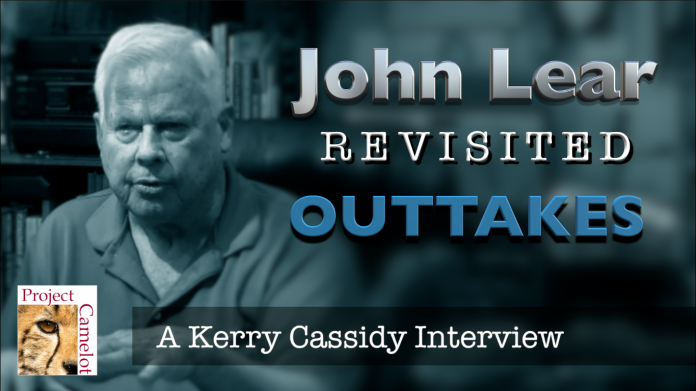 These outtakes are from the May 2017 3-part 5 hour interview with John Lear.

The minute we walked in he started talking so we recorded him as we set up the cameras… Some of the footage has images and in some we just use the banner.