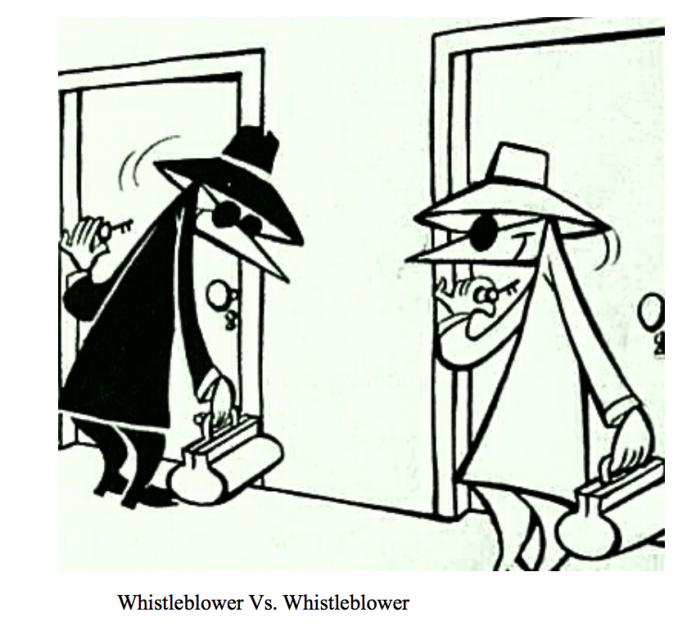 LOS ANGELES – May 22, 2017 – Upon my report ( originally entitled: “Trump Tapped By HAMR Nano Tech Spies?” ), the title was changed because of its wide subject matter, little of which focused on the tapping aspect of Donald Trump and subsequent claims made by whistleblower Dennis Lee Montgomery to a General and Admiral whom unwittingly or otherewise furthered a hoax broadcasted by many other people.

After researching the claims, ‘how they were presented’, from whom they actually originated from, and performing due diligence of the facts, my opinion concludes with the following additional information so, audiences may decide.

While USAF General McInerney cleverly refers to ‘hearsay evidence’ as-to what “people called a rogue server,” facts reveal otherwise, then he ( himself ) rationalizes it as a “rogue server” claiming Hillary Clinton’s server had no “ATO” ( “Authority To Operate” ).

A most curious claim for a ‘SCIF’, unless the SCIF was ‘operating outside the scope of authority’.

It is a fact that the U.S. Presidential Executive Office authority later sequestered ( retained under Executive Office privledge ) e-mail data from the SCIF inside New York residences ( plural ) of Hillary Clinton, whereas USAF General McInerney’s personal claims appear untrue according to the following facts:

C-SPAN recorded a video ( later copied onto YouTube ) displaying members of the U.S. Congress referring to Hillary Clinton’s computer server being a “SCIF” ( ‘Sensitive Compartmented Information Facility’ ), transcripts additionally provide both her New York residence SCIF locations ( including that of Chelsea Clinton’s residence too ) as ‘not’ a “rogue server,” that former USAF General McInerney led people to believe during his interview with Dr. Dave Janda.

U.S. Navy Admiral ( “Ace” ) Lyons, having sent him an e-mail consisting of claims made by:

Montgomery, amongst many other occupations, was a computer software program salesman who in 2010, according to Playboy Magazine, “conned The Pentagon” claiming millions in federal contracts for selling software claiming it exposed embedded messages for terrorists through Al Jazerra news broadcasts; software, later reported as an elaborate “hoax.”

In 2004, ETREPPID was awarded a $30,000,000 million no-bid contract with the U.S. Special Operations Command, and then ranked the 16th largest U.S. federal defense contractor, according to Aerospace Daily.

– Larry C  Johnson ( former analyst for the C.I.A. and ‘source’ of wiretapping claims against Trump  );

The interview is ‘hearsay, compounded by ‘double hearsay’ furthered by ‘triple hearsay’  claims from the following:

Just because people ‘repeat what others claim’, information cannot be solely relied-upon as ‘fact’ – no matter who the individuals are.

Good researchers and investigators understand when there is ‘no hardcopy evidence’, or for that matter any ‘other documented facts’ substantiating any claim by anyone, such ‘cannot be factual unless a factual criteria has been met’.

Such nonsense is being seen more-and-more throughout broadcasts and reports leading the public away from factual understandings underpinning the credibility of citizens of great Nations historically no more.

Guideline standards of broadcast reporting information news appears to have been tossed-out along with much of the truth.