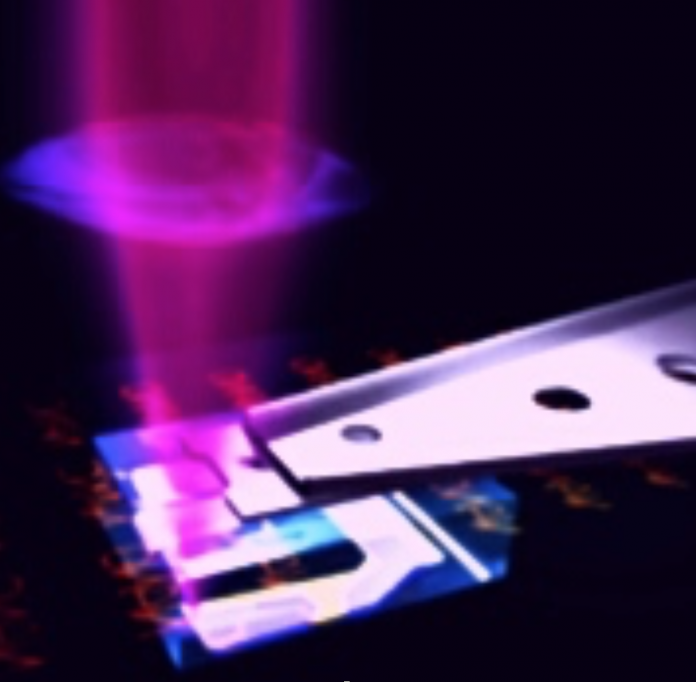 Updated Note:  (The following report is referencing tapping or surveillance via HamR tech however, the question remains, is this is any different than what anyone could experience being a person-of-interest (as many of us are!).  Awaiting further details on this… Developing story – Editor.

Recently referred-to as what people believed was a “Hammer SuperComputer” for supposedly spying on telecommunications may more likely have been referencing a ‘hard-disc drive’ technology known as “HAMR” using a laser to illuminate a nano antenna, a tiny structure with the ideal shape and size for Optimum Light Coupling ( OLC ) to produce the required spot size of data through a ‘floating plasmonic drive-head cloud aimed precisely onto a recording medium ( disc or platten ) within a hard-disc drive for a computer to extract stored information ( data ) from.

The untold secret caveat to HAMR would only be its use ‘in-conjunction-with a supercomputer’ and a ‘software application program module’ incorporating several unheard-of other computer technologies assimilated along with a system of both ground-based and space-based Tracking Data and Relay Satellites ( TDRS ) for telecommunication surveillance systems too.

And, where such combinatoric surveillance system work products are routinely routed by the United States government through its U.S. Department Of Defense ( DoD ) Defense Advanced Research Projects Agency ( DARPA ), a ‘global telecommunications secret gateway’ exclusively through the U.S. federal contractor SYSTEM PLANNING CORPORATION ( SysPlan), however more specifically by its “Teaming Division” network dedicated for U.S. National Security Agency ( NSA ) monitorization of all global telecommunication systems, which is what Edward Snowden had access-to opening information floodgates on both government secret conversations and private communications of Very Important People ( V.I.P. ) and Persons Of Interest ( P.O.I. ) whom “unwittingly use any portion of the U.S. National Infrastructure telecommunications grid.”

How sophisticated are HAMR technology hard-disc drive equipped computers, and how much data can be recorded and held at any remote SCIF computer site location or any Data Fusion Center today?

Heat-Assisted Magnetic Recording ( HAMR ) was originally only able to double storage density to that of any of the best 2012 hard-disk drives.

HAMR technology promises to deliver extraordinary capacities of up-to 60 TB by 2020 with theoretical storage densities reaching 10 TB per square inch, which  long way from 750 GigaBytes per square inch in 2012.

In addition to HAMR hard-disk storage, new generations of Data Compression Algorithms will bring people to the next level of capacities never believed.

Methods of increasing recording disc densities by packing more bits of data per linear inch of track and then placing those tracks closer to each other have technical knowledgeability limitations today.

Hard drive manufacturers have been able to double ( at best ) disk density storage capacities but only every couple years or so.

SEAGATE achieved linear density of 2 MegaBytes ( MB ) per inch, or 1 TeraByte ( TB ) per square inch, more than double current hard-disk storage capacities, however such is ‘not yet publicly available for consumer use’.

While SEAGATE only ‘publicly appears’ to be the first hard-disc drive storage manufacturer to reach and then cross above the 1 TeraByte per square inch industry benchmark, which is still ‘not publicly available’, government has access to such advanced hard-disc drives and far more that exists today.

More information surrounding HAMR ( Heat-Assisted Magnetic Recording ) technologies for computer storage may be found within the research reference links below:

Was whistleblower Dennis Lee Montgomery conveying the truth about a “supercomputer named Hammer” used to illegally tap people’s telecommunication conversations, or was he referencing a supercomputer utilizing “HAMR” technology hard-disc drives he knew nothing about?

HAMR nanotechnology antenna receptors should not be overlooked for just platten data embeddings.

Thank you for your review.