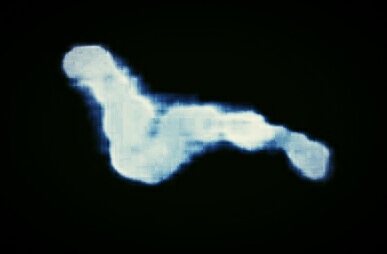 up on personal issues including vehicular and medical, both of which –

operations for myself – is taking longer than I originally planned.

Chances are, I may have to return to southern California to finalize

some other affairs so, who knows where I may be able to call home

( researching and reporting ) out-of southern California for my blog. I

do, however, have ears on the ground out here and my eyes

( near-sighted as they may be, and now experiencing blurred vision from

some bad penicillin I was being treated-for because of teeth

infections ) still ( on good days when I ‘can see properly’ ) trained

Upon arrival, in a ‘far northwest’ area of Tucson ( near Pinal Air

Park ), I spotted so many ‘nightly hovering UFO lights’ shaped like

‘large triangle aerial crafts’ where several appear with a dark

one can see the black sky straight through the center of the craft;

Even more-so are ‘other’ extremely ‘odd shaped lighted aerial crafts’

stretching out from the aerial crafts, specifically in areas

‘every single night’ – some curved like arcs or partial shaped

clandestine airport facility where huge airplanes have been operated

on for decades under contract with or for the U.S. Central

facility ( also known as ) EVERGREEN TRADE; now, all owned by a firm

more likely ‘retrofittings’ of CIA design ), I plan on having a

‘careful heart-to-heart discussion’ with this elderly gentleman on the

arrived out here in February 2017.

adjacent U.S. Army Reserve Training facility and have not only found

enough UFO reports but alien beings and other claims surrounding the

City of Marana ( northwest Tucson, Arizona ) as far north up and along

Arizona as hot beds of extraterrestrial activity claims that local

blinking in the distance. No media reports about how their own light

claims are hovering and moving around at 10,000 feet altitudes down to

a few hundred feet off the ground.

The lights I’ve been witnessing often appear as ‘draped ribbon

arrangements’ ( arcs and curves ) of dotted white lights on ‘hovering

My  cursory search did not find many new reports on UFOs or E.T.

aliens in the Avra Valley area so, because I have ‘personally seen’ so

hovering light arrays; way too large to be military drones or even the

wasteland areas of the Sonoran desert; that situation begs for public

disclosure – in my estimation.

“While UFO reports are predictably more common in higher population

California and Seattle, Washington complete the ‘Top 10’ areas,” per a

shapes” and more, which is quite handy for ‘research’ purposes plus

I have personally seen and even personally tracked UFO sightings above

and just off the U.S. Pacific Ocean coastline of the Greater Los

Bay to the Victorville Valley of the High Desert.

of Taos, New Mexico ) as well as just outside Charlottesville,

Virginia adjacent to the new headquarters for the U.S. National Ground

Intelligence Center ( NGIC ) where I initially began reporting on

My close encounters began in 1972 while in U.S. Air Force ‘air

intelligence operations’ in southern California and again on November

report’ for 1-year after a U.S. Air Force Lieutenant General

‘contacted me’ within hours of my close encounter. Finally, in 2012, I

publicized my latter encounter only by recording it online.

‘strange light crafts’ ( out here near Tucson, Arizona ), a story from

me shall be forthcoming in the Project Camelot column ‘Unwanted

amidst my ‘only temporary absence’ away-from Project Camelot.

Keep up the great work, Kerry and company!