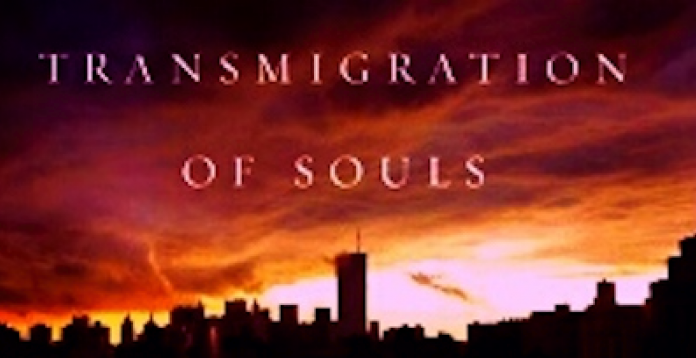 LOS ANGELES – October 21, 2016 – Having an abundant opportunity of time with which to review other people’s revelations and/or suppositions on a wide variety of issues that many ( including, ‘myself’ ) may be interested in, is something most remain remiss on keeping up with on a daily basis.

The ‘cure’ for ‘peace’ on Earth is practicing the ‘intelligence of humanitarian wisdom’, unfound on numbed tongues of diplomats and politicians of today, however people may eventually come to emulate and knowingly trust one another if they ever learn such wisdom.

Without ‘this’ core genome of properly taught ‘well-measured knowledgeability’ we are unconscionably destined to be led astray from that type of ‘strength’ of humanitarianism inherent in us all, which today sees us all so unbridled from. Hence, and consequently growing modern-man populations of people only ‘abnormally’ without the ‘proper ancestral guidance’; save only for but a few having been properly instructed in the arts of such intelligence tradecrafts of long ago.

Historically, the father of Pythagoras knew that his son – during early age childhood – genetically possessed one of the highest intelligence quotients ( I.Q.s ), and so he was guided to conduct certain travel experiences in furtherance of his ‘ability to learn’ such heightening of his own intelligence level.

Whose ‘fault’ is it? Ours, our forefathers, our government, or our private businesses? In all actuality, it’s been kept secret for so long that ‘finger-pointing’ isn’t even in such an equation any more.

Some dispel “intelligence” as being solely designed to negatively impact people’s life contrary to ‘peace’ or attack ‘adversarials’ ( enemies of the State / Nation ), however ancient teachings of Pythagoras did not support today’s self-centered blind ambition, avarice and greed, but rather ‘working cooperations’ amongst people set on ‘positive goals’.

We may still be able to work together, as a world of people, aimed collectively for a ‘new long lasting peace’ without disruptive outside human interferences. I am convinced common people may accomplish this through proper guidance only because ‘elitists’ have ‘not yet’ cornered the ‘knowledgeability marketplace’.

Let’s see what’s occurring with one ( 1 ) international country leader who many despise and yet on the other hand many hold in high regard.

Focusing within my own smaller mundane world of research, I recently began translating, reviewing and analyzing Bulgaria, Russia, Germany and India filmed videos prompting me to then locate English spoken language versions allowing me to understand ‘why’ Vladimir Putin is being viewed more and more as a “Peacemaker.”

What I discovered were extremely recent ( October 20, 2016 ) ‘agreements’ Russia ‘has’ now entered into with certain countries ( Ukraine and Syria ) for cessations of hostilities by implementation of what I see as ‘fetal stages for peace’; not war nor capitulation.

Even more amazing was I found absolutely ‘no’ Western nation or Eastern nation mainstream news media organizations broadcasting any information about these current developments out-of Berlin, Germany ( See Link Above ).

Always in the back of my mind was this C.I.A. global jihad madness continuing to be carried-out, while Vladimir Putin is working in the background for peaceful solutions amidst this other insanity, forced me to look back in time even further to try and determine the origin of the war core having been spawned by the C.I.A. Where did this all come from, which was thrust onto populations of people around the world?

What I found was a ‘legacy era video clip’ of ‘Hillary Clinton’ ( of all people! ) explaining how this C.I.A. jihadi war ball got rolling, and I became amazed because I never reviewed this video clip before so, believing that others missed this, I decided to share it ( herein ).

Keep in-mind, my background having been employed full-time by the United States federal government to become a well-trained U.S. Central Intelligence Agency ( C.I.A. ) military attache specializing in, amongst other matters, Sino-Soviet ( China – Russia ) ‘War Plans Operations’. Hence, it became very important ‘to me’ to understanding how the ‘recent nickname’ of “Peacemaker” came-about for Vladimir Putin.

The very recent fact of the New York Manhattan bridge displayed an incredibly ‘giant poster’ of Vladimir Putin with his nickname “Peacemaker” printed thereon below, made me ponder such.

Now, after having reviewed many foreign language videos, I was ‘finally’ able to locate, for my report ( herein ), ‘English language transcribed videos’ I now provide ( below ) as research reference previously obscured from America because of the sheer volume of videos within YouTube’s public database ( See Below ).

To ‘simple know the background’, see the ‘millions of lost lives and injuries with emotional distress’, witness ‘multiple national infrastructures decimated’ by ‘C.I.A. driven global conflicts paid-for by America population citizen’s hard-earned tax dollars used for such horrific damages on innocent people’, justifies ‘more than just an international revolution’. Such calls-for the ‘extermination of such diseased thought processes generation inhumane plannings and destructive implementations on people’ at-least until an irreversible cure can be forced upon decisionmakers on these conflicts.

This ‘warfaring disease’ has now been identified and requires isolation before spreading any further.

Insanity is defined as one banging their head against a wall hoping their pain will disappear by continuing the same activity over their lifetime. My how good people will begin feeling by simply changing the insane ways of the past.

Send your final message to stop insane governing officials from over-ruling national populations of people. Dismiss ‘attempting’ to ‘remove your registration to vote’ from ‘voter registration records’. Simply ‘do not vote for any politician ever again’. At-least it will be ‘your very own campaign movement’ and you might just enjoy sending that same message around the world to others similarly situated.

‘We The People’ can transform our nations of people into a ‘positive humanitarian power’ we all can one day soon be proud of belonging to.

For now, ‘let all politicians and diplomats eat cake’!

As Donald Trump remarked, “What have you got to lose?”