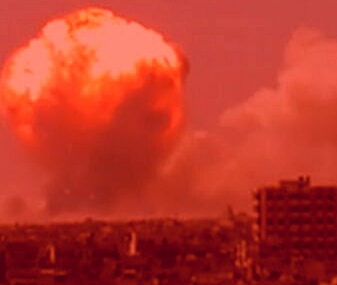 In 1971, while employed full-time during the Viet Nam War as a C.I.A. attache, one of my primary intelligence specialties was War Plans Operations with its secondary specialty focusing on Sino-Soviet war plans operations.

In addition to studies and observations, intelligence war planning analysis reigns supreme insofaras knowing one’s enemies plans and reactions in-advance, has always been an extremely fine science for all Superpowers for decades.

In late 1971, one ( 1 ) of my intelligence mission assignments was war planning a ‘dual nuclear strike’, i.e. code-named ‘Operation Sunrise’ and ‘Operation Sunset’, on the city of Hanoi.

Having been intensely trained in studying Sino-Soviet war planning mindsets for such foreign battlespace war arenas within Third World developing, I am particularly sensitive to predictive analytics on these types of affairs surrounding “national grave dangers.”

Since before August 15, 2016, a certain foreign intelligence fusion center saw their group of professionals come to understand that at-least one ( 1 ) ‘tactical nuclear weapon’ was transported out-of Turkey for  placement near Damascus, Syria.

Currently, a secret multi-national Superpower search is still underway while the United States of America withdrew interest in assisting Russia and in-turn China on that enterprise.