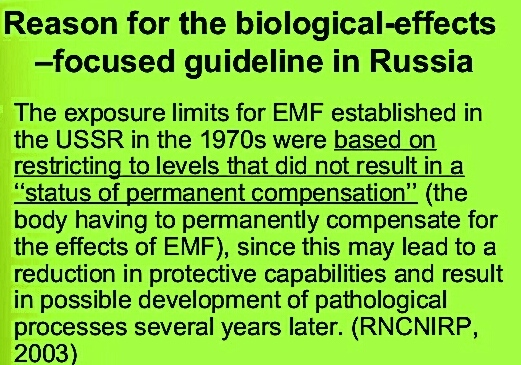 While having foods, seeds, water, tools and equipment at-the-ready ( for ‘bugging out of town’ ) in-case-of any emergency, the government trap of many people unaware of something else should now be learned because it additionally pertains to what your “bug-out bag” ‘contents’ may likely possess hidden dangers you knew nothing about beforehand.

Everyone reviewing this report will learn something more than others so it’s important to pay close attention; especially to the short video clips ( below ).

New emergency situations, ‘never considered’ before, are briefly reviewed in this report also providing a few ‘solutions’ to ‘invisible weapons’ all around you that you did ‘not know’ were even ‘secret weapons’ seen every day and night.

What began decades ago with ‘remote interception of intelligence data frequency signals’ has been turned upside-down against human beings in unconscionable ways shocking public decency.

Falsely promulgated, amidst a specially trained global force of embedded mainstream news media journalists and popular broadcasters, breaking announcements extol the virtues of the ‘seemingly logical benefit’ these technologies provide, however with disproportionate levels announcing no complete warning for people against the ‘hazards to human health’ imposed.

As only one ( lone ) member of this world’s population, over the decades I have occasionally ‘heard’ and ‘watched’ only but a couple ( 2 ) 15-second mainstream news media broadcasts’ about a ( singular ) “scientific study” alleging ‘cellphones’ somehow being harmful to ‘human brainwaves’; and that was all I ever heard on ‘that subject’.

There ‘is’, however, so much more beyond that aforementioned, which even I was ‘unaware of’ so, I quickly compiled some unusual information for this report for everyone’s benefit.

I do ‘not’ go into describing HAARP or anything even-more exotic because what ‘is’ being described within this report was close enough to home as a good enough ‘wake-up call’.

It is now understood that the American population is experiencing hazardous to human health behaviors en-masse from ‘some invisible external force’ that is ‘occupying core brain wave focusing’ on ‘interests other than self-interest and self-preservation’, the biological results of which are driving-up case instances of abhorrent behavior ranging from quickened short temperament through heightened combative publicly open displays of verbal abuse, road rage, physical abuses, homicides, suicides, and epidemic increasing pharmaceutical and chemical dependencies and debilitating depressions cursing throughout more of society than ever recorded before throughout modern man’s existence on Earth.

Unfortunately, for America and the rest of other world nations, there is a secret reason driving more populations mad, and there is a correlation to the widespread use of portable cellular phones reliant on microwave network antenna arrays that have abnormally climbed above scientific technological requirements of telecommunications, and therein is where that mind-control secret rests.

The problem most people do ‘not know’ about, is:

The extent of damaging power and geographic range a ‘multi-signal energy burst’ is capable of by ‘incapication’ of human beings ‘physically’ and ‘mentally’ up-to and including ‘death’ with an ‘attack-level single burst emission’.

I was compelled to share additional discovery details on this and ‘other devices and systems’ I had absolutely ‘no clue’ about.

Now registering off the charts of normalcy, it is believed important for more people to become aware of the extent of such threats surrounding the levels of ‘controlling population masses’; from dumbed-down victims of secret abuses to absolute ‘renderings’

Government Intelligence Communities ( IC ) – around the world – have been using ‘protective countermeasures’ guarding their security where one ( 1 ) of the U.S. government’s ‘earliest protections’ involved “Signals Intelligence” ( ‘SIGINT’ ) classifying “TOP SECRET” a guard against ‘outside enemy intruders’ able to ‘remotely monitor’ computer display screen ‘light emission text content data’ inside government buildings bombarded by ‘invisible electronic frequency’ devices aimed from inside vehicles positioned several blocks away that were designed to extract signals from one building office and then transmit that data to a location on the other side of Earth.

[ SPECIAL RESEARCH REFERENCE NOTE: TEMPEST is a U.S. National Security Agency ( NSA ) code-name referring to spying on information systems through leaking emanations, including unintentional radio or electrical signals, sounds and vibrations. TEMPEST covers both, methods to spy upon others and also how to shield EDP equipment against such spying. ]

‘TEMPEST’ is considered a special type of “Faraday Cage” – an Electro-Magnetic Frequency ( EMF ) form of shielded housing protecting computer data, much of which is incorporated today within what the U.S. government refers to as its “Data Fusion Centers” overseen by its “Intelligence Community” ( IC ) network of “Public-Private Partnerships” ( PPP ) comprised primarily of federally funded Private Military Companies directed under SYSTEM PLANNING CORPORATION ( SysPlan ) and its private company affiliate TRIDATA CORPORATION, which grew to become known as the U.S. Federal Emergency Management Agency ( FEMA ).

From materials as simple as aluminum foil, aluminum screens, galvanized steel trash cans, “anti-static plastic bags or sheets, up to ‘stealth coatings’, ‘anti-microwave cloth’ and more, you can now find ‘healthy solutions for your human body’ and your ‘electronic equipment’ surviving ‘above-ground’ by implementing a variety of measures against “intruders from far beyond locked gates and doors today.

Today, ‘many countries outside America’ see ‘other country governments warning their population’ against such, and their people are becoming more proactive by taking steps to protect themselves away-from such hazards through some very innovative steps designed to protect their health and those of their loved ones too.

By reviewing the following brief video clips ( below ), you will awaken to a ‘secret world of new threats’ plus ‘healthy protective measures’ against ‘invisible intrusions’ now attacking you ( day and night ) without your prior knowledge.

You’re about to learn the basics up-to knowing alot more:

The “Aquarius Group Operations Briefing,” is believed by many to be a government document detailing proof of cellular telecommunication antenna signal frequency tower transmissions as a hazardous to human physical and mental health population control weapon.

However, if there are those so attached to their current socio-economic lifestyles to such an extent they are resolved to due for the sake of those, the rule of oligarchies and the high-paid security guards of governments are bound to overpower what remains of the human race today.

‘You’ provide what’s best for ‘you’ ( and ‘your loved ones’ ) under all chances and circumstances, ‘not governments and not multinational corporate conglomerates’ so, it’s important for everyone to understand the facts of life within the society we all live in today.

Decisionmaking of a ‘human being right to life’ should never be bargained with nor bartered away, and protection levels for these types of choices are your’s alone in cases of any threat perception.

If one is so exhausted from ‘bad news’ then the ‘good news’ is that ‘now you know more’ surrounding what your ‘purpose in life’ is, and since you’re ‘not a planted vegetable’, you are blessed with enough of a mental acuity level, ‘physical strength’, and ‘free will’ to take steps for the preservation of at-least one ( 1 ) member of humanity.

I am confident all whom thoroughly review my reports will fair far better than most others amidst any threat.

‘You’ Are Needed More Than You’ll Ever Know!

Now, go help yourself, because without ‘you’ – others may not fair as well.

Thank you for paying attention, and researching further ( below ).