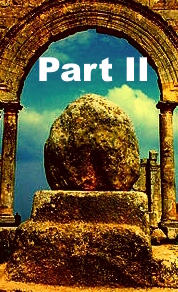 LOS ANGELES – October 6, 2016 – Governments give people two ( 2 ) choices of ‘truth’ that they present, which are ‘both deceitful lies’, while the ‘third ( 3rd ) choice is always kept secret’ away-from people’s knowledge.

The previous report “Third Choice Observations” provided an inside look at just how much both Russia and the United States of America are willing to sacrifice in order to keep people’s knowledge of their third choice ( truth ) secret.

Research references have been provided below for even-better and easier comprehension so, if what you ‘read’ is somewhat unclear to you there are short ‘video clips’ and only a ‘couple of reports’ that will leave no doubt in your mind as-to what your about to review ( below ).

The ‘primary secret reason’ for the current war is Syria actually dates back to 2009 when C.I.A. plan was drawn-up with Saudi Arabia for the nation of Qatar where an oil pipeline is planned to run through Syria up to Turkey and eventually to Western Europe, which my previous report “Third Choice Observations” only ‘alluded-to without any real inside look’ for closer public scrutiny.

Reasons for that report being so aloof was explained within its first prefacing paragraphs as-to ‘why’; promising, however, that the report would nevertheless be ‘walking that thin line’ exposing certain information not touched upon by the mainstream press anywhere in the world.

This current report ( Part 2 ) walks a far closer line where I purposely allow my research references, which are already public information ( if one knows where to look ), cross that proverbial “line” providing ‘you’ ( the public ) with knowledge that multinational corporate conglomerate mainstream news in America will never provide, and that Russia news only hints about but never details in one big picture for the global public to totally know about either.

In the meantime, all that the global public will ever hear about is two ( 2 ) truths, neither of which from America or Russia are the ‘real truth’ or the venerable secret ‘third choice’; the latter ( 3rd information choice ) of which ‘people are never fully informed’ about – that really exists.

Between my reports and their supply of research references, the public will now see what ‘Third Choice Observations’ provide in totality.

[ SPECIAL NOTE: Third Choice Observations – Part 3 was written months ago but never released because it documented U.S. military officials ( one of which, provided an interview of a former U.S. Defense Intelligence Agency director on RT News ) confirming an official U.S. memorandum outlining the C.I.A. running ISIL, ISIS, and Al-Nusra ( Free Syrian Army ), the volatility of which information – when combined with my Third Choice Observations reports ( 2 ) might pose a significant threat to my own life. Hence, that missing link report exists although never published for good reason because the rest of that report details the assassination of former U.S. Ambassador Stevens and what ‘really happened’ in Benghazi, Libya; contrary to what the public thinks it knows but does not know the full extent of the U.S. Administration’s overall far more secret operations there. ]

C.I.A. backed ISIL ( Islamic State in Libya ) support armament came from negotiations between former U.S. Ambassador Stevens in Libya whose last visitor before he was killed was a ‘representative for Turkey’ amidst arranging shipments of Libya’s former Mummar Gaddafi armaments airlifted by C.I.A. logistics crafts at Aviano, Italy to the U.S. air base in Turkey.

Once the former Libya armament was flown by C.I.A. logistics aircraft to Turkey, the C.I.A. had its own funded terrorist group Al-Nusra ( Free Syrian Army ) pass those C.I.A. regulated supplies off to DAESH of the Islamic State in Syria ( ISIS ) terrorist jihad group known as Ahrar Al-Sham that served to disrupt ‘Syria civilian infrastructure’, attack Syrian citizens, and Syria, Russia and China armed forces ( outside Deir ez-Zor, Syria of whom 92 were killed plus over 100 seriously wounded on September 17, 2016 ) ‘predominantly within certain C.I.A. plotted geographic regional corridors of Syria’ where the Qatarian oil pipeline has been charted for being established in the future in a U.S. effort to destabilize Russia’s contract of Winter fuel supplies from Ukraine to Western Europe.

The U.S. economic strategy has been to capture control of Ukraine’s huge reserves of shale oil and shale gas away from Russia so, Western Europe can call a default on its contract with Russia, and thereby allow Western Europe to be supplied with U.S. arranged Saudi Arabia contracted Qatar oil for Western Europe.

The U.S. hopes to ‘make the rest of the world believe’ that somehow Russia believes America’s C.I.A. wants ‘both’ the ‘Qatar oil pipeline through Syria’ and the ‘Ukraine shale oil and gas supply pipeline’ for exclusively feeding Western Europe energy contracts and thereby starve-out Russia energy supply trade economically. There’s only one ( 1 ) problem with that ‘ruse’.

America and Russia ‘secretly engaged-in a special agreement’ by which, for a ‘percentage of both oil supply pipelines’, that ‘both America and Russia’ would secretly share, ‘after the Syria government Assad Administration falls under terrorist attacks funded by the C.I.A.

And ‘that’ is ‘why’ both ‘America and Russia’ will ‘not release the details’ arranged by U.S. Department of State John Kerry with Russia.

This cooperative, amongst seventeen ( 17 ) nations, includes:

In 1972, the U.S. secretly knew, that China holds a multi-trillion ton yield of petroleum reserves – far more vast than Saudi Arabia and Iran ( which, alone, supplies 6% of the world’s petroleum ) combined – located in the far north east although then-buried for the most part under frozen tundra that is extremely hardened naturally.

In an unexpected shift of The White House issued U.S. Foreign Policy, on August 29, 1972 America’s President Richard Nixon began selling ‘technologically advanced oil drilling equipment to China’ so it could begin producing petroleum under a secret contract with the United States.

It is not rocket-science, although absolutely unconscionable to see America, Russia and China – all with the hundreds of trillions of tons of petroleum reserve yields already in their collective possession – killing and displacing so many innocent people, and only because these Superpower’s blood thirst greed, avarice and blind ambition to gain yet even-more petroleum energy to sell for a profit amongst multinational corporations around the world.

I seriously doubt that Syria President Bashar Assad even knows the ‘third choice’ for him is to leave Syria permanently. Simple fact is, ‘if he really knew’ he was ‘already dealt out by Russia’ then he would have already left Syria by now.

Russia and America intelligence agencies are playing deadly war games while simultaneously convincing everyone ( even their own people! ) that there are only ‘two choices’: Russia or America. Hence, the ‘third choice’ remains a closely guarded secret between America and Russia.

With the changes people face and will continue to face, at least ‘now’ they’ll know that the price they paid was to whom and for what reason.

And, ‘that’ is the ‘secret’ underwhich the “Third Choice Observations” report reveals such complex information to humankind around the world today.