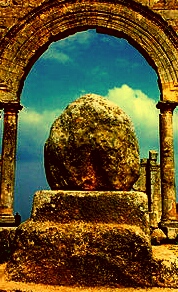 LOS ANGELES – September 30, 2016 – “There will be rumors of war,” and just as that venerable biblical prophecy prescribes, today there are certainly a plethora of “World War III” scenarios being religiously presented day and night all over the internet.

I do not ascribe to “rumors” nor do I ‘spread’ such. What I perform is “high-risk research” and more.

Digging down deep, into multiple global rabbitholes, where either most fear to tread for themself, or as most audiences discover, there is not enough time to perform or, how to learn precisely that, which has taken-up over 45-years of my life doing for others.

I don’t ‘charge’ for my little reports, which are typically small public information announcements with video links filling-in blanks to more, which people can easier consume or simply refuse to digest. The fact that I even ‘wrote a report’ is a clue for some that there is actually ‘more’ to the subject, which I can only hope some will further research to discover what I learned that I really cannot detail ‘publicly’ any further about.

Most people understand they have as much of a ‘free will’ for such as do I; the latter being held ( because of my background ) ‘within certain tolerances’.

As a result of my special expertise followed by intense research, most of the time I find myself revealing something beyond what I basically intended for public audiences.

This ‘problem’ of ‘mine’ ( and mine, alone ) is termed revealing “Unevaluated Intelligence,” which unfortunately I have come to know more about and consequently have to ‘tune-down nowadays’ because, such is now consIdered by the U.S. federal government as being a ‘criminal offense against laws pertaining to U.S. National Security’.

In other words, publicly revealing some information that ‘later becomes securitized with a national security classification’, is violative of America federal law, and ‘this fact’ is not widely broadcasted to the public so everyone knows.

Over several decades of specialty research and other work-relateds, within the Intelligence Community ( IC ), I’ve ‘learned the hard way’ how-to convey information in a uniquely different format other than the clear and concise manner that most, e.g. public officials, organizational spokespersons, scholarly broadcasters, and even a high school newspaper journalist drafting a “Class Prophecy” conveyed to graduating Seniors.

How-to walk a most-difficult thin line, revealing information not commonly known by the public, without being prosecuted, means having to employ novel pretexts throughout report conveyances of certain studies, observations, and predictive analytics without spelling out ‘finite details’ or ‘information road maps’ surrounding certain conclusions, which audiences ( private individuals, organizations, and governments have – over decades – come to review.

I no longer ‘work-for’ or ‘work-with’ any governments, organizations or individuals connected directly or indirectly with either types of such entities.

Being a ‘freelance researcher’, is one thing, and being an ‘extremely poor writer’ is another.

Enjoyable is, bringing certain information to people for enhancing their knowledgeability beyond what is commonly available; a passion of mine.

The public will ‘not find’ my particular skill-set for-hire anywhere, nor privately advertised, and certainly not listed in the ‘Yellow Pages’ either.

There are places in time where ancient history, deleted by secrecy, becomes resurrected through my reports. This one is somewhat different because it provides matters of the past with matters of current day activities only to clear-up one’s skepticism by opening one’s mind for their future.

Information sets I convey in reports, at-times, may appear quite disheveled or disjointed and there are purposeful reasons for such giving a lot of headaches to many. Most simply give-up reading my reports. There are, however, only but a few whom don’t and grind through it all. Typically the latter are those familiar with complexities within certain topic ranges I convey for review so, in-case anyone’s wondering – ‘yes’, I still receive ‘government e-mail cautionaries’ on-occasion – I know ‘where the line is drawn’ by ‘Big Brother’.

This report rides that line where the U.S. Central Intelligence Agency ( C.I.A. ) secretly operated until September 18, 2016 amongst what is called the Dead Cities of Syria dating back to the 1st century ( likely even earlier ); once long forgotten places – no more.

My report intentions are simply trying to heighten awareness levels on a variety of educationally stimulating subjects surrounding some points of  human interest not easily discovered by population masses glued to only their cable television sets, laptop computers, or smartphones; providing broadcasts albeit from multinational corporate mainstream media or seemingly independent alternative forms of entertainment.

‘Dead Cities’ are difficult to reach without a guide so, your adventure now begins.

It was this latter Russia strike on the aforementioned Western Intelligence command post bunker, which actually caused America to break off its early September 2016 ceasefire agreement with Russia.

A long time noted philosopher and member of the Russia Kremlin, Alexander Dugin, reported on the serious nature of a seriously escalating but secret war brewing between the United States and Russia over Syria.

Here is a non-disguised video clip, believed to be of General Ahmad Khalid Birr ( name is likely a Saudi Arabia intelligence alias ), in early 2016:

Without a way to feed fuel through a pipeline from a Qatar petro-chemical secret reserve supply – supported by Saudi Arabia – the war in Syria ensues because it will never allow the U.S. to supply Western Europe with fuel after the U.S. sees Ukraine supply of shale oil and gas to Western Europe thereby throwing Russia into default on its contract with Western Europe

This war, and ‘larger more intense wars’ ( nuclear, particle beam, flocculator sonic and photonic types ), to-come – as in the past – are attributable to the never-ending insatiable thirst amongst elitist’s festering greed, wild-eyed ambitions, and avarice to control others.

Governments Show Only Two ( 2 ) Choices But, Which ‘Truth’ Is ‘Correct’ For You?

People are ‘too accustomed’ to being given two ( 2 ) “choices,” however only a very few are knowledgeable enough to know ‘both are incorrect and a third ( 3rd ) choice is the ‘correct choice’; this latter knowledge is ‘always kept secretly away-from you’.

Important not to consume ‘either poisons’ presented. Simply ‘consume only what you have created for your self and loved ones’.

If you have no idea ‘how-to survive the will of others whom are secretly planning your demise behind your back, you had better learn fast ‘how-to survive on your own’ while simultaneously distancing yourself away-from the masses whom won’t; for ‘it will be they whom you shall otherwise find standing in the way of your survival’.

Survival depends only on you’ and ‘your foresight preparing for the worst’.

Better to be looked upon by masses as an ‘odd bird’ than to become one of those laying alongside them.

I, for one, am confident that all people have a third ( 3rd ) choice.

The following day on September 18, 2016 a Russia warship launched KALIBR cruisemissiles striking a secret CIA intelligence communications command and control center bunker located northwest of Aleppo, Syria within the mountains of St. Simeon where Syria’s ancient historical sites are located and used to cover-up the 250 multinational Western intelligence staff insIde the CIA bunker that was completely destroyed killing all US, UK, Saudi, Qatari, and others within.

Subsequent to the destruction of that C.I.A. command post in Syria,

America called for the United Nations to convene a ‘special session’

of its ‘Security Council’ where the United States formally broke its

previous agreement on Syria with Russia. No mention at all as-to ‘why’

such occurred nor were any details publicly discussed at that time.

Subsequent to the aforementioned having occurred, a U.S. Department of

State video on September 28, 2016 its ‘Daily Press Briefing’ was led

by U.S. federal government spokesperson John Kirby who in the course

of answering press questions as-to what will happen after Secretary

John Kerry’s “threat” directed to Russia for bringing about an

immediate cessation to hostilities in Syria, particularly the City of

JOHN KIRBY: “The consequences are, that the:

– Civil War will continue in Syria;

“vacuums that are there’ in Syria, to expand their operations, which

Russian cities, and Russia will continue to send troops home in body

– They [ Russians ] will continue to lose resources; even, perhaps,

The following official video ( link beliw ) , of the aforementioned

situation, was on YouTube but pulled off the internet, but does remain