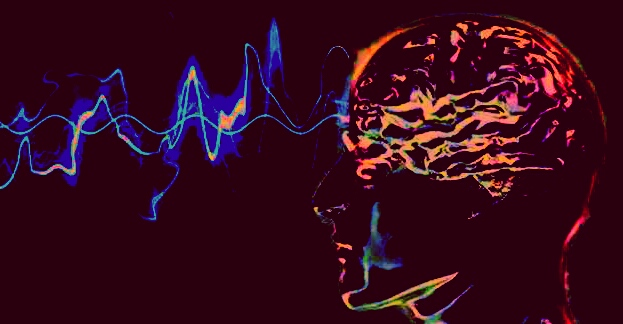 LOS ANGELES – August 2, 2016 – There will be rumors or war; and perhaps, far worse – for what most people may not suspect today.

Recently, I was asked to review three ( 3 ) ‘remote viewing’ perspectives narrowed-down to a believed August 2016 predicted national emergency involving what appeared to be an event involving interstate highway collapses, building collapses, human bodies “fused” into structures, and what appeared to be a ‘Roll on / Roll off’ ( “Ro-Ro” ) container normally delivered by ‘foreign cargo ships’ to America seaway maritime ports of entry into the United States.

To learn a little more about “remote viewing” the following video ( below ) should be far more informative:

Since November 11, 2011 a recurring nightmare I have rarely ( if ever ) detailed publicly surrounding an 8:00 – 8:15 p.m. ( PST ) nonreferenceable sighting whereupon envisioned was a precise fly-over “prior to a nuclear explosion’, which I don’t expect anyone to make any sense from this because more is involved, which I have a difficult time emotionally recanting for ‘public readership’.

Where U.S. Interstate 110 ( I-110 ) dead-ends, adjacent the Port of Los Angeles in Southern California, more information ( from ‘other than’ the ‘unreferenceable sighted source conveyance’ ) began this ‘unexplainable plagued feeling of uneasiness’; especially to ‘subsequent information’ from a ‘human source’ who worked nearby on a classified government long-range countermeasure array detection system within Los Angeles harbor ( proper ) federal government national security, provided enough secretly to convince me a ‘nuclear event’ in the ‘not too distant future’ ( I could not pinpoint any date ) was more likely to occur than not.

And, while ‘these sources’ are still verifiable by ‘at-least’ two ( 2 ) independent witnesses of mine, I only have ( in-addition to ‘them’ ) my own personal experiences plus what some throughout my life call an “uncanny intuition’ ( let’s just call ‘it’ only ‘that’ for now ); proving out matters ( unknowledgeable to others ) to be true on each occasion provided only as long as I am willing-to and able-to hang-on to such beliefs until their eventual conclusion; something I have always been oddly tireless to perform – with or without adequate rest. I think the best word to describe this is what most call “driven” by a ‘gut instinct’.

[ FOOTNOTE: There may be a third ( 3rd ) witness, who I believe ‘knows’ ( for a ‘fact’ ) what I have come to suspect, however I should not publicly name him because of who he is; at-least until I can speak with him ‘privately in-person’ ( again ) to verify an uncanny coincidence involved his piloting the unreferenceable craft I encountered. Fact-is, he flew certain types of crafts and commanded the U.S. National Reconnaissance Office ( NRO ), plus far more. ]

A ‘few brief video clips’ ( below ) help to ‘instantly understand more’ than the ‘government would rather you not know anything about’.

Low-yield ‘blast’ Circular Error Probability ( CEP ) of ‘3-miles’ ( area diameter ) used primarily to emit enormous quantities of deep-penetrating neutrons throughout concrete buildings to specifically ‘kill people’ while for the most-part ( outside the 3-mile CEP ) leaving ‘buildings intact’ and atmosphere and ground environment uncontaminated from any long-lasting radiation harmful to human health; subsequent to the initial blast.

The following video clip, however while indicating much other nuclear type bomb informations, disputes this aforementioned ‘verified government intelligence fact’ as being ‘partially false’ insofaras ‘radiation’ levels and degree of ‘building destruction’:

Russia logistics and financial conduit support for Iran supplied with equipment from Serbia, and materiale from Democratic Republic of Congo and Tuwaitha, Iraq and Benghazi, Libya to ISIS transportation to Jordan, then via ‘sea’ to The Netherlands ( Holland ), and then via ‘sea’ in a ‘well insulated shipping container’ just outside a California ‘shipping port’ city in America believed to occur during ‘2016’:

Awakening to vigilance for survival means that any time something seems ‘too good to be true’ it is time to get busy ‘protecting yourself with more knowledge’.