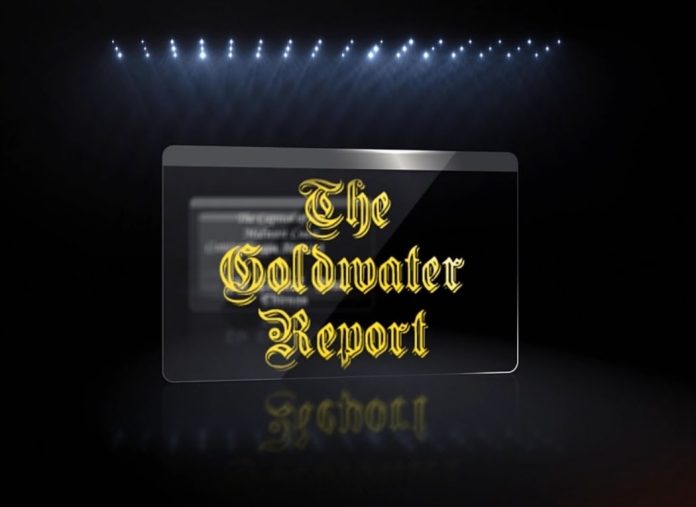 LOS ANGELES – March 7, 2016 – Today, far more can be understood correctly by researching history that governments have hidden for centuries.

How the “North” ‘really’ won the Civil War was ‘not’ according to battles you read about in U.S. History classroom books.

It takes lots of ‘money’ to win modern-man wars, and all the great wars of our era were only won based on ‘which side’ stole the opposition’s ‘gold treasury’ first, which determined who ‘won’ and who ‘lost’ the U.S. Civil War.

In wars of ancient times, it was about “battles” and how many soldiers could be cleaved to death on battlefields and then prying open kingdom gates where the ‘gold’ treasury laid buried.

U.S. History of the Civil War hid the fact that a select group of “highwaymen” ‘robbed’ the ‘transport’ of ‘gold’ secreted out of Richmond, Virginia.

The further secret to ‘that’ “highway robbery” was the fact of ‘who’ stole that “gold” and what ‘he’ ( Junius Spencer Morgan ) did with it, and just how ‘he’ hostaged the United States government treasury for ‘centuries’ based on “interest” the U.S. government is ‘still paying’ on the loan ‘he’ provided to have the City of New York ‘sewer system built’.

The trouble is, the following was never drafted for public consumption and after reviewing the links is so complex that few will be able to digest what it means for today.

“… U.S. financial history records from a Civil War era business deal involving a significant amount of U.S. gold coins – believed stolen from the ‘Confederate States Of America’ Central Bank in Richmond, Virginia – that was moved out of America by Junius Spencer Morgan (aka) J.S. Morgan and his partner William R. Grace ( W.R. GRACE & COMPANY ) whom negatively impacted the market price of U.S. gold when deposited into the BANK OF ENGLAND, but when those gold coins were returned to the United States Junius Spencer Morgan (aka) J.S. Morgan and his investment partner William R. Grace ( W.R. GRACE & COMPANY ) made hundreds of millions of dollars and then began manipulating a foreign trade investment deal between America and Peru through their own New York based international financial trading investment merchant agents DABNEY MORGAN & CO., HOBSON HURTADO & CO., a contractor PERUVIAN CORPORATION LIMITED, and consignee UNITED STATES GUANO CO. that saw to the international distribution of thousands of $1,000 in U.S. gold coins promised ‘Certificate Of Indebtedness Of Peru’ bearer bonds plus interest sold to thousands of private investors whom became involved with Peru guano export trade with the United States …”

” … Prominent international financial trading merchant houses conducted a wide variety of contract related business activities ‘in-house’ where that close knit privacy served to keep competitors outside and uninformed as to the extent and scope of each individual business activity serving to support each contract held by a ‘House’ ( ‘Company’ ).

Running true to course, creatively written news stories began flairing reports that gave House ‘activity and work capacity titles’ nick-names that confused readers and politicians whom became blurred as to which House ( ‘Company’ ) was doing what, where, when, and to whom.

Nick-naming House ‘activity and work capacity titles’, during the 19th Century, served making it difficult to ascertain ‘what kind of company’ – capable of what type of work activity – was actually being mentioned in news articles where one ( 1 ) Company ( ‘House’ ) would eventually be read as being six ( 6 ) companies – all which were never named by the print media.

Although many Houses appeared and claimed to be performing a variety of contract services ‘in-house’, the fact is a variety of services were sent to differently named subsidiary companies inside Holding companies never identified to the public.

At the time these U.S. Gold private securities were sold, transferred, and/or promised, the Company ( ‘House’ ) of HOBSON, HURTADO & COMPANY ( New York City, New York, USA ) signed, guaranteeing repayment of these bearer bonds, claiming they were the ‘Financial Agents of Peru’ contracted by the Peru government issuing its ‘exclusive Peru export license’ naming ‘guano’ ( sea bird dung, used as fertilizer ) as the Peru product for ‘export only to the United States of America import market’.

When MORTON, BLISS & COMPANY was acquired by merger, all of its financial assets and obligations were turned over to its own established private financial institution named ‘MORTON TRUST COMPANY’.

When the MORTON TRUST COMPANY was acquired by merger, all of its assets and obligations were transferred over to and through a series of yet other periodic Mergers and Acquisitions ( M&As ) with numerous other financial institutions in New York City, New York, USA that eventually became known ( 2004 ) as the J.P. MORGAN CHASE BANK NATIONAL ASSOCIATION ( see brief below ):

Fooled By Your Own People

Few will bother thoroughly reviewing or researching further the aforementioned two ( 2 ) reports I wrote in 2010 to fully understand ‘why’ the people of America are working themselves to death for all these centuries while being kept in the dark.

This government should have been overhauled centuries ago, which is what the Southern Confederacy had planned in the U.S. Civil War, but that didn’t turn out right so, you are all stuck where you are because you’re complacent sheep whom prefer to keep on living in a fantasy world rather than the world you could have been had history been otherwise.

For a few awakening to the facts of just how bad they had been convinced by U.S. government education history teaching lies in order to propagate the unjustices we see running rampant today.

How many remember anything the first ( 1st ) President of America said? None of you! Not a one ( 1 ). And, the reason I know is because you’re still belly-aching about the State of the Nation and your politicians.

There is one ( 1 ) place on the internet where everyone can begin learning the ‘true’ “intent” for The People’s “liberty” initiated by the founders of this great Nation we call “America” today in the absolutely profound words of George Washington, here:

Cordially submitted for your closer review and your commentaries by,