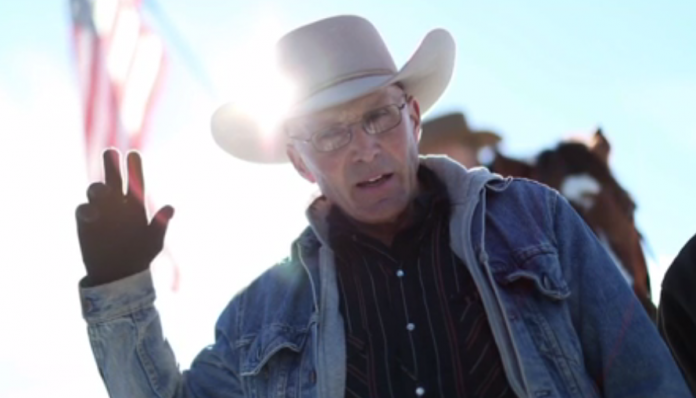 LOS ANGELES – January 31, 2016 – This report should serve as only one ( 1 ) important lesson for America History the world can now behold.

The following reveals the insidious treacheries of two-legged predators versus two-legged prey as members amidst the population around you.

To unbiasedly discern ‘good from evil’ can only be performed by eyewitness accounts and by professional observers having nothing to gain when providing the truth so all can bear witness to wrong-doings of humankind.

This is a story about human interactions of misunderstandings driving people too far.

Just a little research homework goes a long way into knowing the truth were there ‘is’ even-more truth to behold.

The people named ( immediately below ) in the following report ( further below ), are:

The narratives for videos ( below ) show and tell what many people may have missed.

And, even if all the videos disappear away-from people there are two ( 2 ) matters that cannot:

1. The life passing of Robert LeVoy Finicum; and,

2. The senseless use of defacto or dejure ‘militarized men’ whom ‘pose’ as one type of human being amidst populated communities versus another without conscience as the two-legged beasts they emulate out-of public view.

This report is designed to awaken people to a force of bestiality the likes of which has not roamed the Earth amongst civilized population centers in modern man’s lifetime since the fascist force of Gestapo during World War II.

This report should serve as only one ( 1 ) important lesson for America History the world can now behold.

The following reveals the insidious treacheries of two-legged predators versus two-legged prey as members amidst the population around you.

To unbiasedly discern ‘good from evil’ can only be performed by eyewitness accounts and by professional observers having nothing to gain when providing the truth so all can bear witness to wrong-doings of humankind.

This is a story about human interactions of misunderstandings driving people too far.

During the evening, from within the parking lot just outside the Harney District Hospital ( Burns, Oregon ) that is under ‘law enforcement orders’ of a “lock-down”, Santilli is seen advised by “Deb” ( Santilli’s female assistant ) that she just got off the phone with “Brandon Curtis” who spoke to the FBI, advising that “Those at the refuge are free to leave but they have to leave ‘now’.”

Santilli then speaks to someone on the phone [ TEL: +1 (541) 588-…. ] believed to be Brian Cavalier ( Santilli’s ‘confidential informant’ at Malheur wildlife refuge center’ ) and when he concluded that call as Santilli leaves the hospital, Deb asks Santilli who he had just spoken to and Santilli tells Deb, “You don’t need to know,” and another man ( in the back seat of Santilli’s black GM SUV ) named “Kenny” are enroute to what eventually becomes a ‘night-time roadblock’.

Santilli is then seen driving on a Burns outskirt ( where no city lights are ), and ponders ‘again stopping by the FBI compound’ ( a remote airstrip ), but then considers that ‘not a good idea’.

In the midst of Santilli considering where his destinations will be, he receives a phone caller who he addresses as “Brandon” and relays that “Captain O” spoke with the “FBI” advising that ‘the occupants currently inside the Malheur wildlife refuge center were free to go but that they must leave now’.

Santilli then receives ‘another phone call’ and speaks to “Blaine Cooper” who Santilli advises to “assume the ‘leadership role’ at the wildlife center,” and then asks Blaine to ‘stand-down’ ( vacate the center ), failing which Santilli then asks Blaine for permission to retrieve ‘at-least the women and children from the center’, failing which Blaine hangs-up on Santilli.

Santilli calls Blaine back and Blaine hangs-up on Santilli a second ( 2nd ) time.

As Santilli continues narrating from within his black SUV, the video tape is ‘stopped again’.

( Pete Santilli, Deb, and a resident of Burns, Oregon who drove to the “morning meeting’ in John Day, Oregon ); and,

Santilli continues his narration ( from within his black SUV ) only until driving up-to the ‘nighttime road block’ whereupon ‘many men’ are positioned near ‘concrete barricades’ ( blocking the middle of the road ) where these men are seen wearing ‘militarized uniforms’, ‘combat helmets with cameras affixed thereto’, armed with ‘militarized fully-automatic fire machineguns’, and on the outside upper portion of these uniforms the word “SHERRIFF” is affixed thereon, and then the ‘video tape is edited-out’.

Santilli continues asking to approach the men, and then the video tape is ‘stopped once again’.

When the video begins filming again, seen is ‘several men standing near the concrete barricades’, one of which is Santilli, and then the video is ‘stopped once again’.

When the video starts again, ‘Santilli has already been arrested’, and ‘Kenny ( from the backseat of Santilli’s SUV ) is ‘heard’ saying, “We have no weapons in the vehicle” and “Can you stop pointing your guns at us,” and then the ‘video is stopped again’.

What is edited-out, is: Kenny asks for Santilli’s smartphone and one of the militarized men goes to retrieve it and hands it to Kenny who is sitting behind the wheel of Santilli’s SUV.

When the video resumes, you see the city lights of Burns and Santilli’s temporary residence Motel sign ( yellow with red letters ), and then the video stops again.

Edited-out, was: Just before Kenny drives ( the evening og January 26, 2016 ) Santilli’s black SUV into the driveway of that Motel, Deb is talking on the phone with an audibly-unidentified person who she tells, “It’s 11:00 o’clock here.”

After the aforementioned editing, the video resumes but this time heard is Kenny referring to ‘someone else’ in the vehicle named “Tim” where the topic surrounds ‘shutting-off the vehicle that has no key to start it back up again’ and Tim suggests ‘just keep the vehicle running,” a suggestion to which Kenny’s reply is heard, “We can’t do that.”

Now, the following ‘close-up video tape’ is filmed from ‘atop the militarized helmet camera’ worn by one ( 1 ) of the militarized men ( wearing the “SHERRIFF” logo ) near the concrete barricades where ‘clearly seen and heard’ is Santilli asking the ‘militarized men’ to let him go up to the Malheur wildlife refuge center to bring the occupants out.

As Santilli is repeatedly ‘denied permission’, just when he is about to walk away, he turns around and then ‘starts asking for permission again’ from these ‘militarized men’, and as they tell Santilli that what he’s asking “cannot be allowed tonight,” another ‘militarized man’ walks from where the law enforcement vehicles are parked behind the barricade and after he passes in-between the barricade walks up to one of the other ‘militarized men’ he’s seen speaking-to and then Santilli is seen being actually placed under arrest.

Victoria Sharp ( 18-yr. old singer ), who was inside the vehicle of Robert LaVoy Finicum, gives her first-hand audio full-accounting of the ‘militarized law enforcement assault’.

Earlier, before being removed off-of the internet, I had viewed an ‘un-edited’ and ‘very clear’ video filmed by a drone capturing ‘multiple shootings’ of “Robert LeVoy Finicum” who after being ‘shot the 1st time’, blacked-out but then ‘regained consciousness’ and was seen laying on his back in the snow while moving his ‘right leg into an upward bent position’ and then he ‘tried to roll himself over on his side’ ( in the snow ), but was ‘shot again for the 2nd time’ laying him flat in the snow with ‘both his arms stretched-out above his head’ in the snow, and then he was ‘shot a 3rd time’, all of which precisely matched ‘only this one ( 1 ) aerial drone film footage’ ( no longer available on the internet ) – of the ‘militarized law enforcement multiple bullet strike killings of Finicum’ -followed by another barrage of ‘bullets’,  ‘explosive bullets’, ‘incendiary flash bang bullets’ and ‘tear gas’ ammunition began peppering Finicum’s SUV vehicle stuck in a huge snow drift, which follows precisely the audio accounting of Victoria Sharp who was inside that vehicle along with two ( 2 ) other occupants; and, had ‘they exited that vehicle’ ( after Finicum was killed ) they too would have been ‘shot and killed too’.

If anyone doubts the veracity of claims, as aforementioned, please know ‘copies of those referenced videos’ at a later time may or may not be available. Hence, it might not be such a bad idea to ‘download the information now’ and/or ’embed them into a webpage’ for posterity before they are removed by the ‘militarized men’.

All, were ‘not’ “SHERRIFF” as many were led to believe but “Private Military Contractors” ( PMC ) as those from “BLACKWATER” ( some call ‘Black Goo’ ) because of ‘how the assault was conducted in such an unprofessional manner’ against Finicum, Payne, Cox and Smart.

When was the last time you saw a “sniper” chase out into the open to “shoot a live target”?

Some of you ‘professionals’ might want to think about that.
Cordially submitted for review and commentary by,
The Unwanted Publicity Intelligence Guy
E-MAIL: UnwantedPublicity@GMAIL.Com
WWW: KentronIntellectResearchVault.WordPress.Com