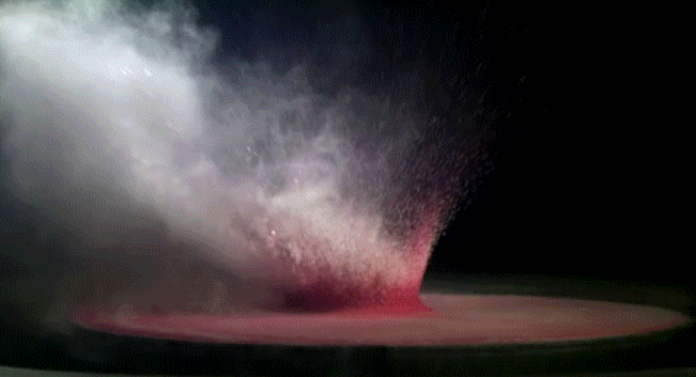 The suspected danger has ‘not passed Earth’ and now based on ‘further
new information’ this asteroid may ‘possibly be worse than previously
understood.

The Impact Table, although not recomputed since June 2015 provides ‘no update’:

What makes this particular asteroid unique are several things:

2. NASA once used these ‘same coordinates’ and ‘same date’ for an Planetary Hazardous Asteroid ( PHA ) exemplification ( ‘example’ ) of what commoners refer to as an “Extinction Level Event ( ELE ),” however that ‘official webpage example’ has now been ‘erased’;

3. NASA even further erased ‘this particular asteroid numbered object’ claiming it was “lost;” and,

4. ESA ( European Space Agency ) is ‘still tracking the approach of this same asteroid coming to Earth’.

Since April 18, 2015, when the short history of asteroid 2015HR182 began, has seen it oddly maintain its ‘minimum’ Astronomical Unit ( AU ) distance of “0” indicating a ‘direct impact’ on Earth.

Should asteroid 2015HR182 ‘not wobble out-of its officially projected minimum distance measurement’ then a ‘100% accurate impact with Earth will occur.

Earth could be in for one heck of a whallop in just a few days.

So, is ‘this’ “natural event” or ‘some other’ “man-made” ‘event to end’ JADE HELM by October 15 2015 as the U.S. government officially stated all along was when their “exercise” would “end”?

Does the U.S. government have a ‘planned event’?

Intelligence sources revealed to me there is a multi-faceted global plan that has been underway for the past several years now.

Not only to forcibly draw China out-of Syria so Saudi Arabia can reap revenues from the Qatar gas pipeline supplying Europe thereby ‘economically burying’ Russia’s planned GAZPROM reliance by all of Europe, plus more.

Intelligence further reveals IS / ISIL / ISIS was purposely and strategically placed as ‘global armed cover’ surrounding ‘ancient historical sites’ identified by the CIA as having ‘ancient technologies’ buried beneath them, and that supervised private-sector contractors were used to tunnel-under those particular sites and steal buried ancient technologies the U.S. would use at no-cost so America could surreptitiously dominate all international economies by exercising what will appear to be “natural” emergency events applied by these new weapons of mass destruction.

Welcome to the New World Oder ( NWO ) travelling at lightspeeds ahead of all the ‘little people’ ( us! ).