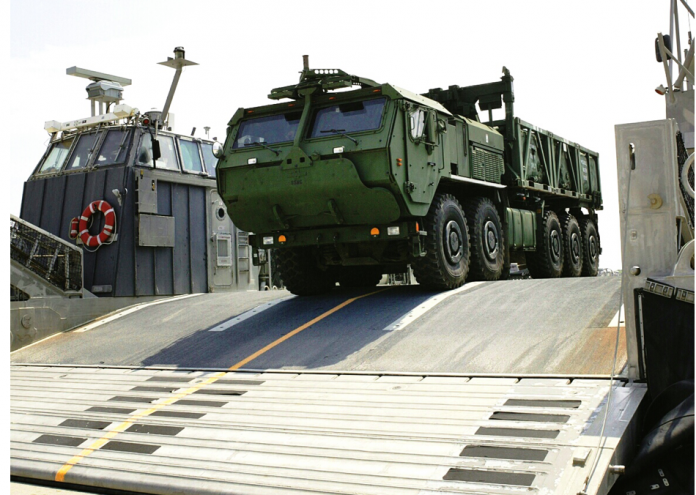 LOS ANGELES – September 4, 2015 – In late August 2015, I spoke briefly with a friend who, having returned from active U.S. military duty in Iraq, is now currently serving the remainder of his military obligation as a Reservist – under control of the U.S. National Guard Bureau ( NGB ) – within the U.S. Army National Guard ( ANG ).

He indicated they ( Army National Guard ) are “not allowed to talk about the ‘upcoming ( September ) status change’,” I only conveyed as a pretext designed to solicit any further details, which he would not elaborate upon.

This morning ( September 3, 2015 ), I just learned from another friend ( of his and mine ) that our mutual friend ‘suddenly resigned’ from his ‘civilian job’, and is moving to Milwaukee, Wisconsin ‘next week’.

Keep in mind, my friend, ( in the U.S. Army Reserves ) who just resigned his civilian employment, is ‘not online’ and does ‘not follow online website rumors’ and was ‘totally clueless as-to what people online suspect is an ‘unknown event circumstance’ about to occur this month ( September 2015 ).

He asked me ‘how’ I heard they ( Reservists ) are being “Activated in September,” and I told him that a few of my contacts still in government indicated as much. He then reiterated, “Well then, you know why I can’t say anything more.”

Today ( September 3, 2015 ), I learned from another contact of mine – whose father is retired U.S. Army Special Forces and whose brother is a U.S. Army Airborne Ranger – who spoke with my other friend ( the Reservist ) who conveyed the reason ‘why’ he is moving out-of Southern California and moving in-to the Milwaukee, Wisconsin area.

He indicated that because of his race ( ‘hispanic’ ), family, and friends all being in Southetn California that he doesn’t want to have to be shooting anyone ‘here’.

He further indicated he would likely be ordered by the U.S. Army in-to Michigan where he might feel like he’s more back at war in the Middle East than at home in familiar surroundings of Los Angeles, California.

Both of ‘these’ two ( 2 ) particular friends of mine are not outspoken, gregarious or flamboyant individuals; in-fact they’re both indeed very much soft-spoken individuals who are quite the contrary – extremely quiet, keep to themselves and shy-away from boisterous others.

Now, ‘alone’, that aforementioned information would not be overwhelmingly alarming for most, were it not for the fact I ‘do’ have a close family ‘relative’ who I have never known to be anything other in his personal life than always as ‘serious as a heart attack’ when it comes to his work and family obligations.

This man ( immediately above ) is a current government employee under a state federal office of emergency services program branch where he’s one of that government emergency communications expert top mobile trouble-shooting systems and antenna relay technicians in-charge of servicing remote secret locations bunkerizing key critial infrastructure satellite, microwave, and other types of relay stations for all “first responders.”

His area scope of geographic assignments range from as far southeast as Yuma, Arizona to as far northeast just beyond Edwards Air Force Base ( AFB ), and from the northwest to Wrightwood, California adjacent the Cal-Tech Jet Propulsion Laboratory array of long-range ground-based space telescope observatories to southwest Lake Arrowhead and Big Bear mountain regions above northeast San Bernardino, California so, he has a great area of responsibilities.

My personal relative is part of a select cadre of government employees recently ( August 17, 2015 ) called in-to ‘mandatory participation’ in an “Office of Emergency Services” ‘teleconferencing briefing’ with the Assistant Director ( Kim Fong ) of “CALOES” ( formerly known-as: “California Homeland Security” ) for the State of California that recently ( late 2014 ) signed an ‘limited information sharing’ “Memorandum Of Understanding” with the federal government U.S. Department of Homeland Security ( DHS ).

After that aforementioned emergency briefing the Assistant Director opened-up a very brief ‘question and answer’ ( Q&A )this elite government communications cadre he is still currently very much a part of.

A question was put on topic stating, “I thought PSC [ Public Service Communications ] was seperate from OES [ Office of Emergency Services ],” and the Assistant Director, replied: “Not any more! PSC ‘is’ OES now!”

Another question fielded ( in-to the Assistant Director ), was: “So, what’s the ‘nature’ of this ’emergency’? Is it an ‘earthquake’, ‘tsunami’, ‘volcano’, or ‘what’?” And, the bureaucratic reply, was:

“You’ll ‘know’ when ‘we know’. DHS just cannot say ‘now’ so, ‘expect anything’. But, know ‘this’: It ‘is’ coming soon. You ‘will’ be receiving your new ‘OES uniforms’ within the following 2-weeks upon entering your uniform measurement sizes tonight. Your ‘uniforms must be kept stored in your currently assigned unmarked vehicles’ at all times and you will ‘only wear them in public when that emergency does come’ so ‘everyone will know’ you are ‘one of us’.”

The ‘uniforms are to be received at the residence addresses’ of each employee of this special cadre by August 31, 2015.

That is the extent of information I have garnered in-addition to what was earlier conveyed on Project Camelot Productions within my column ( UPI Guy Blog ) reports.

I concludingly hope this information signals help those whom should now understand we’re ‘not talking wild rumors’ here. These are facts as I know and understand them to be from at-least three ( 3 ) proven official sources I can honor.

A recent emergency sudden impact report of mine – surrounding a potential fifty percent ( 50% ) decline in U.S. national vegatable produce and feed for all farm animals dealing with a ‘moderate’ ( 6.7 + magnitude ) geoseismic event centered in the California Central Valley Delta region positioned on top-of the San Andreas fault whereupon an earthquake would collapse current levees holding back Pacific Ocean ‘salt water’ that will innundate and thereby curtail ‘fresh water’ ( ‘potable water’ ) supplies for most all of Northern ( up to Sacramento, California ), Central ( County of Santa Clara ) and Southern California ( down to County of San Diego ) – now awaiting publication since earlier this week.

Good luck to one and all from here on out.