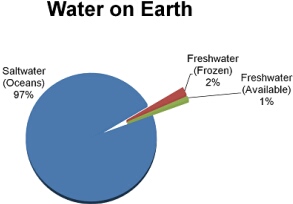 claiming recently a ‘national impact disaster’ affecting what could

mushroom into a global commodity shortage of food exports worldwide.

stricken by ‘drought’ over recent years does not appear changing but

growing worse because of globally shifting climates, I believe have

“pole shift” or “magnetic reversal” that actually ‘never stopped’ but

instead has been ‘speeding up’ where facts clearly indicate such,

however there has been no mainstream news releases since 2012 about

this, nor have officials cared to comment on the global impacts of

such should it continue, which it ‘did’.

thousands of miles’ and ‘was’ located in Siberia of northern Russia.

The U.S. National Oceanic and Atmospheric Administration ( NOAA ) as

well as the U.S. Geological Survey ( USGS ) services have been

reporting significant increases in the strength of certain global

climactic changes, which the U.S. military has been gearing up for to

protect itself from, including the fact that with Earth’s inner

Middle East to Europe and North America so, there are underlying

reasons why financial markets are shifting upside down too, moreover

than what populations currently know.

The primary global disaster, although unheard of by most people, is

reportedly coming soon may very likely begin with something as simple

as ‘fresh water’ ( for human consumption ) supplies in-addition to the

In-essence, people of the World depend on their ability to survive

based on an ‘uninterrupted supply of water’ ( also known as ) “blue

For America the U.S. federal government, knowing in-advance about

this, has for decades left the decision to fix a national problem to

State of California government politicians even though the situation

is one of ‘direct national impact’ affecting hundreds of millions of

people plus billions negatively impacting World populations where the

where it originates? $25 billion U.S. dollars, according to a recent

How long would it take to fix this global problem? We’re already too

This upcoming disaster is calculated to occur before it can be fixed,

and will come like a thief in the night, according to experts.

‘moderate’ earthquake where few ( if any ) buildings or freeways will

‘not even have to collapse’.

Just a good shaking underneath what has been described as islands

already collapsing at an alarming rate in California’s Central Valley

Is this the reason why the U.S. DHS ( Department of Homeland Security

Agency ), and other California OES ( Office of Emergency Services )

were just ‘recently’ ( August 2015 ) placed on heightened states of

JADE HELM, as well, quite possibly is being positioned to shadow

areas, such spells immediate population center relocations in a matter

Where people will be forced to continue their lives is currently unclear.

Government force recognition is, however, apparent through only hints

within official statements warning of “climate chaos” due in

According to the recent official reports, all it takes to disrupt

moderate ( 6.7 ) earthquake within the California Central Valley where

ecperienced by Hurricane Katrina in Louisiana, etc. ) where the

California Central Valley where collapsing “levees” will ( amidst only

a 6.7 + magnitude earthquake ) serve to disrupt the flow of people’s

‘food’ nationwide, plus a global impact on other nations with even

The report ( see, e.g., “Reference,” immediately below ) is worthy of

There are a plethora of disaster indicators circumnavigating the globe

from deep within Earth to beyond the stars above.

for, however yet there ‘will’ be a day of reckoning.

to subordinates asking the same questions we would and even during

these most recent emergency sessions ( that began in August 2015 )

being called to get ‘certain job categories’ of State employees

readied, still no answers are forthcoming.

People need to know that ‘official preparedness is being heightened

‘This’, is ‘not’ some half-cocked silly ‘rumor’ as we the people will

in all likelihood discover this month ( September 2015 ).

You might want to begin looking in-to a few things soon ( e.g. the