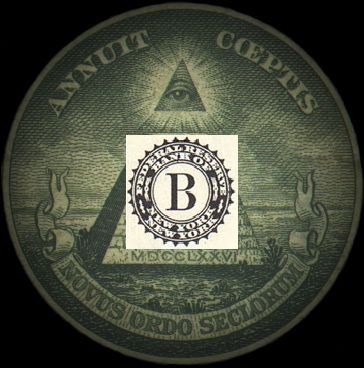 This is my third ( 3rd ) and final brief ‘introductory’ ( Disclosure

the U.S. government exercising clandestine fraud against a wide

variety of global people targeted; from a billionaire to alternative

Alternative Media audiences around the world led to believe

information comprised into novel formats as part of social media

engineering to drive audiences back to Mainstream Media for propaganda

Thank you for publishing.

“Conspiracy Theory” broadcasting where most involved see the last

bastion of getting the ‘complete truth’, and nothing ‘but’, delivered

The primary reason most Alternative News Media audiences drew away

from Mainstream News Media in the first instance was because of

false beliefs of being ‘fully informed truthfully’ when in all

revenue ( monies ) back into corporate media.

Stage One – Act One

themes’ into what was “Entertainment News” themes bordering on

conveying to its audiences that Mainstream News Media was reporting

stories akin to Alternative News Media, and in ‘that’ regard

accomplished all the damage necessary to shine a spotlight back onto

Mainstream Entertainment News Media as a ‘secondary alternate’ should

anything ever happen to Alternative Entertainment News audiences down

the not too distant road in the future.

Media overwhelmed by so many so-called “Whistleblowers” exposing

“secret” information most all never produced.

Edward Snowden became the chief, cook and bottle-washer of ‘fugitive’

“Whistleblowers” whom never released so much as one ( 1 ) ‘truly

meaningful document’ amounting to as much as a hill of beans, while

‘other’ “Whistleblowers” produced even ‘less’; with the exception of

Bradley Manning who the government caught.

In all actuality many so-called “Whistleblowers” either had ‘no’ black

and white hardcopy evidence’, or they cleverly manufactured portions

mixed with other documentation painted nothing more than a “novel” but

to ‘novices’ unable to tell the differences from ‘typed military

In short, many Whistleblowers were secretly tooting ‘false horns’ for

fringe listening audiences defrauded elsewhere on yet ‘other websites’

asking for support in furtherance of what secretly was Non-Official

embarrassment’ to scare Alternative News Media audiences put so much

on guard ‘there’ they would go running back to Mainstream

“Socially Engineered” back into “conformity” by reason of being

In the context of ‘information security’, ‘Social Engineering’ refers

to ‘psychological manipulation of people’ – subjected to a variety of

information’ after having been exposed to a variety of tradecrafted

displays of deceptive information practices designed to stimulate a

reaction in targeted people whereby they provide something of great

value they would not have otherwise committed to offering had they

Pretexting ( also known in the UK as ) “Blagging” or “Bohoing,” is the

dished out in a cleverly convincing ‘scenario’ ( also known as )

‘pretext’ or ‘storyline’ captivating a ‘targeted victim’ in such a

manner so-as to fraudulently increase the unwitting or unknowing

person or audience into performing an action ( financial investment ),

or.in another arena convince a business audience into putting up

information unlikely to be released under ordinary circumstances were

the ‘complete facts’ known by such victims.

An elaborate lie, most often involves a lot of “set-up” including

researching where such ‘claimed privileged information’ – for

the ‘mind of the targeted victim or audience’.

This technique can be used to gather money, holdings, and information

that can be used later to establish even greater legitimacy under

tougher questioning by more who end-up becoming references for even

others whom are eventually defrauded by others sent-in on similar

including its affiliates, associates and acquaintances become duped,

disenchanted, and then as ( ‘social scientists’ – consultants of

corporate government ) knows altogether too very well much about )

leading to “dog eat dog” turns people against one another until

Pretexting can also be used to impersonate co-workers, police, bank,

tax authorities, clergy, insurance investigators or any other

the mind of the targeted victim.

The ‘pretexter’ must simply prepare answers to questions that might be

asked by the victim.

In some cases, all that’s needed is an authoritarian sounding voice

carrying an earnest tone and ability to creatively convey a concocted

A type of ‘confidence trick’, exercised for the purpose of

styrofoam packed into a brand-name appliance box sold to unsuspecting

victims ‘trusting’ the ‘demonstrator’ was ‘legitimate inside what they

bought’ rather than a clever ‘fraudulent deception’ of the ‘real

has become far more sophisticated since the days of Snidely Whiplash

been hiring teams of what are tantamount to even more convincing

business once people caught-on to certain deceptions where today such

have grown more sophisticated by exercising the use of various and

online over the internet where even-larger global groups of people

The term “social engineering,” as an act of ‘psychological

manipulation’, is also associated with the ‘social sciences’, however

such usage has caught-on among computer and ‘information security

You Are The Entertainment News

As everyone laughs at each other, nothing gets done in favor of the

masses whom are only thrown the bone of contention that corporate

government high crimes are only “isolated incidents,” which if ‘true’

don’t start paying closer attention, we are all going to wake up by

instead of entertaining mentions of curiously times leading to

will increase audience appetites revolutionizing the way we all will

perceive living in the future.

Complete information truthfulness is an ugly monster that will leave

were, however when we wake up to these rude facts, we’ll stand united

once again so nothing like this ever happens again.

believing we could do nothing when actually we – The People – wield

more power over our controllers.