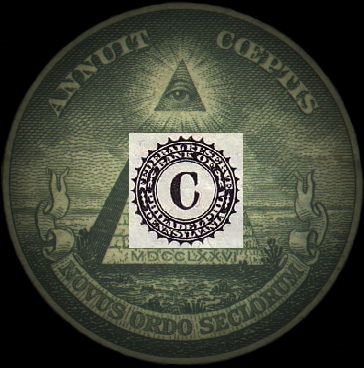 by, The Unwanted Publicity Guy

‘Whistleblower’ At A Time!” slogan of the Project Camelot production

Cassidy, a businesswoman who for years continues carrying the

herculean weight of global conveyances and messages from beyond to

“ordinary people” ( whom are anything but ) exposing extraordinary

mind challenges seen interviewed from all over the world

Based out-of the USA, from the catecombs of Malta to pinnacles of

pyramids in Egypt, and far-far more locations, the magical mystery

tour of Project Camelot reaches across barriers of corporate

government militancy kingdoms of the people.

While novel and certainly creative, much of what people suggest others

be made enlightened about, with alot of equally healthy doses of

contributions to perform more, the only major downside involves

many people the world over.

There are others in the world whom sinisterly identified Project

Camelot as an excellent springboard entertainment platform from which

no-gooders ( fraudsters ) cleverly use a seemingly basic video or

audio interview to only later launch a plan targeting yet ‘other

audiences’ with certain ‘other characters’ less knowledgeably and

unwittingly carry scrupulous agendas over on-to other websites where

It doesn’t matter who you are or what you ‘think you know’, there are

those human-wolves lurking in the underworld looking for an

opportunity to open up for taking advantage of innocent people.

No One Invites Trouble

‘professional business’ people – carry their charisma onto any stage,

audiences listen and fall victim so, vetting ( separating chaff from

for maintaining global audience reliance where such research costs (

Easy to dismiss recordation of fraudulent display existence while not

so easy to rebuild a life savings, and this is what Disclosure Alpha

is about to reveal sscrets of.

What better place to air ‘black-laundry’ than right in the ‘laundromat’?

Better to error on the side of using expensive cautionary health

History records what scandalizes empirical kingdoms quicker is the

Recordations of such ‘mistakes’, were they to have been otherwise

Were they ‘otherwise’, American opinions ‘against’ those aloft Capitol

Hill would not be so low today.

Foreign and Domestic people and their national opinions would gaze

This Disclosure Alpha introductory excerpt ( below ) left some pondering:

The ‘point’ overlooked is by what further treachery corporate media

but very boring “Mainstream News Media” broadcasts, which in 2004

began dying-off from the web contagen known as “Alternative News

Where Do People Turn?

People are creatures of habit and as interestingly reacting as we are,

navigation is important to know where you’re headed. Is it where you

wanted to go? Or, are you being led?

performed only if you objectively perform it applicably before others

taint no matter how little ( if any ).

Disneyland, booked being “The Greatest Place On Earth,” but was it?

times every day. How many times is the ‘Greatest Place On Earth’ sued

Having gone through its secret entrance and been up inside Club 33, I

gastly membership financial rigors had I bothered apply. No ghosts or

gobblins flitting about at Club 33 for me; then-again it wasn’t the

Everyone has ‘secrets’ and ‘dirty laundry’, in-addition to natural

facts everyone makes ‘mistakes’; including, the most intelligent

people in the world, another club I’m no member of either.

Most all of us, ahead of events ir circumstance, address what we do

that may possibly serve impacts on others.

What does one ‘do’ when someone ‘uses you to impact others negatively’?

What if that someone is a dear close friend who was conned?

What do “you” ‘do’? Let your friend fall of their own accord, or

defend them? And, what-of impact befalling you, me and all audiences

You do not want to cut off your own nose to spite yoyr face, and you

don’t ruin ‘good reputations’ by accusing others of wrongdoing without

having first and foremost all the facts so, how do you get the ‘truth’

conveyed to audiences about a threat?

nation government led corporations, which drove a good portion of

audiences no longer take seriously ‘truthful’, and those audiences of

throughout ‘Conspiracy Theory’ report production broadcasts of the

Truth Or Deception – We All Pay

Albeit ‘news’ or ‘entertainment’ where hopefully never both meet

documentary, speculation, or novel )  ‘which’ reports are exactly

‘what’ so-as to only avert storytelling speculation ‘novels’ ( mixing

confidence people pointing you and your loved ones.