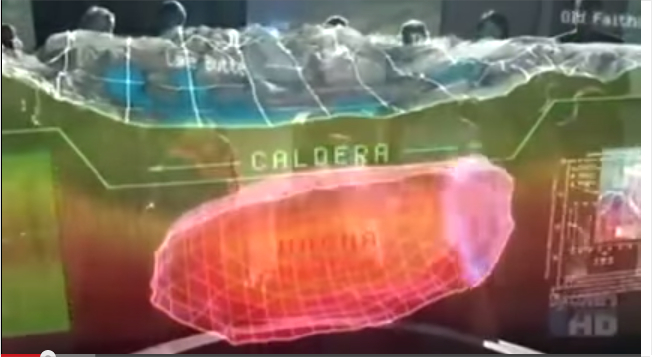 April 16, 2014  (publishing of this report delayed due to communication problems while Kerry was traveling..)

about pending “National Emergency” disasters, until 2013.

In 2013, a U.S. Presidential Executive Order revised “The National

‘U.S. Department Of Homeland Security ( DHS )” agreeing that ‘the U.S.

and / or ‘other’ attack on American soil exists as ‘imminent’.”

The three ( 3 ) basic, but wide-reaching, principle qualifying parameters, are:

biological, chemical, radiological and / or other materials including

bursts, extragalactic shockwaves, etc. ); and / or,

limited to biological and bio-synthetic entities, materials, and / or

The bottomline, for ‘all residents in America’, is:

“You’ll never receive any ‘official early warning service’ from ‘your

‘after’ a “National Emergency” has occurred.

The only ’emergency deadline’ citizens have to be worried about now

is, their very own up close and personal ‘National Post Aftermath

American voters were not told and not allowed to vote on ‘this’; with

America main-stream news media was ‘not allowed to publically

broadcast this information’ either.

Now, that information ( alone ), came from my 1-day of  research, and

People whom step ‘away from’ U.S. government embedded America

mainstrean news’ let others know what the U.S. government would ‘not

let its own taxpaying citizens know’ so, you might just eant to thank

them for tuning-in to Project Camelot ‘for you’!

Until just now, many never knew this 2013 U.S. Presidential Executive

Order ( E.O. ) was mandated by ‘elected members’ of the U.S. Congress

secretly ushering-in such an ‘unconscionable and unhumanitarian

threatening imposition hidden behind the backs of everyone including

foreign residents in America regardless of their ‘age’, sex, creed,

earthquakes in the State of Idaho in the United States of America.

According to Russia, rupture foretells a much larger earthquake to

come from “Supervolcano” magma looking for a weak spot to punch

A warning today was issued by the Russia Federal Civil Defense

Ministry out of its “Emergencies and Elimination of Consequences of

Observatories” ( WOVO ) that a “Red Alert” level status was now

its previous warning elsewhere in the world on January 24, 2014 when

its prediction involved the earthquake strike with ensuing tsunami off

the Sakhalin island southwest coast; north of where the previous

are being globally led by Russians now rather than Westerners.

4 ) ‘new techniques’ for long-range predictions, of earthquakes and

volcanic eruptions, now with universal applications to all regions on

Forecasts apply a “Phase Trajectory” technique, ‘without’ any “psychic

predictor” aspects, but involves a simultaneous analysis of periodic

effects on horrendous formations, such as, but not limited to:

emissions into the atmosphere’.”

‘caldera’ rocked this region with its ‘largest earthquake’ ( magnitude

The March 30, 2014 earthquake did not stop but continued with its

‘earthquake swarm’ of subsequent earthquakes with Idaho experiencing a

‘near simultaneous earthquake’ magnitude 3.1 near the mountain peak of

EMERCOM was prompted to issue its warning, on Borah Peak to WOVO,

where the report read:

Critical to note about Borah Peak Mountain and central Idaho, this

report says, it is a part of what is called the Internmountain Seismic

Belt ( ISB ) extending from ‘Southern California’ connecting many of

the Western Regional United States; most particularly ‘ the U.S.

As to how seismically violent this region is, EMERCOM in their report

further notes, the 1983 Borah Peak Mountain earthquake ranks as one of

the most powerful earthquakes in the 20th century that occurred within

the lower 48 states of the Continental United Stayes ( CONUS ), and

Of greatest concern to EMERCOM scientists regarding Idaho’s Borah Peak

Mountain volcanic activity, this report says, are the:

“Growing number of fracking operations currently being allowed in the

ISB regions which are now at the very edge of the U.S. Yellowstone

National Park volcano caldera, including its two ( 2 ) most

Most perplexing, this report says, are that:

“These fracking operations in the the ISB volcanic zone are being

allowed to continue by the current U.D. Presidential Administration in

spite of the U.S. government expert’s findings and recommendations,

especially from this past weeks ( April 2014 ) report from the U.D.

“Ohio geologists have found a probable connection between fracking and

never experienced an earthquake ( temblor ) until recently, according

to the state report.

The quake report coincided with State of Ohio’s announcement, where

some of the strictest limits on ‘fracking near earthquake faults’ is

in the United States, marked the strongest link to-date between

nerve-rattling shakes and ‘hydraulic fracturing’; the process of

firing water, sand and chemicals deep into the Earth to ‘eject oil’

In March 2014, the State of Ohio indefinitely shutdown the HILCORP

ENERGY fracking operation near the Staye of Pennsylvania border after

five ( 5 ) earthquakes, including a State of Ohio earthquake magnitude

3.0 awakening many residents from their sleep.”

report concludes, they are partly based upon the coming Blood Moon

Tetrad Cycle due to begin this week on April 15, 2014 and conclude on