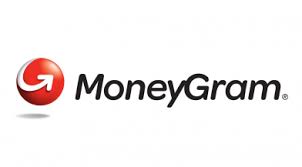 That is ‘not it’ at all. I can pick up either MoneyGram or Western

Union ‘anywhere in the State of California’.

Others if you cannot send it simply forget it. Others have no problems

while some do. This is how I lost out on so many donations last year

donator attempt ); $ 700 ( unable to be processed from a Thailand

donator attempt ) ‘all of whom’ were run through so-called ‘security

questioning’ at the height of the holidays when Western Union and

MoneyGram are swamped the most with orders. Both, however ‘were able

because of their ‘outlet agent representative fraud’ ( using customer

information to launder money to others ). THAT, is the untold story

that is being kept quiet.

You have mh first and last name snd city snd state location. They get

nothing more after I discovered last year the lies told to

‘Sender-Donator banks make no money off these transactions’.

It’s a big business money game. Some Sender-Donators have no problems

while oghers do but only because of their banking relationship

transfer to me and it went through. Subsequently, the following

Sender-Donator tried Western Union online ‘again’ and it went through

right-away. Hence, this is a game being pkayed with millions of

dollars in overnight parked offshore banks these companies are able to

[ IMPORTANT: Donators MUST type-in their e-mail “Subject:” line the