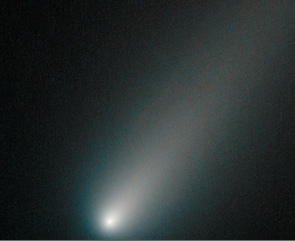 Have a couple of important items and item #2. appears far more

Thank you for your concern, Kerry.

recipient collection number ) for me ti retrieve anything sent to me.

#2. My recent ‘Special Report’ ( below ) for Project Camelot:

Battams worked for the U.S. Navy Research Laboratory ( NRL ) when he

published a rather unusual personal statement within a website

governed under U.S. federal contract tgat he was chosen spokesperson

Specifically, and according to Karl Batttams, Comet Ison possesses far

greater ‘secrets’ being withheld from the general public.

Secrets as to what Comet Ison may likely bring albeit ‘directly’ (

e.g. atmospheric debris collisions or pollution on Earth ) and/or

amidst Earth, but ‘officially’ no one’s coughing-up ‘clear evidence’

Comet Ison will affect Earth for approximately 6-years, however

neither NASA, NOAA, USGS or the EPA is saying anything about Comet

Ison being a “Planetary Harardous Asteroid” ( PHA ), which if Karl

Battams of the U.S. Naval Research Lab ( NRL ) is ‘correct’ we all

Interestingly, in 2012 NASA, indicated “we all need to be concerned”

reaches perihelion with our Sun; likely reacting from an incredibly

place of employment of the Naval Research Lab ( NRL ) contrarily

Reading between the lines, people, what is Battams doing by revealing

awesome’ if they go ahead! ( I’m sure ‘that will be the subject of

more than a few future blog posts from me if it all comes to pass’!

Is Karl Battams a closeted ‘in the public best interest’

WhistleBlower, or might he be a unique astrophysicist working

psychological operations ( Psy-Ops ) on the public for the U.S.

Intelligence Community ( IC ) military machine, or is he just ‘waiting

Defect-In-Malignment” gurgling from within another federal

contractor’s systemic belly layers of secrects waiting to be expelled?

You be the judge, not to wait though, until Battams’ secrets may no

longer be, or Comet Ison does its dirty work ( November 2013 through

December 2013 ) on us all “above-grounders” trying to decide whether

Submitted for review and commentary for Project Camelot by,