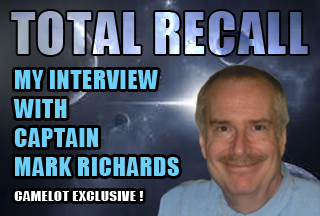 This is an interview with Captain Mark Richards conducted at Vacaville Prison on November 2, 2013. This is the first time in the over 30 years of his incarceration, that any journalist has interviewed him. I was not allowed to document this face-to-face interview with camera or any recording devices or to take notes during the interview. Everything you are about to see has been recalled from memory immediately after my meeting with him. Just prior to the interview I spoke briefly with his wife Jo Ann who also was present during the interview.

Navy Captain Mark Richards was an officer involved in the Dulce Battle as well as very active in the Secret Space Program and U.S. Space Command for many years prior to his being arrested and convicted of a murder he did not commit.  This is a classic case of the government framing someone who they feel may be turning against them from within the military.

“…When the truth was evident that sub-humans and other creatures were being produced from abducted human females, impregnated against their will, a secret resistance group formed within the military and intelligence agencies of the U.S. Government that did not approve of the deals that had been made with the ‘Off-worlders’. Many of these brave humans would be assassinated, or “died under mysterious circumstance,” or would be silenced in other ways.

The Air Force Intelligence Officer that reportedly was the man who met with the Aliens at Holloman (Air Force Base) in 1964, was the legendary ‘Dutchman,’ Ellis Loyd Richards, Jr. – the same man who would reportedly order the attack on Dulce in 1979, and whose son, Captain Mark Richards, would lead the human attack on the facility.”