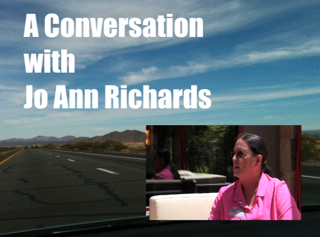 A Conversation with Jo Ann Richards regarding Captain Mark Richards, U.S. Space Command.
This was filmed on location at Conspiracy Con in June 2012 when I ran into Jo Ann Richards who was working behind a booth in the vendor area of the conference.  I had been meaning to interview her for a while but never had the chance.  I also wanted of course to interview her husband, Mark Richards, as I knew his story from before I got involved in Project Camelot.