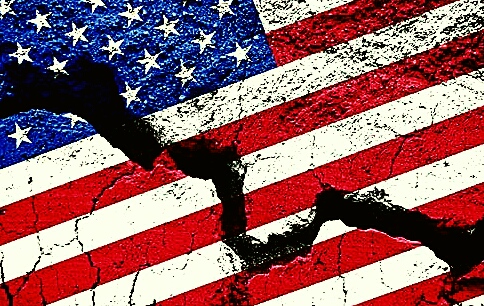 LOS ANGELES – April 28, 2020 – In 1971, I was in a U.S. federal government intelligence operations school learning fifty-two ( 52 ) skill-sets, one ( 1 ) of which initially included exactly how-to both dissect and create the Central Intelligence Agency ‘C.I.A. Weekly Bulletin’ and the Defense Intelligence Agency ‘D.I.A. Daily Bulletin’, two ( 2 ) classified publications during the U.S. war in Viet Nam.

Although I remain bound – over a certain period of time – to a Sensitive Compartmented Information ( SCI ) ‘Top Secret’ category level security clearance given unto me under my Oath, I’m prevented from publicly disclosing details on any matters I learned from my past full-time work for the U.S. federal government and relative earlier intelligence operations specialist training I received.

In order for me to continue public reporting, my ‘creative writing’ is exercised with a special formulation skill, other than what can normally be publicly reviewed elsewhere from other reporters and broadcasters exercising normal conveyances, because ‘what I know still remains classified and unrevealable under penalty of U.S. federal laws’.

Over the past 22-years I have voluntarily and painstakingly researched and then very carefully conveyed creatively certain ‘Unevaluated Intelligence’ ( UI ) ‘read between the lines’ of both my written and verbal reports where all those somewhat hidden avenues to secrets have always existed since my aforementioned training.

That aforementioned preface conveyed now brings to the forefront only ‘one ( 1 ) case’ beneath the topic of this ‘Cyber-Mob Intelligence’ report where unrevealables surfaced, and were allowed to fester in the public eye.

My first week in a U.S. intelligence school saw our class taught about “The Bay Of Pigs” ( a U.S. clandestine attempt to invade Cuba ) claimed to us ( as students in 1971 ) as the worst C.I.A. intelligence operations fiasco, a tale marvelled-at by some however, now there’s more room in the annals of U.S. history where this time CNN (Cable News Network) tripped-up, not once, but at-least ‘twice on the same topic of both its publicly reported stories’ surrounding the ‘CoronaVirus’.

After having researched that CNN published and broadcasted report, I began preliminary research at what surrounded that CNN report and others noting a few discoveries within one ( 1 ) of my ‘CoronaVirus Intelligence Bits ‘N Pieces’ briefs’ ( immediately below ):

CNN, now-recently, publicly returned to elaborate even-more details within their current “Exclusive” naming a U.S. federal government ‘husband and wife team’, one ( the ‘wife’ ) as having been a U.S. military participant at the World Military Games during October 2019 in Wuhan, China.

CNN’s ‘Exclusive’ intentionally skyrocketed both victim’s details with a photo opportunity and report revelations on how she and her husband became ‘targeted victims of misinformation’ and ‘what they both did to combat free speech on YouTube against people voicing their own opinions plus loss of revenue income dollars for independent public commentary channels generating money based upon advertisement clients of YouTube, which CNN’s reporting did nothing more than place even-more targets on both the backs of those two ( 2 ) people, adding a full color face identity of the man’s ‘wife’ too.

Below, by my using direct quoted excerpts, additional information [ insertions ( within brackets ) ] provisions for more concise reading comprehension, plus research reference links supports my own report ( herein ), which continues ( below ):

‘Exclusive: She’s Been Falsely Accused Of Starting The CoronaVirus. Her Life Has Been Turned Upside Down’

… [ EDITED-OUT FOR BREVITY, PROVIDING: SELECTED EXCERPTS, ADDITIONALS WITHIN BRACKETS PLUS, REFERENCES FOR IMPROVED READING AND COMPREHENSION ( BELOW ) ] …

“… [ Mrs. ] Maatje Benassi, a U.S. Army reservist and mother of two [ 2 children ], has become the target of conspiracy theorists – who falsely place her at the beginning of the coronavirus pandemic – saying she brought the disease to China…”

“… Later one member of the Chinese [ China ] government [ People’s Republic of China / PRC ] publicly promoted the notion [ SOURCE: CNN news media publicly promoted by publishing the initial report, at: www.cnn.com/2020/03/13/asia/china-coronavirus-us-lijian-zhao-intl-hnk/index.html ] that the U.S. military brought the virus to China…”

“… [ Mrs. ] Maatje Benassi competed in the cycling competition there,…”

“… While the allegations about the Benassis ‘may be wildly untrue’, the threats they face and the fear they feel are very real…”

“… Matt Benassi said he has complained to YouTube, but even when the company does take videos down, it can take days for it to do so. By that time, a video can go viral, and the damage is done.

Worse still: videos Webb has posted to YouTube that are removed are often re-uploaded to the platform.

In China, the YouTube videos attacking the Benassis are uploaded to popular platforms there such as WeChat, Weibo, and Xigua Video and are translated into Chinese, according to an analysis by Keenan Chen, a researcher at FIRST DRAFT * [ firstdraftnews.org ], a non-profit that researches disinformation…”

… [ EDITED-OUT FOR BREVITY, PROVIDING: SELECTED EXCERPTS, ADDITIONALS WITHIN BRACKETS PLUS, REFERENCES FOR IMPROVED READING AND COMPREHENSION ( ABOVE ) ] …

Within the aforementioned CNN Exclusive article, near its conclusion, sees CNN mention and promote by website references company named “FIRST DRAFT,” which I decided to cursorily research, and discovered it secretly funded by someone considered a ‘national threat’ ( according to the President, of Turkey, recently ); Hungarian born, now U.S. citizen, global elitist George Soros who financially supports the U.S. Democrat Party.

– In 2019, FIRST DRAFT funding, came from the following organizations, listed below:

– News Integrity Initiative at the Craig;

– FIRST DRAFT ‘claims it is independent’, ‘claims no political bias’, ‘claims only truthful reporting’, ‘claims adversity toward misinformation’ however, nothing could be further away-from any such claims according to ‘facts’ once hidden from public review until now.

Based upon all FIRST DRAFT funding network of organizations, including one [ OPEN SOCIETY FOUNDATIONS – owned by George Soros ] they additionally fund the U.S. Democrat Party, Democrat Party politicians and political candidates for the Democrat Party, and finally FIRST DRAFT promotion of THE NEW YORK TIMES February 2, 2020 article entitled, ‘What Happens When QAnon Seeps From the Web to the Offline World ( The New York Time s)’, here: firstdraftnews.org/daily-briefing/what-happens-when-qanon-seeps-from-the-web-to-the-offline-world-the-new-york-times/ ]

Appreciative of reader’s and reviewer’s feedback, if you believe The UPI Guy research reports and research references are helpful to you, your family and / or friends, please let me ( Paul Collin ) know directly via your email ( see below ).

For the past 7-years, I ( Paul Collin ) have been continually providing The UPI Guy full reports voluntarily and exclusively for Project Camelot.

You can donate directly and very easily to me in either two ( 2 ) ways ( below ):

SECURE ONLINE BANK-TO-BANK via ZELLE or your own bank method online using any required portion of my bank information – Click on: projectcamelotportal.com/2019/06/03/how-to-donate-to-paul-collin-unwanted-publicity-guy/

Thank you for your time spent reviewing my report and research references here and all those others designed especially for you seen within my UPI Guy column at Project Camelot [ projectcamelotportal.com/category/guest-blogs/unwanted-publicity-guy/ ].

ABOUT THE UPI GUY –