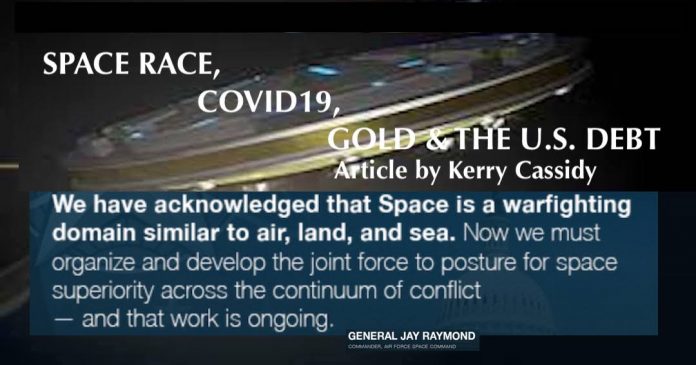 (This article is speculative and contains information from secret sources, intuition and research.  It is an ongoing investigation).

If you take a look at these two charts you can see the reason for the global shutdown stems from a global monetary system imbalance due in part to the vast amount of debt the U.S. owes China.  There is a distinct possibility, that in order to get paid, China and the Illuminati released a virus that caused the worldwide shutdown to force a global reset in which everything stops until the U.S. pays at least part of its debt to China.  And what China wants in payment is gold…real gold. 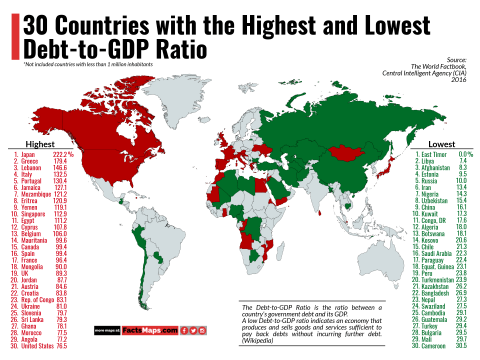 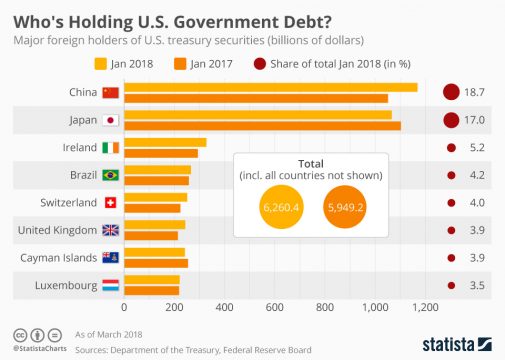 Then if you look at which country has the most gold you will see it is at least on paper, the U.S. (although this may not be true)… due to “off-balance-sheet gold” and hidden gold such as the mountain of gold discovered in Romania.  That discovery is detailed in the book by Radu Cinamar titled, INSIDE EARTH. Note: with regard to the mountain of gold in Romania, the U.S. is now building a military base nearby to safeguard that ‘asset’.  Quietly.

Regardless, China knows the U.S. has substantial gold reserves and so it knows the U.S. can pay its debt in gold.  It is also key that the reason countries like China and Russia are mining and buying gold like crazy right now is that gold is a key component not only for use in space travel but also in going interdimensional.  This is known by the secret space program and experiments have been done along these lines.

Back to the release of the virus.  There is reason to believe that the virus was simultaneously released in several countries in various forms… along with another more deadly virus released only in China hiding under cover of the COVID19. (See the information released by the Chinese Party whistleblower).

This paper is not meant to cover the entire agenda and background of the controllers or their agenda or the ‘war at the top’ which is at work behind the scenes…. See Kerry’s book REBEL GENE: Secret Space and The Future of Humanity and the Camelot videos and website for more information…