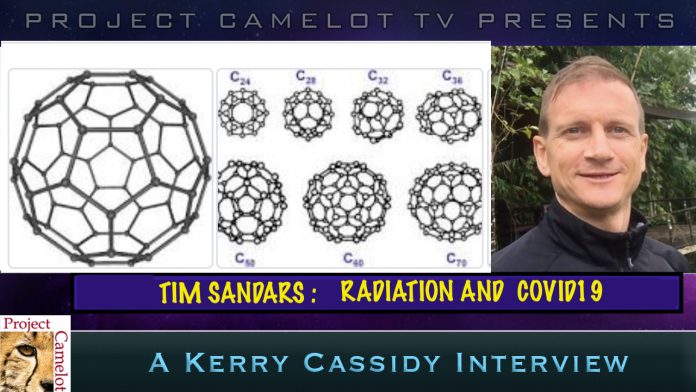 INTERVIEW WITH TIM SANDARS FROM OMNI RADIATION BALANCER regarding addressing radiation and Coronovirus.

I talk with Tim Sandars about radiation effects on the body, frequency and the ability for the body to heal itself. Go to Tim’s website: OMNIA RADIATION BALANCER for more info.

ABOUT what exactly what causes pandemics and also talks about the myth of contagion – the fact that I could empty all my snot into a glass give it to someone else to drink and they would not be infected. This is really interesting looking at the body as ‘electrical first.. the chemicals are produced as a result of the electrical imbalance’.

Of course, what Omnia promises to do is to balance the current in the radiation wave so it doesn’t do any harm. Be sure to see the video in this link

3. The Deca
Laki discovered the presence on our planet of a new energy source which has awareness and responds to conscious human intent called the Deca. This is a cosmic gift allowing us to build a new civilization without electricity.
4. Resolution of the Radiation Crisis
Discovery of what we call the “centeredness” of wave fields:
ALL RADIATION IS AN IMBALANCED, UN-CENTERED WAVE FIELD (ionizing or non-ionizing radiation)
That’s why it harms the human cell – the Law of Resonance.
The invention of the Omnia Radiation Balancer, for balancing (centering) radiation wave fields.

SCIENTIST LAKI AND TIM SANDARS RE TRUE CONCEPT OF THE ATOM

EXCELLENT INFO:  VIRUSES ARE NOT THE CAUSE OF ANYTHING!!!