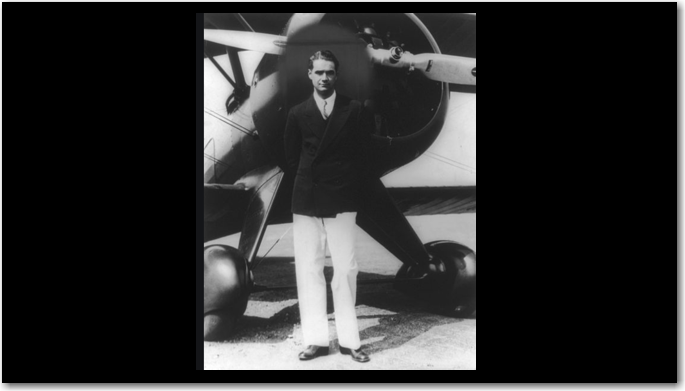 DISCLAIMER IMPORTANT NOTE:  ALL DOCUMENTS AND FILES CAN ONLY BE OFFERED BY THE LEGAL OWNER.  PROJECT CAMELOT DOES NOT KNOW THE LEGAL CHAIN OF TITLE TO THE FILES MENTIONED AND DOES NOT ACCEPT ANY RESPONSIBILITY FOR WHAT PAUL COLLIN WISHES TO MAKE AVAILABLE TO PUBLIC OR PRIVATE INTERESTS.

Go here for Part I:  http://projectcamelotportal.com/2020/01/20/howard-hughes-files-sale-last-call-out-to-project-camelot-people-from-paul-collin/

Well, it seems that what I alleged during my January 2019 interview with you on Project Camelot, about ‘my being safe as long as I don’t start dumping a bunch of files on the internet I’m okay’ now appears ‘true’.

Last Call Out To Project Camelot People from Paul Collin,” has
apparently triggered a Washington D.C. S-H-I-T storm according to what my Washington D.C. mentor just explained to me over the phone this
morning during his call.

During our second ( 2nd ) call, also later this morning, I was
informed the current case situation I’m now facing involves a ‘secret
U.S. Presidential Order’ to obtain ‘all Howard Hughes Depository
files’ with the help, aid and assistance of myself and the U.S.
military’, according to what my Washington D.C. mentor just explained.

I’ve been asked to assist this U.S. military police force in locating
for ‘them’ the remote ranch near Area 51 where those particular
original files are located whereupon the location has been under armed
guards – for other reasons – that will likely see a blood bath during
the pending seizure operation to occur near the end of this current
month ( January 2020 ).

I know from my background in law and previous operations, that anytime
an individual is killed during a raid, that civilian others whom
survive are involuntarily charged with the crime of ‘murder’ even
though they did not kill anyone but ‘law enforcement did’ so, I sense
a ‘set-up’ coming and don’t want to be the fall guy, and this reminds
me of what’s attempted to be done to me several times throughout my
life; and, since I’m very wise as-to this latent ‘trick’ – I really
don’t want such to occur.

It has already been speculated to me that, “Why should you care what
happens since, you’re already near the end of your life with a ‘lung
disease that is already killing you?”

Well, the fact remains, I ‘do’ care; I care about people’s lives –
including my own hyde too.

I realize that my life’s work has put myself in very difficult positions.

I was also told it doesn’t matter whether I retract my interest in
releasing copies of the Howard Hughes Depository files or not, I’m now
in big trouble because my recent revelation caught the eye of several
groups of people, and ‘that’ was what prompted an executive action,
which I’m trying desperately to avoid being physically caught up in at
this point so I can just survive another day to remedy that problem;
not including my other personal issues – that appear dwarfed by
comparison.

I have options, none of which are low-risk, where outcomes appear
bleak ( at best ).

Just before all of the aforementioned began hitting me this morniing,
here ( below ) was some new information for my pending mission.

Mission Before The Storm –

To place my privately-held global intelligence library document files
( approximately, 16,000,000 electronic pages ) of the Howard Hughes
Depository vault collection plus others from around the world into a
secure information online setting for public reference accessibilities
with your support.

Enthusiasts sponsoring such can begin the process of securely
releasing the vast file archive online…making quickly available online for general public access, and to serve as a foundation of factually historical
understandings clearly understood, written about, discussed and filmed
for the sake of humanity’s future.

These files reveal representations hidden directly by Deep State
activity through indirect players contracted as highly classified
information consultants manipulating financial business and trading
deals involving sensitive private file information virtually unknown
to the general public even within today’s lightspeed Information Age
as government thought they had cornered the global information
markets, but the trouble was that they were not 100% thorough in
successfully accomplishing everything, and therein rests the key to my
privately-held vast intelligence archive of files covering information
gathered and analyzed by me over a period of many decades.

This organizational and secure information dissemination process
appeared as though it would take some time because the documentation,
which took decades to obtain, is so vast it demands sensible secure
handling for globally secure public access.

With private donor assistance, the people of the world can gain a far
better glimpse inside the otherwise covert world used by secret power
brokers controlling resources of the world.

I just recently stumbled across something remarkable online, which
provides a very basic public provenance as-to my reports of personally
holding copies of the Howard Hughes secure multi-level building vault
files, which over the years many found interesting, amusing and
initially unbelievable – until now.

Business deals associated with a Greece casino interest along with
financial statement documents of the now-late Conrad Hilton ( Hilton
Hotel magnate ) put forward to purchases and interests in secret gold
deposit bonds between America financial institutions, multiple foreign
central bank ‘client bank’ depositories and adjunct private bank
depository holdings, U.S. Federal Reserve legitimate mass exchange
commodity-linked secret treaty bonds, numerous foreign bank private
client holders of gold, silver and platinum metal deposit
certificates, to include – but not limited to – those directly
pertaining to the now-late former Philippine president Ferdinand
Edralin Marcos, World War II gold, as well as famous individuals,
entities and activities surrounding the Summa brothers ( Frank and Joe
Summa ) of the Summa Corporation and its GloMar Explorer secret
sea-based ultra-deep sea missions recovering Russia Soviet military
submarines, airplanes and bombs lost at sea involved in ancillary
activities within The Legacy Foundation, a Howard Hughes Trustee named
William R. Davis and ACF ( see further below ) named in what The San
Diego Union newspaper described as a connection of the chief of
TEXPLOGEO and its secret Mexico telecommunications deal, plus much
more. A gigantic Arizona based slag pit where residual gold contents
in that mixed pit of once forgotten about slag secretly held billions
of dollars in unprocessed gold reserves that those within The Legacy
Foundation Group used as a foreign investment honey-pot snare for
secret funding of certain foreign intelligence operations, and the
list goes on and on.

The contents of the information is proof of truth as-to this secret
underworld that people know nothing about today, and if the
information leaks, the eventual socio-economic consequences would take
a toll on many populations today because, what I offer to share is
in-essence the Howard Hughes Depository Pandora’s box of this Age.

Now, with specific regard to the ‘Howard Hughes Depository’ files,
this brief informational ( below ) only lightly notes pertinent record
history documenting both the ‘Howard Hughes Depository’ existence
under control of ‘The Legacy Foundation’ in ‘Las Vegas, Nevada’, both
of which I am acutely aware from having twice personally accessed
thousands of both financial business affair files, meeting photographs
of individuals involved, documents ( including legacy asset financial
instrument bonds, certificates of deposit, etc. ) within those vaults,
foreign individual identity documents, numerous domestic and foreign
communications thereof involving foreign and domestic couriers,
government agents, lawyers, business leaders, bankers, consultants,
consultancies, Knights of Malta individuals, and much more.

Here now, below, is the official U.S. government document briefly
mentioning the ( now-legacy ) Howard Hughes Depository, what it was
used for, clandestine meetings, covert business financial dealings,
and more:

107th Congress of the United States

RE: Roger Clinton attempts to obtain Presidential pardons for his friends.

“… Plans were made for a meeting at The Legacy Foundation
headquarters in Las Vegas, Nevada.

“… During this [ September 1998 ] meeting there were photographs
shown of what Morton would describe as millions of dollars in cash
being held in the ‘Howard Hughes Depository’.

“… This was money received from investors already associated with
The Legacy Foundation. Treasury bonds and other collateral were shown
to Morton and [ George ] Locke to establish the validity of The Legacy
Foundation and the strong financial backing it had already obtained.

“… Another meeting … This meeting [ October 11, 1998 ] occurs
again in Las Vegas at the Howard Hughes Depository …

I’ve a few low-grade images online from my prior IndieGoGo fundraising
flop for a documentary, still found available, here ( below ):

The aforementioned cellphone camera low-grade resolution photo image
copies of only a very few documents, of which there are thousands
more, are straight out-of the actual Howard Hughes Depository files
I’ve maintained high-grade resolution electronic scanned color copies
of since 2014, and although these files remain still tucked-away, the
documents have never been publicly seen while only a handful of people
have only heard rumors of such having been in existence decades ago.

I possess sole proof of their actual existence, plus so much more it
would make anyone’s head swim.

I was just informed this January 22, 2020 morning that a secret U.S.
military command operation has recently been put forward to capture
me, my files and the ‘original documents’ from a remote ranch ( near
Area 51 ) in their entirety, and am now in fear of my life; what’s
left to live of it.

I was told by my Washington, D.C. Metro Area friend, “Well, Paul? Now
you’ve become ‘HOT’. Within 4-weeks it will be over.”

I need your help pushing this information mission forward but suspect
I’m running out-of time by the end of January 2020.

Wanted you to know, I need some help getting out of harms way as fast
as possible.