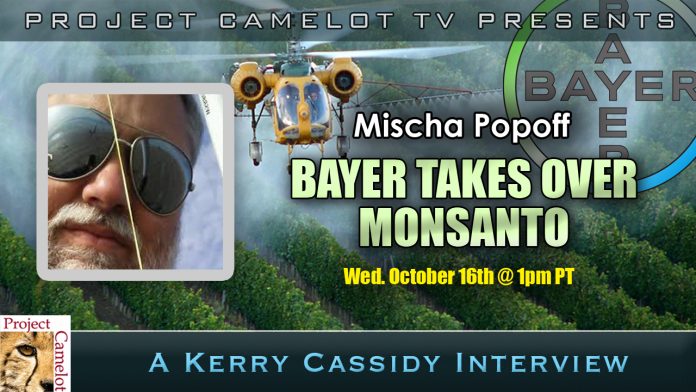 TODAY at 1pm PT I talk with Mischa Popoff, author and organic farmer about Bayer’s takeover of Monsanto.

Bio:  Mischa Popoff worked for five years as a USDA-contract organic inspector after growing up on an organic farm in Saskatchewan. Author of “Is it Organic”. He earned a B.A. from the University of Saskatchewan where he specialized in the history of nitrogen for fertilizer and warfare. He now lives with his wife and kids in Texas where he works as a freelance writer and consultant. He’s written for many daily newspapers over the years, as well as The Daily Caller and Breitbart. His latest article that we’ll be discussing was written for Dr. E. Michael Jones’ Culture Wars magazine.   ARTICLE BY MISCHA POPOFF LINKED BELOW.

MUST READ ARTICLE BY MISCHA POPOFF: