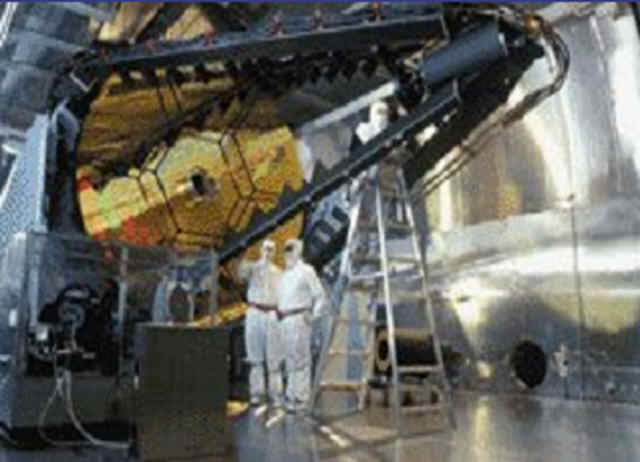 LOS ANGELES – October 15, 2019 – The former U.S. Strategic Defense Initiative (SDI) nicknamed ‘StarWars’, according to Schafer Corporation consulting scientist Richard Ackerman straightened me out upon my publicly posting one of my now-archived photos I pulled out into the light for all to see.

Upon reading what he said, I assumed what I mistakenly presumed back in 2007 was something else when I was first presented the photo, along with other photos, renditions and image diagrams within my now-legacy website, ‘Unwanted Publicity Information Group Media Division’ photo ‘Gallery’.

Was I really so mistaken to only recently presume the photo was so similar to one (1) of four ( 4 ) versions of a space-based telescope observatory such as the Hubble Space Telescope ( HST ) but larger on the same basic structural framework chassis as the James Webb Space Telescope ( JWST ), which Mr. Ackerman so politely warned was not a progenitor thereof while so helpfully. outlining details of the ‘Zenith Star’ instead?

Interestingly, my photo does not match anything publicly revealed or depicted as the so-called ‘Zenith Star’ although, we now know officials only released stage-prop photos of mock-ups as a publicity stunt, of which my photo ( above ) was certainly ‘no stage prop’ as has now been revealed within my report ( herein ). 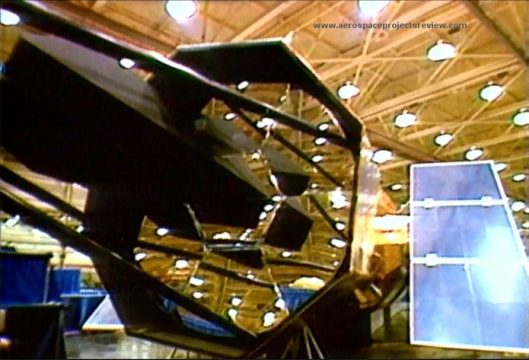 Looking back to 2007, I previously identified my photo as being a space-based early StarWars weapon, not a James Webb Space Telescope.

I did however, additionally provide ( never before publicly seen ) renditions, described in 2007, as:

From the moment he announced it on national television in March 1983, President Ronald Reagan’s signature vision of a space-based ballistic-missile shield provoked excitement and incredulity. The Strategic Defense Initiative ( SDI ) spent nearly a decade pursuing cosmic lightsabers before the end of the Cold War seemingly ended its purpose.

“In December of that year. [ 1986 ], Reagan made a secret decision to go ahead with an all-up Star Wars experiment as soon as possible.

A crash Program would deliver the first space-based test in 1990, 4-years earlier than originally planned [ 1994 ].

It was to be a massive spacecraft, longer than a semi-tractor trailer truck ) 80-feet long and over 40-feet in diameter, with a greater than 43-ton mass.

The weapon would have made-up just one ( 1 ) portion of a multi-layered defense system.

To instantly generate one ( 1 ) MegaWatt of power, the TRW ‘Alpha chemical laser’ would mix hydrogen and fluorine gas together much like a liquid fueled rocket engine does.

Light and heat from the the resulting reaction would then be converted into laser light and sent to a primary mirror wider than the one aboard the Hubble Space Telescope [ <?> James Webb Space Telescope size <?> ].

Complex sensors and computers would track targets and aim the weapon laser beam.

When fired, the Zenith Star weapon would have made a spectacular sight, as incandescent hydrogen fluoride from the turbine reactor roared out-of exhaust ports to form a gigantic gaseous cross, a 7-foot wide light-saber blade; hotter than the Space Shuttle engines – would spear in-to the darkness to vaporize metal and detonate rocket fuel thousands of miles away.

Sometime in 1987, U.S.President Ronald Reagan got his wish to see his vision.”

“But the impressive mock-up was a long way from the real thing; and, not just ‘because it was a prop’.”

“MegaWatt class non-chemical lasers are on the horizon. A lot of real magic can go on ‘behind all the smoke and mirrors’.”

Thanks for the info and post, Scott [ Lowther ]. I wonder where the Zenith Star mockup is at now. Probably hanging out with the ‘missing X-20 / DynaSoar [ i.e. Space Plane ] mockup’ …

The latter aforementioned Blog comment rings a distinct bell for me in more than one ( 1 ) way.

Specifically, on behalf of Mark Richards, Kerry Cassidy referenced what Mark identified as a “Space Plane,” and while I do not know what model he meant, I am aware of several types of very real “space planes” such as the experimental X-33 and others including the SR-71 BlackBird, which many people are only ‘semi-familiar’ with, and because I did not release the maximum altitude, top speed, unique nosecone material, characteristics of the ‘other than flight suit’ or pilot training qualifications of such crafts or from what ‘Office’ such flights are missioned out-of so, I don’t believe I violated any of my past national security oaths. And, ‘yes’ it does look like an early version of the US. Space Shuttle that is actually referred-to in proper parlance as being a ‘Space Truck,” which some may find a bit amusing.

The very first time the “Space Plane” named “DynaSoar” ‘publicly appeared’ in print was during the early 1960s in the American magazine ‘Popular Mechanics’, and it looked nothing like the ugly duckling depicted above.

During the era of 1960 however, the original U.S. “Space Plane” ‘nickname was known as the X-20 code-named “DynaSoar,” which later in 2002 I was able to link to another type of U.S. secret High-Energy weapon known as one of several Directed Energy Weapons ( DEW  ) 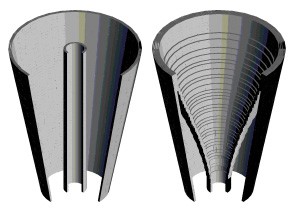 In 2007, this brought to my mind the September 11, 2001 ‘Twin Towers’ and ‘Building 7’ sudden ‘concrete and steel building disintegrations’ where more than 50% of their solid masses – contained within all three ( 3 ) buildings – were ‘vaporized into a gigantic dust particle cloud’ that drifted out over the adjacent waterway where they came to settle.

I found the aforereferenced ‘National Interest’ quip, at the very bottom of their story, eyebrow raising knowing what I already knew about ‘smoke and mirrors’ of mothballed Programs and Projects surrounding our lay term of ‘The Secret Space Program’.

While Americans enjoyed believing that StarWars was untouchable by Russia, the Soviet Union of Socialist Republics ( USSR / CCCP ) had its fun under the Sun too with its Polyus spacecraft, prototype of the Soviet military Skif combat laser platform in response to the U.S. Strategic Defense Initiative ( SDI ) Program nicknamed ‘StarWars’.

[ UPI NOTE: the long black tube mounted to the side of the rocket

The SDI system was not just a scarecrow or a bluff.

SDI was an absolutely serious U.S. bid to transform emerging scientific and technological superiority during the 1980s into a real military advantage whereupon America’s calculation appeared cynical in-that either Russia might be tempted to enter an economically ruinous arms race or, the U.S. would undeniably hold military advantage it could use as a tool to pressure Russia with an international conflict of interest.

Both Superpower nations were allowed to quickly steal America’s key-critical defense football by outnegotiating those specific two ( 2 ) American presidents. In essence those two faux paxs began the beginning of the end of the American world as it was previously known, until America’s curious strongman President Donald Trump entered the U.S. defense picture in 2016.

Where America goes is anyone’s guess with a U.S. coup currently building a fevered pitch however, with criminal indictments coming down federal prosecutorial drain pipes on both F.B.I. and C.I.A. personnel with regard to FISA Court 302 application frauds, it now boils down to who arrests whom first.

The distinct activation of all U.S. military reserve branches spells a bloody course stirring amidst all rank and file of the American government whose population of polarized peoples are sure to get themselves caught-up in the fray to unfold between October 19th and November 3rd, 2019.

Now is a good time to go on vacation.

Stay-tuned to Project Camelot and The UPI Guy.

If you’d like to support my full-time voluntary research and reports, please DONATE, by clicking either of the three ( 3 ) links ( below ):

Bank-to-Bank ( online or in-person via your bank to mine – BofA savings acct. Paul E. Collin ):