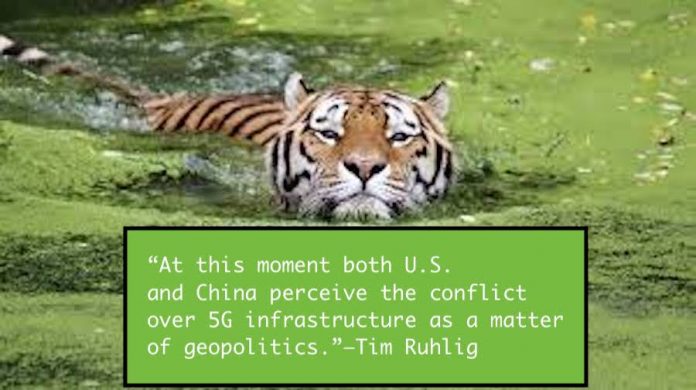 This channel below is proposing the idea that the U.S. and China are splitting the world in backing either the Huawei version of 5G versus another more benign (if that is possible) version of the technology backed by the U.S. (Trump administration) via companies such as Nokia and Ericsson.  If true, this reveals yet another sinister aspect of the 5G rollout that centers on Global dominance agendas through competing 5G tech platforms (read competing AIs).  Of course one would be in favor of healthy tech… worth pursuing.  Are there tech companies with a conscience to develop a true competing version of healthy 5G or is this a paper tiger to allow 5G rollout under a facade of being a ‘healthier alternative’….   The appearance of competition which covers an AI takeover (left hand / right hand) plan of attack.
Food for thought.
Huawei: China’s way to take over the world through 5G. …Watch!
www.youtube.com/watch?time_continue=2&v=obCuAHO_kCY
Worth another roundtable!