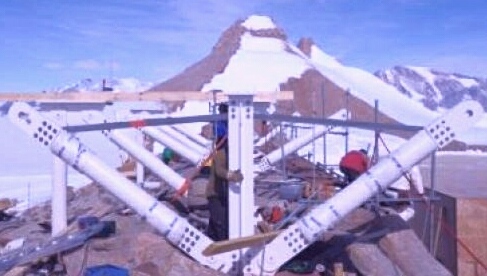 LOS ANGELES – May 17, 2018 – First Russian Antarctic Expedition was a sea voyage made by Bellingshausen and Lazarev from 1819 to 1821 to the Southern Ocean (South Pole ) to prove the hypothesis of a sixth continent — Antarctica.

Russia President Vladimir Putin announced that toponyms, in the Russian-language, are being removed by Google from the world map especially in Antarctica where certain place-names, given by discoverers of Antarctica, such as  and Mikhail Lazarev and Fabian Gottlieb Thaddeus von Bellingshausen ( Thaddeus Bellinghausen ), practically cease to exist.

Smith Island as actually being “Borodino;”

Vladimir Putin stressed the 2020 anniversary of Antarctica discovery was made possible by Russian seafarers, and he has instructed the Russian Geographical Society ( RGO ) to create a new World Atlas under the Russian Ministry of Defense ensuring availability of its cartographic materials and guidance for compilation of a real atlas “in modern computer technology formats” over the internet available to travellers, tourists, and motorists use of such across the internet.

“Russia is not going to impose anything on anyone, but it refuses to condone the systematic distortion of historical geographic data due to the lack of modern Russian maps in the public domain.”

If you enjoy reviewing my columnar reports at Project Camelot, please show your support, via your PayPal donation directly to me, here: