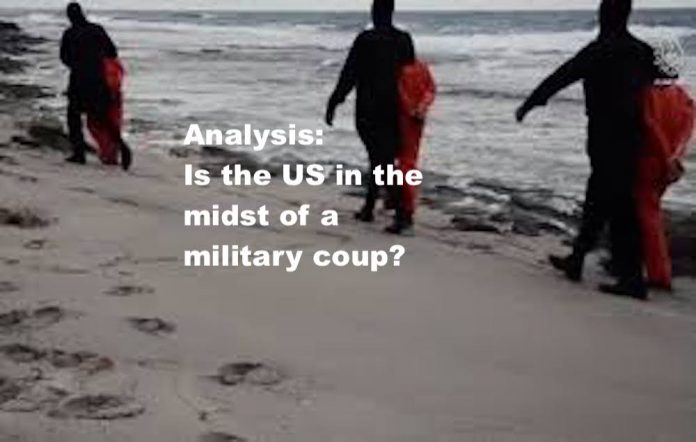 Are we seeing the Trump administration in the midst of a military coup to take over the government?  One part of our military is clearly not taking orders from Trump.  Why do I say that?  Because right before the escalation in bombing of Syria, Trump was announcing plans to withdraw troops from Syria.

One can easily envision the attack coming on the heels of false intel going ahead without Trump’s command.  And this would put Trump between a rock and a hard place in having to go along otherwise if he exposes the insubordination in the ranks he would be revealing the depth of the true chaos behind the scenes of his government.

Any announcement by the Trump administration that a coup is underway would result in immediate revolution in the streets of America.  Yet this revolution is already happening.  People are questioning everything our governments are claiming and rightfully so.

Award winning reporter Robert Fisk has revealed the false intelligence used as a basis to escalate the bombing of Syria.

So if, as has been reported, we (the allies) bombed strategic locations where chemical weapons are being produced using false intel to ‘give us an excuse to do so’, then that is one scenario.  It has been said that the bombing was fairly insignificant by one news source for example.

Consider if Israel and the US., France and Britain decided that they needed to eliminate chemical weapons plants in Syria (if those plants do exist) then used false intel to carry out their mission this is in keeping with their tacitcs.  However, now that the false intel has been revealed to be just that, we are left with what appears to be an escalation in that area of the world and a heightened push-pull with Russia over influence in the region.  This analysis of course is based on recent news and may lack the foresight that involves the alien contingency which is always operational behind the scenes of any world affairs especially those involving war.

We do know that according to Mark Richards the Reptoids have made large incursions underground in Syria and perhaps other locations in the Middle East.  This adds more complexity to understanding what is really going on.

But he also said they can take back 30,000 to 40,000 human prey, dead or alive… He said they trade human slaves to other races — it’s one of their “businesses”.–Captain Mark Richards interview VII 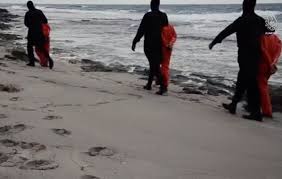 We also know, of course, the push to further control and destabilize the Middle East has been part of the Illuminati Agenda going back to the Neocons PROJECT FOR THE NEW AMERICAN CENTURY.

Based on the number of visits to Antarctica by the U.S. government we must assume or at the very least wonder whether the policy of the U.S. is being dictated by the Germans who have long held the base at New Berlin and likely commandeered the alien tech left behind by ATLANTIS.

This is where the story goes….

All of the above is an indication that there is much more going on than meets the eye with this latest attack on Syria.

I think there is something in Syria that the US want. The same as Iraq hidden ancient tech.

what is the source of the photo with the 8′-9′ soldiers? If Mark has been in jail for decades and they are clearly watching him carefully how does he get his intel?