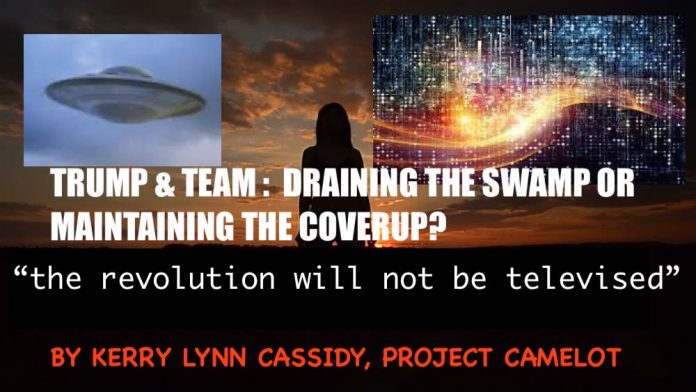 Trump announced today, a return to the Moon and Mars via NASA (never-a-straight-answer).  This is problematic because actually we are already there.  And by God, he must know that by now.

So we have a President who is going along with the coverup of the secret space program.  If he and his team are busy rounding up and at least according to one source shooting(!) pedophiles… then he needs to know that he has a lot more work to do to ‘drain the swamp’ as they call it.  You can’t stop pedophilia, child trafficking and human trafficking and slavery by ignoring the real source of the problem which is the off-planet (and on) races of reptilians and greys who feed on human fluids and organs.  The human hybrid side of this is only the tip of the iceberg.

And the problem is systemic.  All arresting and/or shooting (as one source tells me) a few pedophiles is going to do is weed the garden and the strong ones will simply go into hiding and go deeper…. The problem remains because vampires and reptilian tendencies cannot be legislated out of existence.  They are endemic to certain races.  And we on Planet Earth have been invaded and infected with these tendencies.

And the invasionary forces of negative aliens are already deeply embedded here in underground and undersea bases that in theory must be taken out!

While Trumps team nabs a few token pedophiles meanwhile in Dulce and underground bases AROUND THE PLANET humans are being experimented on against their will, genetically manipulated, eaten, tortured and enslaved and sold as slaves to visiting races.  This is where the real battle must be fought.

I am thinking of doing a show about what is in essence becoming a civil war in America … The two sides…  I am told by a source that Trump and his group want to take back 15 trillion from Pureheart (see my interview with Paladin on history of the White hats for more on this)  they may in essence be stealing from our future and the protection of the Planet and its people…because this is where the money goes.

I will invite a few good men (and women) to do a virtual roundtable and discuss this crucial issue.

Some may say returning the $15 trillion (actually it’s a lot more) to the “people” on Earth is a good thing.  But we have to figure out what our true priorities are.  And this kind of discussion never happens because 95% or more are completely unwilling and unable to have such a discussion because they don’t recognize the real problem!

Money for who?  People on earth?  in the US?  surface earth?  what about the battle for the future of humanity ?  So if you steal from one place to give to another do you solve anything?  World hunger can be solved using the technology in use by the secret space program.  We know this. Where does the secrecy end?  Because without true acknowledgement of the issues we on Planet Earth will continue to be bystanders and victims used and abused by the chosen objectives of the Secret Space Programs and our relations with off and on Planet hidden races (both allies and enemies).

My point is  who benefits and why?

As one person put it:  “I don’t want the cabal developing it so they can use it to control us and kill us.”   Is Trump and his team a ‘LIMITED HANGOUT?’.   This is all about the BATTLE that Trump is supposedly waging.  We have multiple witness testimony documenting an invasion of the CIA a few weeks ago by Trump and his forces.  Is this the real shot across the bow of a CIVIL WAR in the United States?  How can it stop at our borders when we have to deal with the real home of the Illuminati in the UK, Brussels, Europe and what about the objectives of China who are running their own secret space program?  Who is your friend and who is your enemy?  Do you want Trump to start a war that will kill us all?

Who is he really fighting and what does he plan to achieve?  And how far can he go?

If all he does is clean up the surface while under the earth…off planet  people are dying every day in conditions far worse than the camps in Nazi Germany, what does it really mean?

For example here in California there is evidence they caused the fires using LASER WEAPONS (or directed energy weapons involving particle or plasma beams).   We have video footage showing beams shot from planes even helicopters setting fire to individual homes and leaving others untouched. And this continues here while Trump and team are supposedly tracking down pedophiles to expose and burning poppy fields and heroin labs in Afghanistan.

So if he is supposedly taking charge why is this happening?  I have a video showing clearly a man made high pressure system blocking the incoming moisture that could have put out the fires in California right away.  Who’s allowing this to happen?  What is the real priority here?

What this tells me is that he and his team obviously don’t have control of the secret space program.  And without that they are just cosmetic.

This is the topic for discussion.  Take back PLANET EARTH!  This is the real objective of any sane person.

Trumps moves with the part of the military that support him and they know what I am talking about.  Do you?

We are already in a CIVIL WAR if our government is invading our INTEL AGENCIES and destroying their drug stashes and operations in other countries!

This is not going to be a nice little contained civil war.

THE REVOLUTION WILL NOT BE TELEVISED!!!!

Throwing a few pedos in jail or shooting them won’t solve the problem.

There is and has been an invasion all over the earth in under sea and underground bases of diabolically intentioned aliens.  They are here.

The human issue with vampirism, pedophilia = power over others and drawing power from others.  It’s just the tip of the iceberg of what we are dealing with.

Until the people know what they are really up against they will suffer the consequences. We need a world of warriors not a world of citizen drones living and working in the dark to feed the machine.  Stay tuned for more…

Thank you Kerry, well said. Recognizing the problem and doing something about it are two different things. Shining a light on what really needs exposing is all some of us can or have signed up to do. Supporting those who are taking the hits for the rest of us is very important and is where most of us can contribute in one way or another. There are many roles to be played and all are necessary to change this paradigm. Perhaps we wayshowers are just laying the groundwork for future generations or maybe the change will indeed happen “in a… Read more »

Do you REALLY believe President Trump has been told ANYTHING about the shadow government and that all the money is going to the SSP? Do you think he really knows what is truly happening in CA or anywhere else? He wasn’t even aware that Gen. Flynn had resigned because he was being blocked from talking to Trump. When the President found out, he raised hell! The Obama minions whom he was foolish enough to leave in office have effectively blocked almost all information from getting to him. Obama knew because he was a part of the time travel early trainees.… Read more »

I don’t see my crowed of awoken lately (mostly due to Qanon, we dived into deeper topics) First we need to organize into a centralized structure of command or cells of teams. I prefer the cells of militiamen , that are trained and designed to deal with non human threats. Training like field aid (medics), communications specialties, trained scout(hunters), and someone with the funding and ability to keep these groups going as they prepare for worst case scenarios. Right now , able people like me who can fight hand to hand, trained in rifles and pistols, and some come with… Read more »