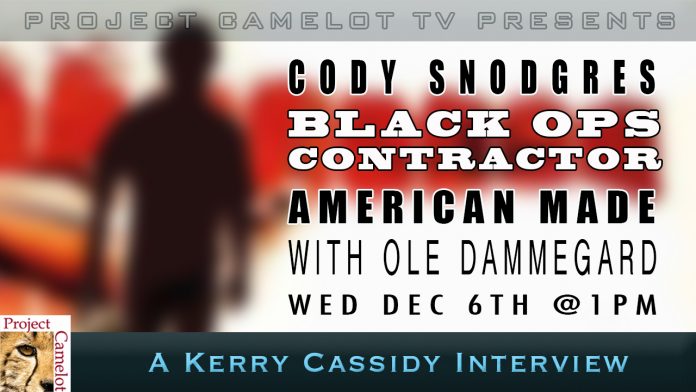 …”After 22 years of silence, my friend and former independent Black Ops Contractor Cody Snodgres, has decided to step forward as a whistleblower. In 1994 he was offered 1 000 000 USD by the CIA to bomb the Alfred P. Murrah Building in Oklahoma City. When he turned it down, he went from being an asset to a liability and the agency then tried to kill him on several occasions. Two times he died, but hospital staff managed to bring him back to life. This will also cover Cody’s experience with black ops and money laundered through the Clinton and Bush crime families.”–paraphrased message from Ole Dammegard