Sean and Melissa are now being held in San Bernardino County — see links below to send gifts and contact them. 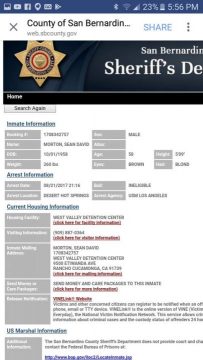 … in hiding and on the run broadcasting from somewhere in the Universe… Sean talks about his case and the illegal proceedings in the court room. He also talks at length about Trump, the SOLAR ECLIPSE on August 21st and it’s lasting effects going forward for the United States.

Support Sean by purchasing his books