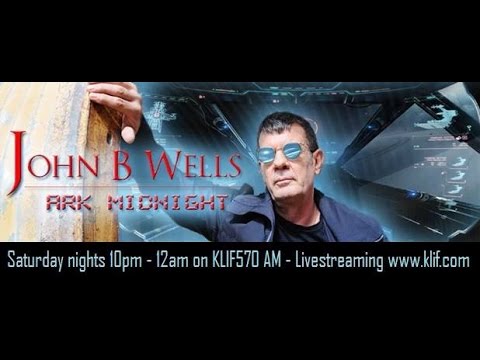 Every four years and to a lesser extent, every two years, we are bombarded with “polls”, polls to tell us who the voters approve of, polls to tell us what the important issues are, polls to give us the latest trends and polls to tell us who will win a particular election, whether it be national or local.  There are two categories of polls, the ones in which the results are released to the public and the ones that are private.  This distinction is important to delineate as the public polls have primarily one purpose when it comes to candidates and that is to give the voters a heads up on how the election will turn out. Or in the  famous words of Turd Blossom himself, Karl Rove, to “create our reality.”

Yes, readers, it’s a mind trick. The cabal spends millions upon billions of dollars annually on their think tank groups to formulate methods by which they convince the public that their plans for world domination are actually not only accepted by the public but demanded by the public. It’s the old formula of problem-reaction-solution, giving the public the perception that they had a voice in the ultimate decision when in fact, the public is being led to their own demise willingly. The giveaway to these psychological ploys is the word, war. War on drugs, war on poverty, war on terror among the historical ruses the cabal has foisted on the public to gain their support for what turns out to be anything but a war on any of their “targets” but instead, a ploy to garner more and more tax dollars. This, in the end, convinces the public to fund their own downfall, putting us more in debt and transferring more of our wealth to the cabal.

The pushback this election cycle by the American voting public has been primarily on the Republican side of the aisle, akin to the UK’s rejection of the EU in the form of the Brexit vote.  Will this carry over to the November presidential election? Most likely it will as the mainstream media’s desperation grows by the day in their attacks on the Trump campaign. This indicates what most of us already know, if there is a fair election in November, Trump will win in a landslide.

Who will vote for Trump? First of all, let’s start on the Democratic side of the aisle. The Bernie Sanders supporters were given a glimpse of reality when the hacked emails of the DNC showed the whole process was rigged from the beginning. But what does Bernie do? He throws his support to HRC and proves he was just the designated “Huckleberry” in an attempt to legitimize the fix. The majority of his supporters will vote for Trump. The Republican vote will go to Trump as evidenced by his landslide victory in the primaries and all that’s left is the “independent” or “undecideds”, the majority of which will also vote for Trump. And if anything, Johnson and Stein will take votes away from HRC, not Trump.

How do we know this? One of our inner circle is acquainted with the owner of a polling company who’s been in business for over 40 years and conducts private polls in 35 states. So far, Trump has received at least a 70% approval rating in all polling and has been as high as 90% in some areas. Interestingly enough, some of the registered Democrats have stated they’re going to vote for Trump.  This is not surprising given their candidate is one of the most corrupt, if not most corrupt political candidate in our 200+ year history.

Be apprised that the polls released by the mainstream media are for shaping the public’s collective thinking by creating our reality, as Karl Rove so aptly put it.  What we are witnessing is the mainstream media predicting a close win for HRC in November. Expect HRC’s poll numbers to go up after the last debate, regardless of the performance of either candidate so that when they manipulate the results of the election in her favor, no one will complain. They’re counting on the herd mentality as they know voters like to be able to brag after the election that they, “voted for the winner”, regardless of whom it is or what they do in the following years during their term after they are elected.  These same voters will defend their choices to the death for they are not about to admit they’ve been duped or they were wrong. This is the objective of the think tanks mentioned above, to create the cognitive dissonance that permeates our society.

The White Hats were contacted a few months ago regarding a new exit polling application that was in the development stages designed to provide accurate exit voter polling. In the coming weeks, every Monday, we will release new and updated information regarding the PollMoll app and the election news as it develops.

The Android app has already been released and the Apple app will be released later this week in addition to a windows app that will follow.

To listen to a detailed discussion of the need for the PollMole app and the ideas and reasoning behind it plus some insights into the long history of election fraud in this country, click the link below for an interview with the inventor of PollMole.

The White Hats group is working closely with Dr. Davis in the development, introduction and implementation of the PollMole app in an attempt to prevent HRC from stealing the election. We urge our readers in the US to download this app as soon as possible and get familiar with its features ahead of the election on November 8.