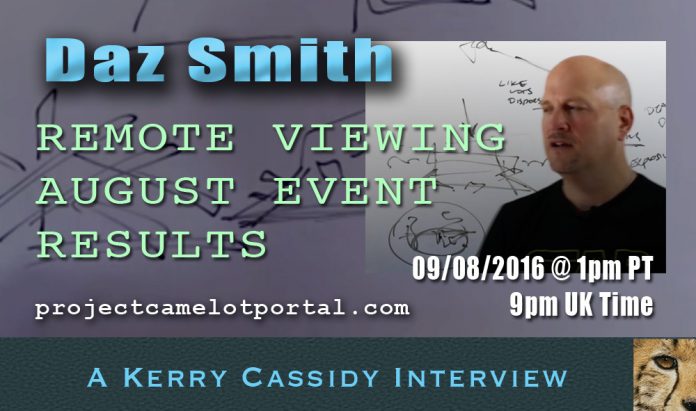 I interview Daz Smith, one of the Farsight Institute remote viewers connected with the CROSS TIME project that Courtney Brown has been producing.  We talk about his August viewing — it appears he was right about the Italian Quake… and his new viewing of September which has not yet happened as of this interview.  We also discuss his training and psychic background as well as some channeling he has been doing communicating with various beings of all kinds.

FOR MORE ABOUT DAZ SMITH go to his website: