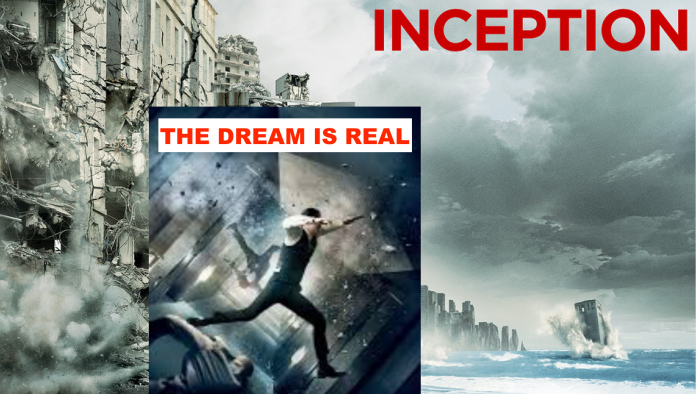 “…WHAT’S THE MOST RESISTANT PARASITE? AN IDEA.”– movie trailer “Inception”

I saw this movie a while ago when it came out.  Yes we do know memes and thought forms are generated and shared and ultimately can become shared realities (see Tavistock and Rand Institute).

This is not new.  I will say that in my view a lot of the stuff circulating with regard to financial downturn, fema camps and disaster scenarios appear to fall into this category.  People seem bent on seeing this future scenario become a present reality.  I do not share this ‘dream’.

I find it very distracting and hence pay little attention to the constant stream of ‘fear’ based diabolical programming being out putted by the PTB…  but many people I interview and hear from spend a great deal more time and energy on this.

I do see some alternate reality visions of our future but rarely do I see the scenarios that most alternative news spends so much time on.

One can understand you don’t need to actually “put” people in a fema camp if you simply sell them on the idea of it happening… that fear will motivate and steer peoples subsequent behaviors in multiple ways once they accept that ‘reality program’.

You can then interrupt their careers, investment strategies, plans for the future, vacation choices and so many other things it bogles the mind.

Get people to trust something outside themselves to tell them their possible future more than themselves and they will build your diabolical dream for you!  This is a magicians trick and one the illuminati (dark magicians) are constantly engaged in.

This is why they like to implant or “tell” you what they plan to do before they plan to do it.  They get your subconscious (and sometimes conscious) thought patterns to entrain in that direction and voila it materializes likely with a lot less effort than might normally be required.

Get 1000 or more or even 3 or more (as Christ supposedly said) thinking  along preconceived lines and you can start a revolution or plan a destruction.

This is the power of thought.

We are all magicians or world builders… Just beware of who and what you put your ‘faith’ in.