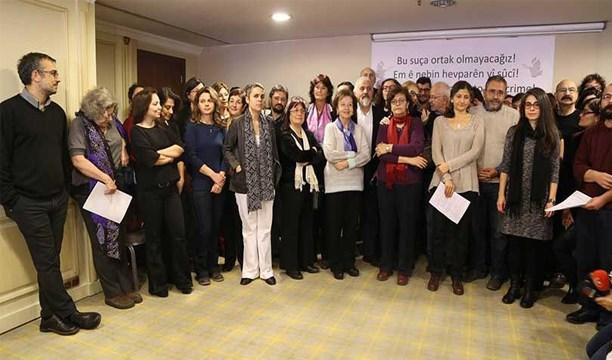 …”Erdogan has now widened his definition of ‘terrorist’ to include critical parliamentarians, academics, writers and journalists, as he regards them as accomplices. In January more than 1,000 academics signed a petition calling for a return to the peace process with the PKK. 30 have been dismissed, 27 suspended and three have just been detained prior to prosecution, for “making terrorist propaganda”.  www.independent.co.uk/voices/turkey-has-reached-new-levels-of-journalist-repression-yet-the-eu-willingly-lets-itself-be-fooled-a6944501.html

Scholars Who Signed Petition Detained in Turkey, Many Dismissed from Jobs