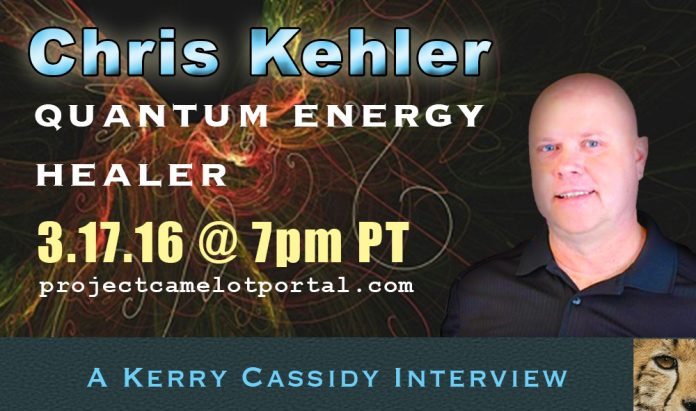 CHRIS KEHLER is my guest. We talk about Chris’s background and how he started down this road, his technique and stories about individuals being healed as well as removal of entities, attachments and activating DNA stands.

SHORT BIO from his site:

Chris Kehler is a quantum energy healer, using the ancient form of pendulum dowsing for finding the root cause of all health problems, working with pyramid energies and various sacred geometric tools for resolving health issues.

Chris uses his extreme open mind to develop the fundamentals and theories for his successful healing protocols which he uses on clients around the world and beyond. Chris has learned very quickly that when working with universal energies, one must think not just outside the box, but WAY outside the box.

By this we mean that all possibilities need to be considered when working with a person’s ill health. Not only are things like virus’ and infections tested for, but, also “off the wall“ possibilities like:  alien interference, entities, demons, spells, curses,  the God Realm, karmic debt and how well your body is grounded to the earth are considered.

Chris’s work has become a worldwide phenomenon in energetic and remote-distance healing as he works with anyone and everyone in the entire world via Skype and telephone, which has gained him and his clinic worldwide notoriety.