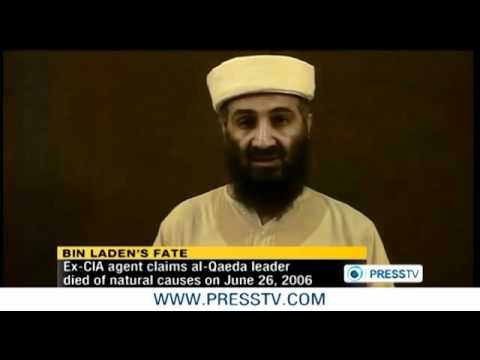 by, The Unwanted Publicity Intelligence Guy

LOS ANGELES – February 20, 2016 – The Islamic Republic of Pakistan is more interesting than most think.

Pakistan has its Guard of the 5th Brigade, which is ‘exclusively’ ( alone ) in-charge of The Saudi Arabia Royal Family personal security protection.

With all that Arab wealth, why use Pakistan’s government military ‘5th Brigade’?

Apparently, ‘not’, research provides ‘that particular elite Pakistan force’ ( 5th Brigade ) happens to actually be ‘the best personal security protection in the World’.

Former Pakistan President Pervez Musharraf used to bring a ‘certain mutual friend’ of mine from the Pakistan Associated Press to lunch almost every day during at-least 2001 through 2004 ( when I was assigned on a few missions while in Eastern Europe ).

Ahmed would write me often, sometimes several times a day, just after September 11, 2001. Amongst details within our exchanges were, ‘where’ Usama bin Laden was ‘secretly hidden’.

Ahmed would ping me with curious intelligence bits ‘n pieces I’d knock-out with a few curve-balls.

I vetted Ahmed, after considering him possible of CIA, MI6, Mossad or a cut-out for Usama bin Laden’s Chief of Security; a former U.S. Army Special Forces Lieutenant – I was tracking at that time.

In early 2002, I decidedly went through the Pakistan Associated Press main switchboard, asking another reporter if he saw Ahmed in their newsroom and after confirming I asked him to bring Ahmed to the phone I was speaking on.

It was the ‘same’ “Ahmed,” alright so, we had a nice long chat after I asked him to send his co-worker to get lunch while Ahmed continued talking at that desk.

Ahmed knew things, but he only knew things the C.I.A. was leaking through ‘his friend’ ( Pervez Musharraf ).

My other intelligence disagreed with Ahmed, which had Usama bin Laden pigeon-holed in one ( 1 ) of two ( 2 ) geographic locations; both of which were nowhere near ‘Pakistan’.

Ahmed’s luncheons with Pakistan President Musharraf had bin Laden hidden in Pakistan, while I had bin Laden’s escape route charted to Socotra Island of Yemen. For years, Ahmed and I begged to differ.

In 2001, my website ( X-CIA Files at MSN ) reports were 6-months ahead of anything released by The New York Times on several counts surrounding these related subject affairs.

At that time, I knew Islamic Republic of Pakistan intelligence service (ISI)was lying to the CIA through President Pervez Musharraf and protecting a plethora of foreign nation intelligence agents and non-State actors and assets throughout South-Central Asia.

Amongst a variety of topics, I wrote long detailed reports about terrorist activities in several global regions; providing player and sudative names, network training camp locations and size and tradecraft strength, plus more than any single publication in the world.

The only ones reading my website reports were spies, former spies, newsroom researchers over at The New York Times, and bored military housewives.

The name “Taliban” wasn’t even used by any mainstream news publication when I first ( 1st ) wrote a lengthy history report about them too.

In September 2001 through November 2001, I wrote secrets about Usama bin Laden before the public ever read it anywhere else, much of which has ‘still never been reported by anyone else to-date’.

In 2015, although I never told Ahmed ‘he may have been correct’, after watching U.S. President Obama confirm killing Osama bin Laden in the Islamic Republic of Pakistan, I was convinced something was very wrong with that so-called ‘news’.

Eventually, I dropped that research project. I was just beating a dead horse; right?

I ran across a brief video interview with a woman ( Benazir Bhutto ), who I had written-to back in 1983, where years later she became President of Pakistan; and, was later assassinated – but I never knew ‘why’.

The purpose of my legacy letter dealt with admiration for her honesty, strength and courage for speaking out against corrupt government officials and strongly supporting far more honest leaders.

Benazir attended Harvard University in the United States and was a brilliant orating diplomat.

The video interview saw her name a man, who killed Usama bin Laden, shortly before her assassination in 2007.

So, who was lying? Benazir or Barrack?

Ahmed Omar Saeed Shaikh ( also known as ) Omar Sheikh ( aka ) Umar Basheer, a British ( UK ) citizen who was in England at L.S.E. where he was recruited to be a counterintelligence agent-in-place stationed in the Islamic Republic of Pakistan by England MI6.

According to CIA agent Berkan Yashar, Usama bin Laden was killed on June 26, 2006 in Chechnya.

Interestingly, Usama Bin Laden was already dying of “Marfan Syndrome” in 2001 when he went to a hospital in Rawalpindi, Islamic Republic of Pakistan plus the ‘fact no one lives more than 2-years with Marfan Syndrome’ begs the question: “How did Usama bin Laden ‘live for ’10-years’ with ‘Marfan Syndrome’?”

The following individually interviewed personages ( below ), provide riveting documentary evidence surrounding ‘when’ Usama Bin Laden died, ‘where’ he died, ‘who’ killed him, and where he’s buried today ( ‘not’ in any “ocean”! ).

One of those persons attended Harvard University in the United States and went on to be the now-late Pakistan President Benazir Bhutto Shaheed who in November 2007 publicly revealed Usama bin Laden was already killed by Ahmed Omar Saeed Shaikh, and less than 1-month later on December 27, 2007 she was assassinated.

Pakistan President Benazir Bhutto’s husband who was upset with the Pakistan government intelligence service ( ISI ) because they hid facts surrounding his wife’s assassination was arrested and killed shortly afterward.

British counterintelligence assassin Ahmed Omar Saeed Shaikh is not only linked to funding Mohammed Atta for the 9/11 operation but also the beheading of American journalist Daniel Pearl whose wife blamed the CIA for his death whose investigative assignment was on the Pakistan intelligence service ( ISI ) assistance to British counterintelligence agent-in-place Ahmed Omar Saeed Shaikh for his role paying the final $100,000 payment to Mohammed Atta for 9/11 attack operations on American soil.

While British counterintelligence agent-in-place Ahmed Omar Saeed Shaikh was in a Pakistan prison, the U.S. State Department confirmed he was actually under ‘house arrest’ at the palace home of a former official in Pakistan based on a U.S. CIA request through a former Britain MI6 intelligence service official.

U.S. President Barack Obama is seated in a ‘small room’ with now-former U.S. Department of State Secretary Hillary Clinton watching video screens, while some unknown individual narrates a previously recorded non-public view describing U.S. Navy Seals “Team 6” egress a residential location in Pakistan to kill Osama bin Laden in 2015 while everyone stares at these screens until Hillary Clinton ‘flinches’ when she watches a woman shot and killed inside that residence but ‘not’ Usama bin Laden.

The world spectacle currently sees the conclusion of ‘Act 2’, tantamount to a ‘musical’ interlude, before War ‘Act 3’ comes ‘before’ or ‘after’ the America 2016 presidential election for what’s in-store not far away yet with other non-State actors of ISI America ( ISIA ).

Ousting politicians, bought and paid for my multinational corporate conglomerates running the world of mainstream news to the public, is up-to just how serious United States citizens value America at voting polls come this November.