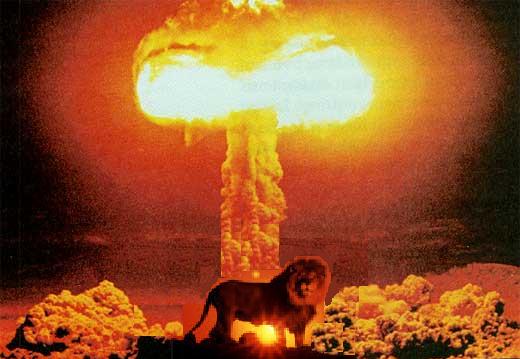 Crude oil storage levels are nearing those seen since 1935 so, why has such occurred 80-years later in 2016?

Could the price drop of oil relate to declines in Export-Import Bank credit insurance per barrel of oil for international shipments on port-to-port deliveries?

Could increased oil production with consequential storage increases be attributable to visionaries of either a ‘man-made disaster’ ( war ) or a ‘natural disaster ( asteroid ) on everyone’s horizon?

What do actuaries, who set the rates for insurance companies to follow, ‘know’ that people are unaware of?

The easier guess might be an ‘asteroid’ impact, which is easier calculated with a much higher degree of accuracy than the minds of men controlling global affairs.

The U.S. National Aeronautics And Space Administration ( NASA ) and European Space Agency ( ESA ) predicts a Near Earth Object “Asteroid” impacting Earth in 2018, and with their recent announcements of combined effortings through certain Programs and Projects, designed to “redirect” and somehow “deflect” Asteroids inbound to impact Earth are supposedly now being managed by their newly announced ( 07JAN16 ) U.S. Planetary Defense Coordination Office ( PDCO ).

Is the U.S. government expecting the asteroid “3 Juno” on a close approach to Earth during November 2018 or something else?

The little known history of BANK TEJARAT hides what was formerly known as the IRAN-RUSSIA BANK established in 1926 in Persia also known as Iran with Russia until September 1979 when it merged into eleven ( 11 ) other banks in Iran now holding all worldwide branches for this one ( 1 ) particular bank ( alone ).

As for the one ( 1 ) lone nuclear weapon in Iran since at-least 1971, such cannot be further detailed within this report, except noting where such originated from.

Could America on its stance against ‘Russia’ supplying Western Europe oil plus U.S. allied stance of Saudi Arabia against ‘Iran’ be the reason for U.S. and Saudi Arabia nations continuing rapid oil production?

Without ‘war’, how else can such huge oil stockpiles make any sense since oil companies are losing $2,000,000,000 ( billion ) per ‘week’ because of creating a global oil glut responsible for driving down the price of crude oil per barrel?

Albeit war or an inbound asteroid, the world public witnesses predominantly what corporate conglomerate media reports cleverly ‘never assemble in news broadcasts for people’ whom in this divergent case instance are only provided ‘incomplete information’ with ‘government-embedded slanted broadcasts’ leading populations to only understand ‘the price of fuel is drastically dropping’ while hiding on the other hand looms the distinct possibility of either a man-made or natural disaster more likely imminent than mainstream news trending China economics or stockmarket indicators.

The largest consuming countries of oil are America, Japan and China and even more interesting is all three ( 3 ) nations share something else in common.

China, Japan and the United States of America are all experiencing an ‘elderly population explosion’ group known as “Baby Boomers” as a big problem bringing yet another global economic problem creating a vacuum leaving work-force levels threatening national productivity for these three ( 3 ) nations with retiring populations with government subsidized incomes now more-so than any other time in the history of modern man.

Low oil prices only increases global economic growth for petroleum based products rising in demand until vast numbers of adult populations die-off whereby demand will drastically drop from statistical cliffs previously climbed. Hence, economic future shock will take what we understand today that can be dumped as well.

It is no surprise for researchers who know ‘why’ certain nations are allowing there borders opened to more and more immigrants for the sole purpose of ‘increasing population workforce levels’ quickly in anticipation of what will occur beginning in the next 10-years.

Looming in the wings of U.S. economic war plans operations are eventualities where Middle East ( Sharia / Public Law ), Russia and China plans indoctrinating the rest of the world on their collective ‘gold based’ reserve bank system to overturn petroleum tied to the U.S. dollar ( “petro-dollar” ) and consequential decline of U.S. currency against other global commodities; a checkmate seen by the U.S. government willing to send its military into a global war over.

Current ‘oil stockpiles’ are at levels on a ‘world war footing’ not seen since 1935 as history recorded 80-years ago.

While America searches through the list of comic strip characters from which the next U.S. President may be chosen it is likely more important to not follow that government bouncing ball, moreover to access world facts and plan accordingly therefrom to survive any aftermath albeit ‘man-made’ or ‘natural’ disaster emergencies of grave consequence by ‘not relying on government subsidies’ dwindling as we see the major adult population consisting of ‘baby boomers’ no longer contributing to production whereby the youth of today may surely view such as Capitalist vampires sucking the economic lifeblood out-of America dry whereas but in ‘reality’ multinational corporate conglomerates clandestinely led government to establish the U.S. Social Security Administration ( SSA ) that is anything but ‘social’ nor ‘secure’ for future generations whom will come to understand.

Whether the world encounter war or annihilation naturally remains to be seen and perhaps survivable with wisdom based knowledgeabilities providing people with some chance of success rather than being blindsided by ignorance as-to whom rules masses today or tomorrow or no more.

Our future destiny is what we make of life on Earth rather than what it makes of us because there are only two things blinder than America’s justice and that is fate and foolishness.
Submitted for review and commentary by,
The Unwanted Publicity Intelligence Guy ( Paul Collin )
E-MAIL: UnwantedPublicity@GMAIL.Com
WWW: KentronIntellectResearchVault.WordPress.Com/
WWW: