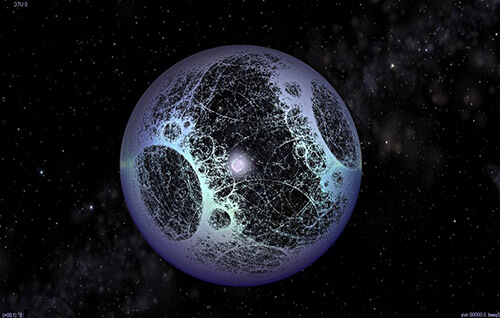 REMEMBER OUR HISTORY:  SO-CALLED ARAB HIJACKERS FUNDED BY CIA, SAUDIS… It is significant that Marshall did not have the whole picture but because of his credentials and impact was causing enough waves that “they” decided to take him out.  Like ROBIN WILLIAMS AND MICHAEL HASTINGS… he was taken out before he could further impact the mainstream.

A 911 WHISTLEBLOWER THAT WAS KILLED:  (sent to me courtesy of a source)

DOCUMENTARY about the murder

Philip Marshall, a veteran airline captain and former government “special activities” contract pilot, had authored three books on Top Secret America, a group presently conducting business as the United States Intelligence Community. Marshall is the leading aviation expert on the September 11th attack, as well as a masterful storyteller. In his final book “The Big Bamboozle: 9/11 and the War on Terror,” a 2012 publication Marshall theorized it wasn’t al-Qaida but rather U.S. and Saudi government officials who orchestrated 9/11. In February 2013, he was found dead along with his two children in their home in California. Reports indicate all 3 died of gunshot wounds. Police regarded the case as a double murder- suicide case. But many pieces do not add up. Simply, a loving father and devoted husband would kill his children before turning the gun on himself. Besides, prior to his death, he had confided to his closest that he was terrified of his family being targeted by secret agents.
This movie looks into this whistleblower’s investigations and tries to find out what he could have possibly found that cost his life and that of his loved ones.

Coast to Coast interview he did.

This is significant because it is a DYSON SPHERE that Mark Richards in my interview IV is also talking about.  This may be mistaken for Planet X or Nibiru.  It is also brought to the attention of the world by whistleblower, CLARK MCCLELLAND in my recent interview with him:

Josh is making his award winning film about the spark/smart meters available for free until midnight 12/1.

EVERYONE needs to watch this.

“I fear the day that technology will surpass our human interaction. The world will have a generation of idiots.”

“Activism is the rent I pay for living on this planet.”

Millions remember the countdowns, launchings, splashdowns, and parades as the U.S. raced the USSR to the moon in the 1960s. But few know that both countries also ran parallel space programs, whose covert goal was to launch military astronauts on spying missions. In this program, NOVA delves into the untold story of this top-secret space race, which might easily have turned into a shooting war in orbit.

Co-produced by investigative journalist James Bamford, acclaimed best-selling author of The Puzzle Palace and Emmy Award-winning producer Scott Willis, “Astrospies” uncovers new clues about the tensest period of the Cold War, when the U.S. and USSR were on the verge of war and desperate for intelligence on each other’s nuclear capabilities.

In the U.S., the Air Force-run program was given the cover name Manned Orbiting Laboratory. The public was informed only that the project involved placing military astronauts in space to conduct scientific research. But in reality, as the MOL pilots themselves tell NOVA, their actual mission was far different—although even they were kept in the dark at first.

In fact, MOL was designed to be an orbiting spy station, with two astronauts operating an array of intelligence-gathering instruments, including a telescope capable of resolving objects on the ground as small as three inches. In footage broadcast for the first time, NOVA shows a mock-up of MOL’s interior as well as astronauts training for different phases of the mission.

Here it comes … ready or not …

U.S. Senate unanimously passed the Space Act of 2015, which grants U.S. citizens or corporations the right to legally claim non-living natural resources – including water and minerals – mined in the final frontier.

The legislation is described by IGN‘s Jenna Pitcher as “a celestial ‘Finders Keepers’ law” and could be a direct affront to an international treaty that bars nations from owning property in space. The bill will now be sent back to the House of Representatives, which is expected to approve the changes, and then on to President Barack Obama for his anticipated signature.

The new Space Act allows ventures to keep and sell any natural resources mined on planets, asteroids and other celestial bodies. Commercial operations could reap trillions of dollars from mining precious metals like platinum, common metallic elements such as iron, and water, the “oil of space.” – Jenna Pitcher

The vote was celebrated by the Google-backed “asteroid mining company” Planetary Resources, which lobbied hard for the legislation and says “the market in space is ripe to bloom.”

Planetary Resources president and chief engineer Chris Lewicki added: “Throughout history, governments have spurred growth in new frontiers by instituting sensible legislation. Long ago, The Homestead Act of 1862 advocated for the search for gold and timber, and today, H.R. 2262 fuels a new economy that will open many avenues for the continual growth and prosperity of humanity.”

“This off-planet economy,” he said, “will forever change our lives for the better here on Earth.”

House Majority Leader Kevin McCarthy:“I am pleased that the Senate has advanced H.R. 2262 to give our commercial space pioneers the certainty they need to expand our technology capabilities and explore the next frontier. The growth in commercial space represents the exceptionalism of the men and women who have led this country to heights not thought possible. I plan to schedule this bill for final approval as early as possible and look forward to the President signing this important bill  into law.”

Chairman Lamar Smith: “This bill provides the boost America’s private space partners need as they lead the world into the future. Today’s action is the result of months of work with our Senate colleagues to move this crucial legislation forward. H.R. 2262 facilitates a pro-growth environment for the developing commercial space sector. It reflects years of committee hearings and input from industry partners, education groups, and grassroots citizen advocates. This bill will keep America at the forefront of aerospace technology, create jobs, reduce red tape, promote safety, and inspire the next generation of explorers. I thank Senators Thune, Cruz, and Nelson for working with Majority Leader McCarthy and I to see this crucial legislation through to the end. I look forward to another House vote with strong bipartisan support for this bill.”

The House first passed H.R. 2262 in May with a broad bipartisan majority as well as support from space community stakeholders. The bill facilitates a pro-growth environment for the developing commercial space industry by encouraging private sector investment, creating more stable and predictable regulatory conditions, and improving safety. Specifically, H.R. 2262:

Preserves the risk sharing regime that allows American companies to remain internationally competitive through September 30, 2025
Provides a four-year extension of the International Space Station until at least 2024 that gives certainty for ISS National Laboratory users
The House-Senate agreement also includes three additional bills passed out of the House Science Committee: