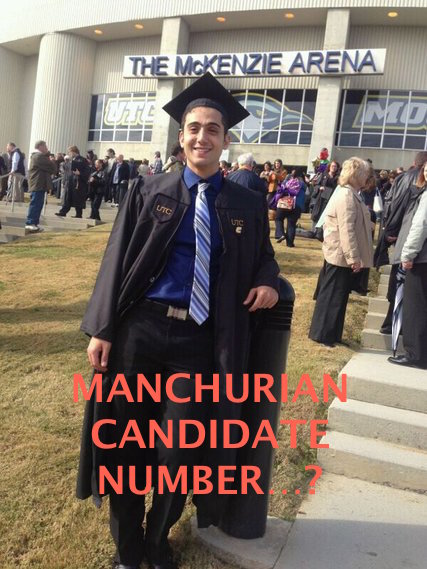 Contains proof that at least 2 of the so-called victims of shooting were already dead!

Given the growing evidence of the use of patsies and false flags with regard to Aurora Colorado, Sandy Hook, Boston Bombing, Charlie Hebdo, Tunesia recently and countless other events both past and present, the Chattanooga shootings must be carefully scrutinized for signs of mind control and manipulation as well.

The victimization of young people who are targeted and manipulated from a young age has been well documented and reveals what may surely be countless numbers of potential Manchurian Candidates in place around the United States as well as the rest of the world.  Children conditioned by MKUltra type of programming and satanic ritural abuse placing them in key areas where in later years they can be triggered and then controlled as assassins, spies and more.  This video from the 1996 is striking because of the testimonies of two young women who repeatedly refer to the use of “RADIATION” as being integral to the mind control techniques they experienced.  What comes to mind is Fukushima and the leaking radition from nuclear power plants around the world (a growing list) and how this must be part of a larger agenda with regard to mind control worldwide of populations.

We know about the use of chemtrails and flouride in water containing chemicals and nano particles that are working to make populations more malleable and submissive… We must also become hyper alert to the signs of mass mind control in populations who do not question their every day reality. It goes without saying that it has become crucial to question every incident reported by news agencies around the world in which a so-called patsy or lone assassin is blamed and often arrested and tried for crimes they either did not commit or committed as a result of mind control.  The signs are often there in the reporting when you see a “history” of something especially so-called “mental illness” coupled with a highly intelligent success story such as with the Chattanooga assassin who not long before, graduated with a degree in Engineering in 2012.

What we have here is evidence of widespread mass mind control techniques in operation alongside victims of mind control who are targeted as children.

This is a Grey-Draco infilitration of the planet being carried out by their minions, politicians and higher level officials in government, institutions and corporations.  The inspring story in the video of 2 young women who see through to the truth of what has been done to them indicates that this agenda does not work on all humans and breaks down over a certain period of time (see our interview with Duncan O’Finioan).  It is a testimony to the resilence of humanity that we are able to break through the ridiculous plethora of efforts to keep us down and controlled, time and again.  Question everything.