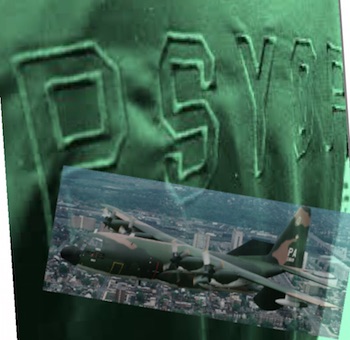 Anatomy of a Psyop

We are glad to know there was no EMP in Texas (so far) and want to thank the two whistleblowers, Dale Lewis and White Rabbit for sharing their concerns as a result of the interaction with the soldier in Texas.

On a personal level, I communicated with them prior to Monday that I felt the soldier’s story appeared to be a psyop for a number of reasons.

They are listed below. However, I feel that their actions were courageous and in the true spirit of serving humanity to warn us regardless of the outcome.

Please use this latest false flag warning as a cautionary tale going forward as Jade Helm rolls out in the Southwestern U.S. and in the time to follow.  It is instructional to put this latest from the standpoint of a psyop into sharp relief.  There is always the chance that advance warning to us resulted in a ‘change in plans’ for those with devious intentions toward humanity.  Regardless of whether this was an orchestrated psyop to float info out there and see where it goes… to gauge the actions/reactions of the populace or an legitimate soldier gone AWOL with a conscience (used by the military to misdirect people) or a foiled attempt to launch a false flag, the very fact the effort was made is enough to give us a clue to what may be coming in the future.

Keep in mind that this type of psyop or ’illuminati market research exercise’ ala Tavistock or Rand Institute on the populace is especially focused on the alternative media and those who are awake and aware.

It is highly likely this will not be the last attempt to float possible EMP attacks out there as false flags during the next few months.  For those who heeded the warnings from Dale Lewis and White Rabbit know that your preparations will not be in vain because the eventuality of the grid going down at some point in the future is a real one.  (Also see my interview with Mat Stein “WHEN TECHNOLOGY FAILS” for more info on how to prepare and the threat to nuclear plants across the U.S. and rest of the world in the event of the grid going down.)

LINKS TO PREVIOUS ARTICLES ON THIS SUBJECT:

See below for a recent update from Dale Lewis and his sources:

This is RAW info.
From direct source, retired military, with active duty contacts- They are going for GUN CONFISCATION.

There are UN soldiers already here, this is a test run for NWO  post economic collapse.
Weather chaos is real, source ( associate of source)  has NASA info. showed true galactic alignments, has not been cleaned up by NASA. this is causing volcanoes to erupt and atmisphere to go haywire, also why yosemite is closed. – source has live feeds close to volcano, there are volcanic spurts occurring. Govt. using explosives to release pressure, so big explosive eruption is delayed.  However, this is causing tremors people are feeling down the Madrid fault, not just from fracking, and factor in fukishima leaking ( forever it seems) . All together we are becoming Mars, losing our atmosphere, chemtrails cant keep up with with loss of our atmosphere. They have been killing off NASA scientists and otherwise , so to not let the info. out.
——- but its out there.

Kerry this comes from reliable source, there is more info. coming, this is only first part i typed up. will get rest soon as I can today. – I am giving it to you minus revealing source.

NIBIRU, when it gets closer we will have something hit earth somewhere on N atlantic. They know its 2 miles in diameter app. – SOURCE

CONCLUSION- they are guiding it ( remember rover they landed on a asteroid( meteor)  that went AWOL ??  Source thinks its same one, but cannot prove.  It will cause massive tsunamis, as foretold on our newest currency. We are up for a shift, this ASTERIOD – ( METEOR))  Will put us into a shift, and of course, right into economic chaos, and a mini ice- age. They are playing so many cards, ONE is going to stick. A LOT of ELITE  have bought land South of the equator by the DROVES.
Apart from that source had a vision in 2012 of invasion type excercise. and sources child, had another last week  without knowing of SOURCES dream. The moment economy collapsrs globally it will be mass chaos in S america. now is where it gets scary.

PARAVICCINNI, an artist from Argentina had visions like Edgar Cayce, but he would draw them out, one of  his last is of the Pope, around ruins but NOT in Vatican. He predicted 9-11 as well.The Pope will be in PA. in Sept. He met with Obama a few weeks back, and then with Putin. This week he released a encyclical RE climate change
The Vatican also knows whats up with this galactic alignment / revisit of NIBIRU system, and that is why they are trying to finish up CERN. to open the veil.

Basically, the world is messed up, IDK which is going to happen first, but as you know this is prophetic in the Bible, Torah, and Koran, plus others. WE WILL HAVE A MASS EXTINCTION EVENT.

Kerry , this is how I recieved it. only edited out source identity.
DALE LEWIS