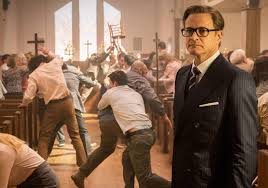 This is totally insane… If the Pentagon and Adobe couldn’t “decipher” the placard, how could some random person on the internet do it?  Are they completely incompetent or is this another disinfo campaign?

What do they expect the placard to read:  Here Lies a Dead Alien?

I am inviting Don Schmitt, Jaimie Maussan, Rich Dolan, Tom Carey, and Adam Dew to do a show on this subject.

See my prior article reposted below.  This is an orchestrated mind control campaign to discredit the above alternative journalists.

Why is everyone doing nothing but believing a “placard”??

This story is not done.  Contact me at kerry@projectcamelot.tv if you are interested in doing a roundtable on this.

NOTE:  THIS WEBSITE IS UNDER CONSTANT ATTACK PLEASE FEEL FREE TO REPOST THESE ARTICLES (KEEPING THEM INTACT WITH PROPER CREDIT TO CAMELOT)

We deal with conspiracies, report on them, document them and analyze them.  But what about when we have one staring us in the face and no one notices?

On the SAME NIGHT I was targeted and so was, I learned not long ago, Jeff Rense, another top alternative journalist.

Listen to this… important.

What are the odds that the same Friday night I have NO IDEA what happened to me… and I woke up in the morning with what appeared to be the affects of what looked like but was not diagnosed as a “stroke” — where the right side of my face was numb and I could not speak clearly and therefore could not do the interview I was on my way to do with Captain Mark Richards?

I have been told by 3 top psychics that it was a scalar weapon attack to the right side of my head.  That was my own diagnosis as well.

There was nothing wrong with my health the day before … I walked 4 miles around San Francisco the next day.. thinking the numbness would just go away…

I went to 2 chiropractors and a famous Qui Gong healer… And have had healing with another famous chiropractor called Richard Bartlett.

I am almost healed now (it’s taken a month) but I know this was a targeted life/death event and I was supposed to die.  If you listen above you will see that Jeff Rense says the same thing about his incident.

And it doesn’t stop there.  I have mentioned that both Jim Fetzer and Stew Webb, two well known journalists and talk show hosts were “fired” from Veterans Today… during that same week (April 22-25th) for their reporting on Jade Helm among other things. WHAT ARE THE ODDS?

And during the same span of time, (April-May) the debacle that was apparently a carefully constructed series of mishaps known as the ALIEN SLIDES came unraveled putting several more top researchers and journalists, into the line of fire (so-to-speak) including the very well known Rich Dolan and Jaimie Maussan.  The others involved were Don Schmidtt and Tom Carey and Adam Dew.

What the true fall-out is from the Alien Slide situation is not clear.  How can 3 years of research and investigation be overturned in a matter of days when supposed top organizations questioned whether the body was “human”…?

According to the following paragraph from the above link: (lines in bold for emphasis)

..Regarding the placard, we quickly determined that (1) its content would be key to interpreting the slides; and (2) we could not read it. So, we sent copies to Dr. David Rudiak and Dr. Donald Burleson. Both had done exemplary work in trying to decipher the so-called “Ramey Memo” – a situation very similar to placard issue here. Both responded to us that the placard was “unreadable.” Through a contact, we had the Photo Interpretation Unit at the Pentagon in Washington, DC take a look at it. They said that it was “unreadable.” A copy went to a company in New York now requesting anonymity that conducted the analysis on a major historical artifact. That company’s response to us was that the placard was “unreadable.” Another copy went to the people at Adobe, Inc. (manufacturers of Adobe Photoshop and the Adobe Reader on your computer). Their response? “It’s unreadable.” A copy also was also sent to aggressive Roswell researcher Anthony Bragalia who also reported to me that it was “unreadable.” (Bragalia has now aggressively joined in with our critics). Our own computer guy says that he applied the “SmartDeblur” software to the placard over a year ago without any success. He did so again this week to an enhanced, sharper version of the placard with the latest edition of the “SmartDeBlur” program, again without success.”–www.blueblurrylines.com/2015/05/roswell-slides-tom-careys-statement-on.html

So let me get this straight, and I admit I paid little attention to this whole story having other preoccupations of my own (see above)at the time…. but they sent it to THE PENTAGON who told them it was “unreadable”?  And yet just some random researchers on the internet read the text with little trouble in a matter of days after this all went public?  Does nobody see the MIND CONTROL going on here surrounding this series of incidents with regard to what was SEEN and NOT SEEN by the various journalist/investigators?

As Tim Rifat states we have MAJOR MIND CONTROL AND TARGETING going on here.  This is GREY TECHNOLOGY.  As in Alien-Greys.. who work with the military… Veterans Today is completely involved with and run by the CIA.  Adobe, the Pentagon etc.  Whether the employees of these organizations are well meaning or NOT… They are all susceptible to MIND CONTROL tech… This would appear to be a targeting of major ALTERNATIVE JOURNALISTS … attacking during a very concentrated short span of time when another interesting EXERCISE is gearing up… for June through September… JADE HELM.

PLEASE NOTE:  THIS WEB SITE HAS BEEN UNDER CONSTANT ATTACK FOR THE PAST 2 MONTHS…  PLEASE FEEL FREE TO COPY AND POST THIS ARTICLE ELSEWHERE TO MAKE SURE THIS INFO GETS OUT THERE… ALSO VISIT THE CAMELOT YOUTUBE CHANNEL TO WATCH ALL MY VIDEOS:  youtube.com/jagbodhi/