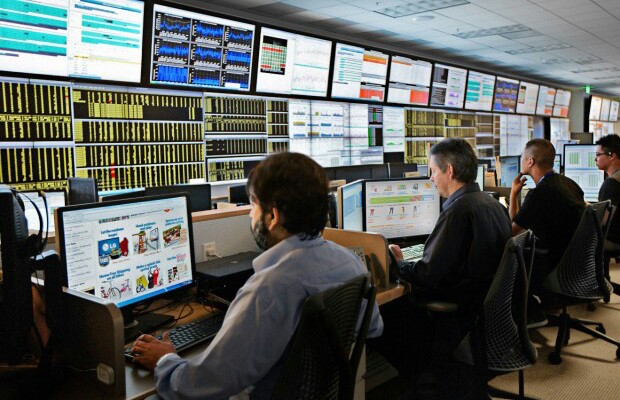 LOS ANGELES – April 18, 2015 – Over the past few years, I have studied
and written on matters of “food security” where U.S. Foreign Policy
shifted ‘imports’ of “N-46” ( Nitrogen 46, an agricultural ‘fertilizer
additive’, animal urea ) away-from Middle East country ‘exports’ to
U.S. ‘imports’ from the Far East ( China ), SouthEast Asia, and South
Pacific ( Republic of the Philippines ); to name a few – not all.

Not an expert on ‘genetically-laced combinants’ ( harmful to human
health via injestion ), it is understood that ‘certain atomic
combinants’ – when mixed with ‘N-46’  ( fertilizer additive enhancers
) – can ‘grow undetectable poisons in ‘produce’ and ‘farm animals (
via ‘feed’.

What most people do not understand is that with a ‘bio time delay
mechanism incorporated within particle chemistries’ grown in foods,
there is ‘no food security’.

I found matters surrounding ‘food security’ addressed in several
secret U.S. federal government sessions in 2003 while I assigned in
East Europe until late 2006, and before arriving back in America I
learned more overseas, until I had a face-to-face meeting with my food
intelligence contact in southern California shortly before 2009 when
returning to related foreign business affairs.

Based on knowledge provided me, coupled with my own research, matters
of ‘food security’ appeared being properly addressed by several
cooperating countries ( China, SouthEast Asia, Canada ) and a few
others with the United States, which had me return in late 2006 to
wrap-up my foreign duties by early 2012 when it became necessay to
prepare for publicly addressing audiences about what some of my former
secret work for the U.S. government entailed.

When Japan’s EastCoast offshore Far West Pacific Ocean encountered 9.2
magnitude earthquakes and tsunami setting off TEPCO nuclear power
plant chain reactions contaminating seawater and sea life ( fish,
etc., etc. ) making its way to food distribution brokers for America
such was only rumored to be irradiated food, 2-years ago ( 2013 ) I
learned amidst latino populations for the most part in at-least
southern California would ‘not purchase certain types of canned fish’;
predominantly “tuna fish,” which at-first I understood to only be
based on ‘superstition’ of “irradiation” derived from Japan seawater
radiation consequential sea life contamination coming years later to
western shores of the Americas.

No News But Public Distractions –

While mainstrean news recently announced, ‘contamination reaching
western shores of North America’, there were ‘no public advisories’,
‘no further details, and ‘no public service cautionaries broadcasted’
either.

Now, more recently, the American public is facing hush-hush
sporadically placed light newd stories aimed primarily at thousands of
people being forced out of “WALMART SuperCenter store closings for
at-least 6-months” all across the United States, with very little news
emphasis broadcasted as-to the WALMART reason ‘why’, which was only
‘officially stated’ as being “plumbing problems” that ‘even the
general public highly doubts’.

“…’Due to ongoing plumbing issues’ that will require extensive
repairs we are temporarily closing the … store. We will immediately
begin the process to address these issues and intend to reopen the
store ‘as soon as all of the plumbing issues are resolved’…”

Interestingly, it appears certain WALMART stores are undergoing what
appears to be a highly ‘secret decontamination operation’ according to
‘tents’ having been set up outside WALMART building ‘external solid
doors only’ from where WALMART Pharmacy distributions of
“prescription only pharmaceutical supplies” will continue for short
periods of ‘up-to 2-weeks after WALMART main entrance doors’ (
electronically controlled aluminum framed glass ) have been closed-off
to the public.

While rumors abound as-to why within 2-hours to 5-hours all “WALMART
SuperCenter” ‘closing stores discharged all employees’, remains
shrouded in WALMART declaring ‘all such stores closing nationwide’ in
America had ‘unusually high air pressure building up inside all water
pipes’ of WALMART ‘fire control sprinkler systems’, public bathrooms,
beauty salons and automotive service departments’, there have also
been building foundation problems rumored as well.

In-addition to the aforementioned rumors as-to ‘why WALMART store
closure numbers appear to be growing nationwide’, there is more.

Interestingly, some indications point to these monolithic domes being
suspiciously located in vacinities nationwide where many WALMART
SuperStores have and still are undergoing sudden closures for periods
of 6-months or longer.

Some believe these WALMART SuperCenter closures are suspect for
‘conversion’ or ‘takeover’ under a secret U.S. federal government as
‘Local Area Network Emergency Food Management Facilities’.

What lies ahead for American citizens constantly treated like
‘mushrooms’ ( i.e. kept in the dark while having tons of maneuer (
animal fertilizer ) dumped onto their heads without further
explanations is an ideal psychological methodology instilling fear by
fueling en-masse public uncertainties.

Executive Outcomes, while publicly uncertain for some, has other
people reviewing moves The White House made by Executive Orders
forcing decades of taxpayer expenditures financing Programs and
Projects the U.S. government decided just a few years ago that
‘American citizens no longer have a Constitutional “need to know” on
cases of “imminent grave danger national emergencies on population
centers within the Continental United States ( CONUS ).”

– No ‘city permits for major construction repairs’ were ever issued
for any of the WALMART SuperCenter ‘new stores’ and ‘old stores’
recently closed to-date’.

– No ‘plumbing repair vehicles appeared’ at any of the WALMART
SuperCenter ‘new stores’ and ‘old stores’ recently closed to-date’.

/IF YOU VALUE THESE REPORTS PLEASE CONTACT PAUL COLLIN TO DONATE TO MAKE IT POSSIBLE FOR HIM TO CONTINUE HIS WORK AT THE ABOVE EMAIL ADDRESS.  THANK YOU.

Big Boards and the Rise of Massive Office Screens