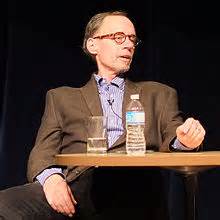 The David Carr death, hours after his highly publicized interview with Laura Poitras, documentary filmmaker of CITIZENFOUR, Glenn Greenwald, and EDWARD SNOWDEN via Youtube google live broadcast… is suspicious unless you believe in coincidence.

Article rundown on recent deaths and journalists in recent news.

There is much more to these stories… The question is, whether Carr crossed a line and was targeted. When you don’t believe in “coincidence” it means you acknowledge that there is more going on here than meets the eye and we must delve in deeper to get the truth.  This is worth doing.

FOR MORE ON THIS GO TO MY ARTICLE:  SNOWDEN HANGOUT…

I must confess that I want to believe… watching Snowden, Carr, Greenwald and Poitras hanging out together chatting amiably together in a sort of mutual love fest with sincerity dripping from every pore.  But something doesn’t feel right

I get that Carr is right on the verge… that he of all of them must be closest to realizing the limits of the perspective they are all sharing.  In some desperate gesture at community, Carr, with his addiction to other worldly pursuits, escapism and so on… shows his vulnerabiiity and intelligence and yet, he refrains from asking anything that would drive this interview down the road into the land of truth and consequences.  Instead he praises and purrs his admiration.  But somewhere lurking behind all of them (and no doubt in the minds of the rather large student audience in attendance) who didn’t give a standing ovation.. at least in view of the camera before they skillfully cut away, only ONE guy fell completely for the bill of goods they were being sold and stood up clapping at the end.

Surely someone must be saying to one of them, all of them, later after the interview… What was it all about?  Why belabor for the hundreth time the “drama” of the Hong Kong Hotel Room…? When that is already in an “award-winning” documentary “in a theatre near you”?

Does anyone ask why we must safe guard ourselves against a government elected to serve the people?  A government and surveillance technology that has become our Watcher and our Keeper, holding the keys to our Freedoms locked up inside laws like the Patriot Act and so many others far beyond our reach?  Does anyone tread into the land of Artificial Intelligence?  Surely Snowden, with his high tech skills must know there is some.. “thing” out there that has taken over the role of surveillance that goes so far beyond collecting documents… that our very future of the human race may be at stake?

When the alarm in the room goes off in the short scene excerpted for the audience from CITIZENFOUR does anyone register Snowden’s fear… his very real trepidation surrounding that supposed “test” which was of course not a test.. (no coincidence there) .. that moment is when he actually is revealing his knowledge of the AI … again a surveillance and level of control way out beyond the level of a few Tor browsers.  He knows.  But he doesn’t let on.

It can’t possibly be easy to want to do something so heroic and at the same time, to know a much darker truth.  One that far surpasses the focus of the documentary or the limited parameters of what it means when secrecy of the state orchestrated through the NSA linking through all the various secret networks and fibers going beneath the sea and through the Aether have turned the world we once knew into something so sinister that only HUMAN CONSCIOUSNESS has any chance of circumventing and transcending it.

And CONSCIOUS we must become in the face of this.  But unfortunately, unquestioning interviews such as the one conducted prior to Carr’s all too hasty death, are not the way to get there.  A candle in the wind is he, and all it would have taken is the slighest push from a carefully targeted electronic pulse.. to tip him ever so gently into the abyss.

I would like to think that perhaps Carr, realized after hours, of his failure to take the real plunge and dig deeper in this instance.  To have attempted a little harder to reveal the limits of the matrix, the sinister fabric of surveillance in our lives.  Here one moment and gone the next.  So fleeting.  And I would like to ask any future journalists who can get close enough to interview someone like Snowden or Assange or some head of state or worse… to ask the hard questions.  Stand up for all of us and to please not rest in the soft repose of the comradery of the conventional but instead have the courage, to break on through, as Jim Morrison would have said, to the other side.