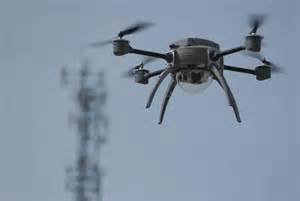 Note:  Scroll down for the Addendum section FOR THE UPDATE.

I was sitting around chatting with a friend and discussing the unlikely event that is the disappearance of Flight 370.  When we decided to follow the trail of the various clues where no one appears to be looking.

For example, if 20 employees of the same company all went aboard the same plane, assuming at least several may have been as has been reported, possibly patent holders.  Then when exactly did they buy their tickets?  One might ask when all 20 employees bought tickets to fly direct to China?  And if, the illuminati (specifically Rothschild) — who owns Freescale Semiconductor, did not have the necessary time to adequately create an alibi for let’s say, a planned disappearance and redirecting of the plane to Diego Garcia… It would be interesting to wonder if:

1.  The 20 employees all bought tickets around the same time… even last minute.

2.  The 20 employees (or even say some of them) might have been planning something.. say a ‘walk-out” or possibly banding together to deliver top secret plans to the Chinese for the recent controller chip (KLO2) that they just released.

3.  Or were all 20 employees, mind controlled and directed to all board the same plane, contrary to prudence of a top chip manufacturer putting their best and brightest all on one plane.  Not a wise move.  Unless those employees were being “directed” to do so…

It seems clear after evaluating the clues we have so far that this operation was not well planned and perhaps had to be pulled together at the last minute.

I would be willing for example, to bet that the two so-called supposed terrorists who boarded with fake passports, bought last minute tickets.  They seemed to be part of a very last minute poorly constructed alibi for the disappearance of a plane that could not, would not, must not at all costs, reach its destination… China.

It seems no one is looking at this scenario closely enough to be able to see that this so-called false flag does not seem to have been planned in advance.  Instead, it seems that the plane was taken off-course because news of either what it carried, what the employees were carrying or what was on board, could not be allowed to reach its destination.

We need to determine what it was that the 20 Freescale employees were carrying that whoever engineered this stealth kidnapping, did not want to reach the Chinese.  This much seems clear.

It seems that the VERY PUBLIC DISAPPEARANCE of a commercial jet with 239 people would have to either be:

1.  A purposeful show of “strength” and technique displayed as a message government to government, whether Americans to Chinese or Russians or Israeli … set out at the expense of those on board.

2.  Or it was the result of an unexpected last minute reveal to those in charge of Freescale that something was going on board along with those 20 employees.

The seemingly coincidental nature of the fact that you have a company (Freescale) that deals with:

2.  Has just a month before released their latest controller chip “the size of a dimple on a golf ball” cannot be simply “a coincidence”.  Aside from the fact that there are no coincidences.. Everything plays a part however insignificant… leads one to want to investigate further into exactly what this “controller chip” is capable of… and whether, revealing the technology behind such a chip is enough to risk the public disfavor and a grandstanding manuever of such apparent disdain for the lives of the innocents on board.  It would seem that at least some of the Freescale employees on board were not so innocent.

Is this chip a sort of mini SKYNET command and control centralizer for running who knows what amount of software/hardware at what distance.  This is an example of a question that might be asked.

In a recent Rense radio show, Tim Rifat, occult magician and researcher, mentioned the possibility that the hijacking was in order to get hold of say, the 12 Chinese Freescale employees who might be what is called SUPERUSERS… in order to hook them up to an AI under command and mind control and get them to control say, Putin, in order to change the trajectory of the Ukraine situation.  But this seems while, very tantalizingly scifi — (and quite along the lines of the upcoming Johnny Depp movie TRANSCENDENCE)…less than accurate. The very public display of disappearing a whole commercial jet of 239 people in the process seems like overkill.  Rather, if all they wanted to do was kidnap and control a high level techie, or several of them… then they could quite easily do that anytime.  They wouldn’t have to do it publicly and with all 20 from the same company in plain daylight on the world stage.

What is much more likely is that this plane containing 20 employees of the same company was headed directly to China with something on board that they were going to DELIVER.  One must ask, when the dust settles and what you have is questions such as :

1.  Why this particular plane?

2.  Does where it was headed have anything to do with why it was taken?

3.  Why were 20 employees of a company specializing in stealth technology that had just released a world class chip on the scene disappeared?

4.  Is it possible the employees of Freescale had banded together and figured out something key about what they were dealing with? Or were they made an offer they could not refuse by the Chinese?

5.  As referenced by my interview with Field McConnell and David Hawkins, was it a coincidence that Michelle Obama was in a hotel in the same city where the plane was supposed to be headed?  Could she have been there to “broker a deal”?  Did she fail?

These are just some of the important questions people and especially real journalists should be asking.

It is also important to note that my interview with Mike Harris, radio talk show host and former contractor to top executives at Motorola when Freescale Semiconductor was part of it, was told to shut up, just after his interview with me.  That interview has been very widely viewed.  What is it Mike knows related to the history of Freescale that would be so important that the CIA would want to silence him, no doubt, in the interest of “national security”?

Go here to view my interview with Mike Harris

According to a source the Israelis took the plane in order to steal the ‘controller chip’ because they need it in a war against Iran.  Paraphrasing, “imagine a missile that delivers dromes as small as insects that fly or crawl, and have deadly capabilities, they can climb into the ventilation system and kill everyone at the Iranian nuke facilities.”

Perhaps, an Israeli fantasy (war with Iran) however, is this the real reason behind the abduction of the aircraft and its passengers?

It is also significant that the new chip (a micro-controller) also called the KLO2 released into the public domain in February by Freescale can turn a human into a computer… Which sounds remarkably useful for controlling and manipulating androids (a human looking robot)… www.wired.com/2013/02/freescales-tiny-arm-chip/

The SKYNET, terminator aspects of this story seem to be expanding.

It would seem actually that Israel is already deeply involved in Freescale and would have no need to abduct a jet with their own employees.  Freescale has an Israeli office.

It would also be suicide for Israel to attack Iran even with U.S. help.  Because ultimately the Israeli people would be the ones to suffer… The country is so tiny that it would take very little to wipe it off the map.  So why blame the disappearance of the jet on Israel?  This sounds like a convenient misdirect.

What is more likely is that the U.S. and Israel (and the UK) conducted a joint operation redirecting the flight using the Boeing non-interruptible auto pilot… to Diego Garcia.  The employees of Freescale are likely to have been put back to work (albeit as prisoners) in an underground base (under Diego Garcia) or perhaps at another location.

It seems unavoidable to conclude that the technology (whether patent holders or not) as a brain-trust via the employees on that plane or actual specs or other significant components must have been on that plane.

The false flag “use” of Flight 370 does not hold up simply because they can use ANY plane for the purpose of a false flag and wouldn’t have to go to all the trouble to abduct 239 people on a commercial jet in the process.

One has to ask, why that jet, why on that particular date and why one that has that number of employees all from the same company… This is the direction that a legitimate inquiry should go.

Indeed, the most obvious motive would appear to be something that the U.S./Israel and the UK did not want to get into the hands of the Chinese.