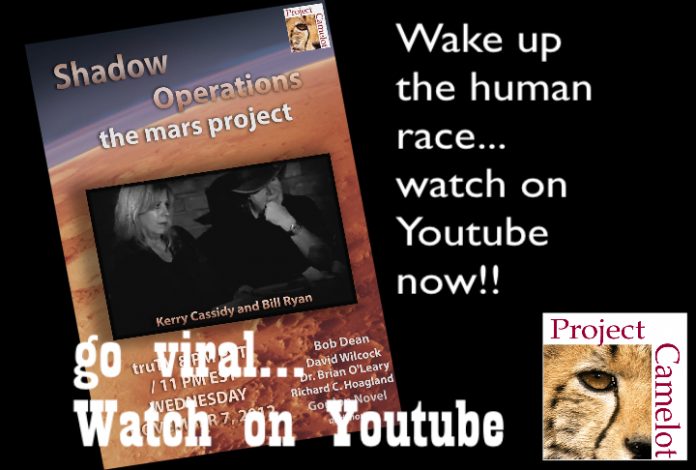 I said I would reveal the behind the scenes info on what really happened on the making of our recently aired PILOT FOR TruTV: SHADOW OPERATIONS:  THE MARS PROJECT…

So here it is.

First off, they wanted to kill the show… They put it on the shelf for 2 years and then when they released it they did NO ADVANCE ADVERTISING WHAT SO EVER….

In fact, they did NOT notify us, the other stars (our witnesses) or the Production Company (Fishbowl) or our original producer in advance of the airing.  NO NOTICE.  Not to our agent and not to our producer.

The ONLY way we found out within 24 hours was from a Camelot supporter who happened to see the show LISTED in their daily schedule… and notified us.

We then kicked into gear… with our very small Camelot team, and made a poster, and started sending messages out urging our supporters to WATCH IT LIVE so it would get the necessary RATINGS that would make it go to Series.

Of course even with our substantial following on the net it doesn’t come close to the lowest rated show on TV simply because mainstream TV viewers are in the many millions even those watching stupid shit like pawn shop stories, auto theft and other brain-dead fare.

Of course they KNOW THIS and so this is how they kill a show.  They aired it, to satisfy advertisers and most likely their commitment to the production company.  But without advance notice the show was guaranteed to get buried.

What they didn’t factor in is YOU.  Our loyal fans and supporters.  Because of you we actually got rated… not great but we made a showing.  Pretty damn good with no advance notice.  AND much more importantly you are now making THIS SHOW A SUCCESS because YOU are sending it viral.  And we want to thank you on behalf of all of humanity because without this show… most of humanity STAYS IN THE DARK never the wiser… about the truth behind the Matrix, the black projects and secret space program that is stealing money and lives from YOU in order for it to survive.

REMEMBER REMEMBER THE 5TH OF NOVEMBER…. SO SAYETH THE V FOR VENDETTA film… en.wikiquote.org/wiki/V_for_Vendetta_(film)

PLEASE GET THE TRUTH OUT….  continue to send this show out to the far corners of the PLANET… let’s make sure our brothers and sisters REMEMBER WHO THEY ARE… and let’s take back this planet from those who would use and abuse us and our families….

Thank you.  PROJECT CAMELOT: GET THE TRUTH OUT 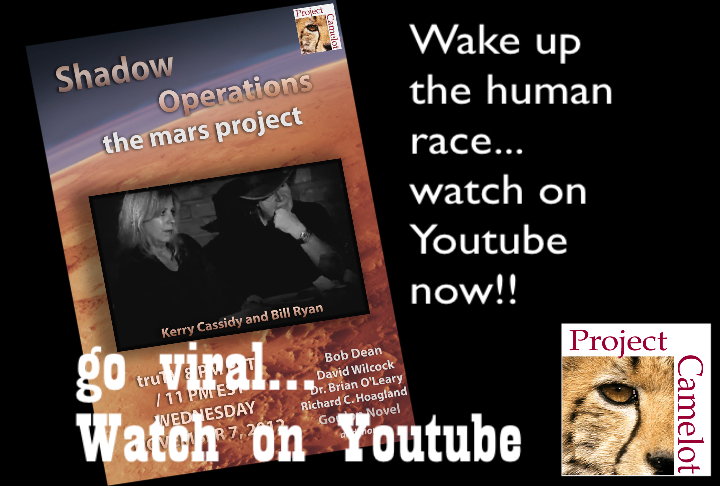