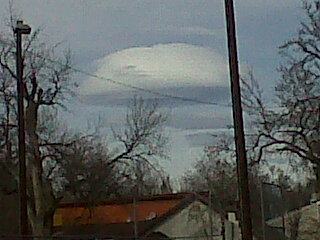 After reading my recent blog post regarding movement of large equipment via dimensional doorways, a Camelot viewer sent in the following photos, suggesting they appear to be ‘shielding’ or hiding something.

These cloud formations were in a straight line for what looked to be going on “for miles” and headed south toward Denver.

Strangest clouds I’ve ever seen.  I actually thought I was looking at an aerial transfer of something cloaked in clouds.

This type of photo is not that unusual.  And it does often appear to be hiding a ufo.  These were taken in January 2012 and posted here as examples of some very interesting cloud formations that may be more than meets the eye. 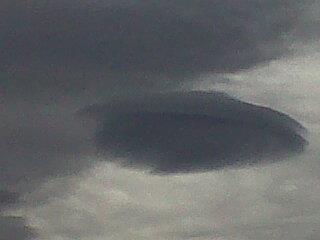 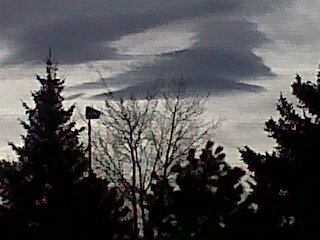